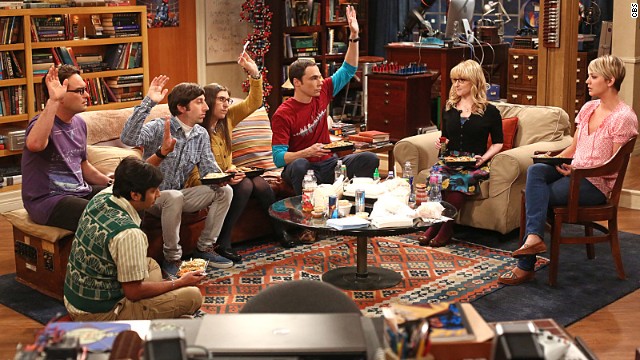 Raise your hand if you're excited for the return of "The Big Bang Theory!" season 8 kicks off on September 22, and things have changed for our favorite Pasadena physicists. Let's catch up with where the cast is at the start of Season 8. 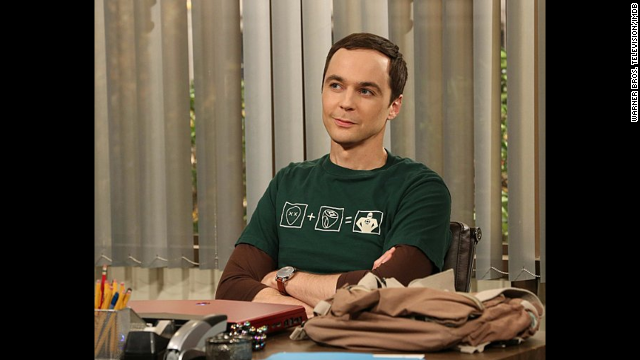 Jim Parsons has won four Emmys for his portrayal of physicist Sheldon Cooper, who is as clueless about social interaction as he is knowledgeable about science. At the start of season 8, Sheldon makes a grand return back home after trying to run away to clear his head with a train trip. Although he didn't deal well with change last season, by the second episode he's taking on a new job. 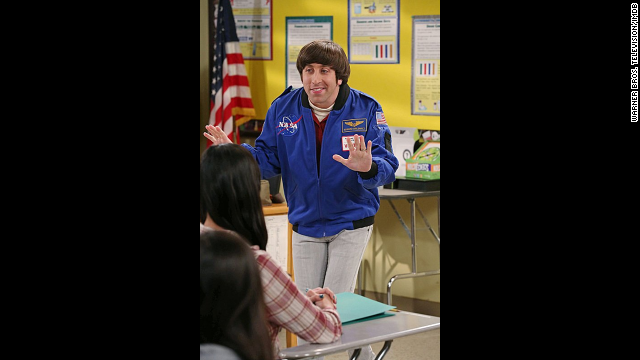 Simon Helberg plays Howard Wolowitz, an aerospace engineer who started out a bit awkward with women, but these days is happily married. At the start of season 8, he's having trouble adjusting to the new, prominent role his mother's caretaker, Stuart. 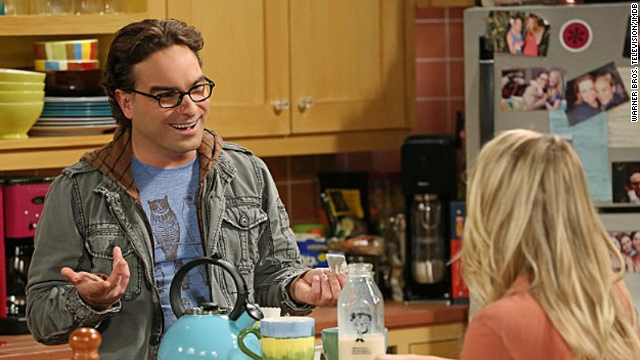 "Roseanne" alum Johnny Galecki stars as Leonard Hofstadter, Sheldon's long-suffering roommate and, as of the season 7 finale, the future husband of Penny (Kaley Cuoco). He is a physicist. As far as his new engagement to Penny, executive producer Steve Molaro has warned that fans shouldn't expect to see a wedding any time soon. 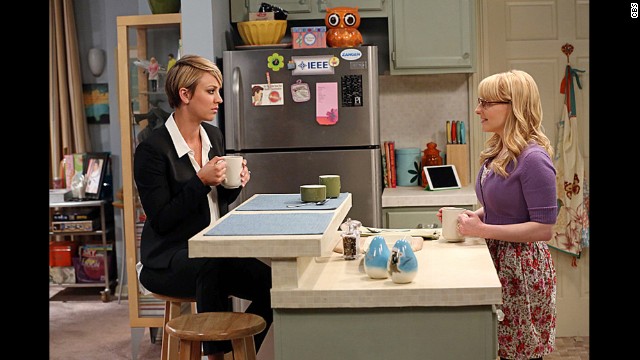 Cuoco, left, plays Penny, a waitress who can't quite match wits with her group of friends but nevertheless hangs out with them. In season 8, Cuoco's new haircut won't be the only change for Penny, who's embarking on a career as a pharmaceutical sales rep with help from Bernadette (Melissa Rauch, right). 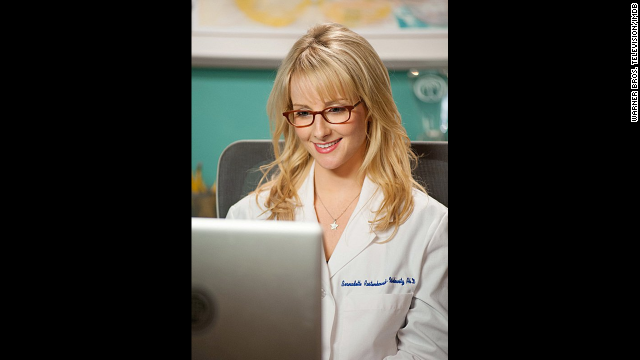 Rauch's Bernadette Rostenkowski-Wolowitz is a highly paid scientist who is married to Howard. A frequent joke in the show is how she can be as overbearing as his mother. 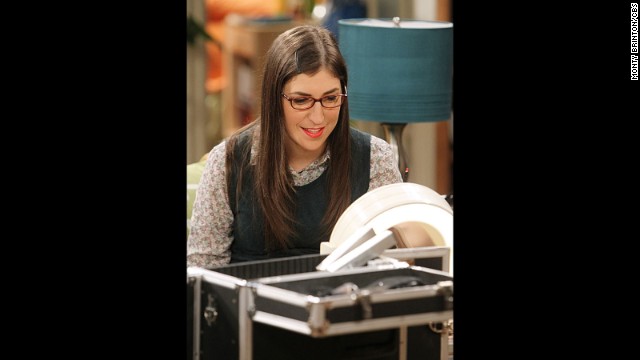 Three-time Emmy nominee Mayim Bialik plays Amy Farrah Fowler, a scientist who is involved with Sheldon. She also believes she is best friends with Penny. Although Amy and Sheldon have definitely progressed in their relationship (they even kiss now!), they're still taking it very, very slowly as season 8 begins. 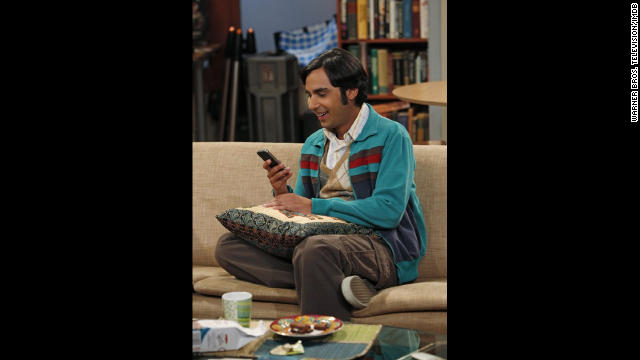 Editor's note: Watch out for light spoilers on what's to come in CBS' "The Big Bang Theory."

The top-rated comedy returns to CBS on Monday with its eighth season premiere after contract talks briefly held up production in late July.

But since the contracts have been hammered out -- with some of the leading cast members now earning a reported $1 million per episode -- "The Big Bang Theory" is moving forward with what sounds like a season full of changes. Let's hope Sheldon can cope this time around.

Here's what we've heard fans should expect for season 8 of "The Big Bang Theory":

At the end of season 7, Sheldon Cooper (Jim Parsons) announced that he couldn't handle all of the new developments happening in his life, and was "getting on a train and leaving forever."

His plan to "live off the land" didn't go so well, as he makes his return in season 8's hour-long premiere after getting robbed on the train. As a sneak peek shows, Leonard (Johnny Galecki) and Amy (Mayim Bialik) have to head down to Arizona to collect Sheldon and bring him back home.

Don't expect a wedding for Leonard and Penny

Penny (Kaley Cuoco-Sweeting) and Leonard may have ended the seventh season with an engagement, but executive producer Steve Molaro told TV Guide they're not rushing the couple to the altar. They're going to take it so slowly that Molaro is "99%" sure that a wedding won't happen in season 8.

"We're not anti-wedding. It's just they're feeling this out," the EP said. "Stuff with money and things like that can come up with them being engaged without us having to rush to the altar and change the fabric of the show."

Besides, Molaro added, he's just not ready to see Leonard and Sheldon cease being roommates.

Sheldon and Penny get new jobs

Not to mention that Penny has a big career shift in front of her: The waitress/actress is leaving the drama behind for a new job as a pharmaceutical sales rep at Bernadette's (Melissa Rauch) company. You'll see her interview with her new, much shorter haircut during tonight's two-part premiere.

The new gig has the potential to rock the boat in Penny's new engagement. "It alters their dynamic because now she's actually doing well financially," Molaro told TVLine. "It's a new chapter for her."

Along with Penny, Sheldon's also carving a new path at work. He'll get to study dark matter as long as he takes a job as a junior professor. Yet it looks like no one's interested in taking Sheldon's course -- except for Howard, that is.

"He's playing too many roles for my character to feel comfortable with," Simon Helberg, who plays Howard, says of the new season. "It's a bit of a threat to Howard that he's being replaced as a son."

Sheldon and Amy are taking it slow

Amy was not pleased that Leonard and Penny let Sheldon go off on his soul-searching journey, and the couple's reunion isn't exactly romantic. It's Leonard that Sheldon calls when he gets into trouble, and when Amy shows up with Leonard at the police station, a surprised Sheldon asks, "Why did you come?"

But the couple's come too far for Sheldon's social fumbles to get in their way. "We're always moving them forward in baby steps," producer Molaro told TVLine. " "They're on the same trajectory that they've been on since they met, and that is she is continuing to drag him along into this relationship, whether he wants to admit that he likes it or or not. He's come a long way."

Emily and Raj are going strong

The couple is still together as season 8 begins, and Molaro promises that we'll learn more about Emily as the season progresses.

"The Big Bang Theory" will air on CBS Monday nights at 8 p.m. ET until October 30, when it will shift back to its usual timeslot of Thursdays at 8 p.m. ET.