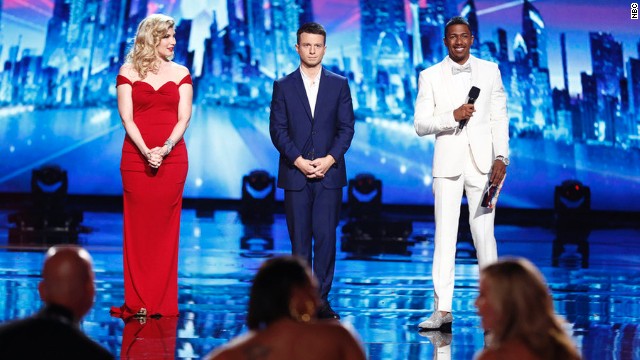 Editor's note: This article contains spoilers for the September 17 episode of "America's Got Talent."

Franco won a $1 million prize and will get to headline the "America's Got Talent" show in Las Vegas.

The winner searched for words when host Nick Cannon asked him how he felt before finally settling on, "Un-freaking believable."

Judges Howie Mandel, Heidi Klum, Mel B and Howard Stern would probably use the same phrase for some of the card tricks Franco showed them this season. Last week, he surprised judges with a reappearing card, and during the finale he managed to relocate cards from some surprising places.

Singer West may have lost to Franco, but the runner-up sounded just as pleased with the final decision.

"This has been the most unbelievable experience," West told host Cannon. "Thank you 'AGT,' thank you Mat Franco for winning and taking on the world. I am very honored. Thank you so much for having me on your beautiful show; it changed my life."

Indeed, West got the opportunity to do a duet with Cyndi Lauper during Wednesday's finale.

Their performance wasn't the only shining set of the evening. Quintavious Johnson, 12, one of six contestants to make it to the finale, ended the season with a winning duet featuring Jennifer Hudson.

Hudson and Lauper were just two of the stars who showed up for the season finale: Ed Sheeran, Train, Lenny Kravitz and Pitbull also performed.