Why Jaws was best 'Bond' villain ever 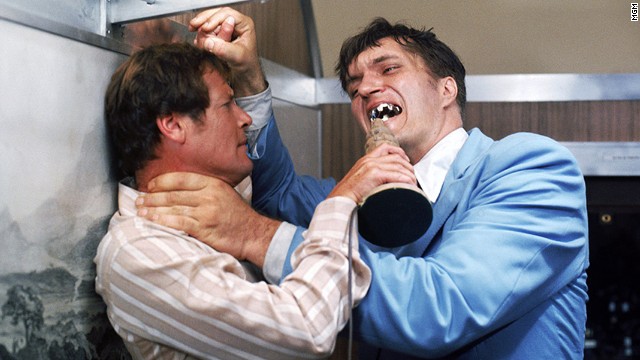 Richard Kiel, the hulking 7-foot actor whose metal-toothed assassin "Jaws" terrorized Roger Moore in two James Bond movies, died this week at age 74. Here he fights the British agent on a train in 1977's "The Spy Who Loved Me" before Bond zapped his teeth with a broken lamp. 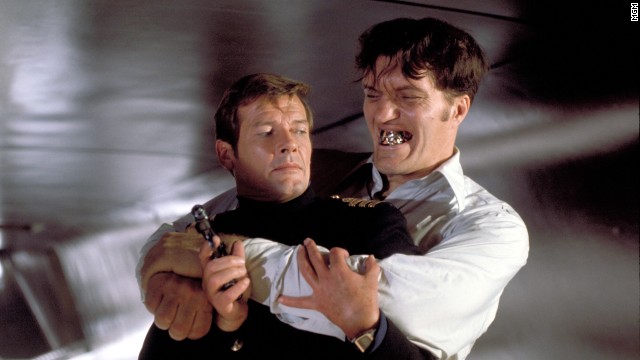 Although Bond thwarted him over and over, Jaws proved a stubborn nemesis. In "The Spy Who Loved Me" alone, he was buried under an Egyptian ruin, thrown off a train and dropped into a shark tank -- and survived each time. 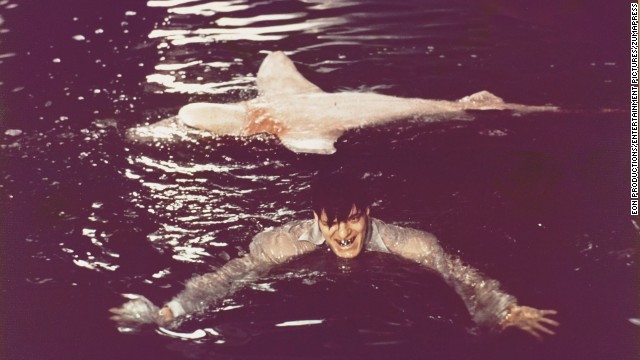 Jaws 1, shark 0. The producers of the Bond films saw potential for campy humor in Kiel's character, who outdueled this shark by biting it. 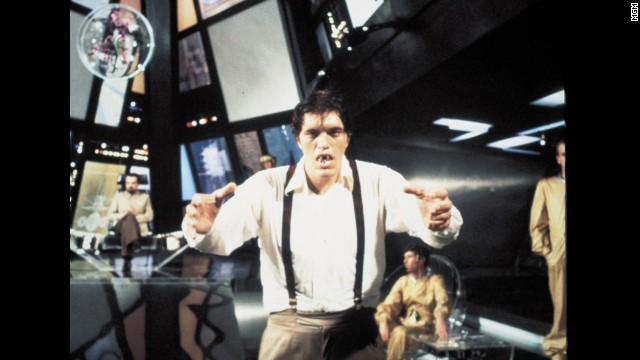 Jaws was so popular with moviegoers that the producers of the Bond series brought him back for 1979's space-themed "Moonraker." 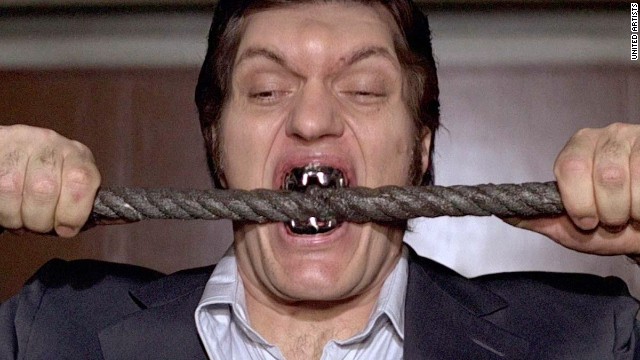 Here Jaws bites through a cable supporting an aerial tram in "Moonraker." His subsequent battle with Bond on the tram, above Rio de Janeiro, was one of the movie's highlights. 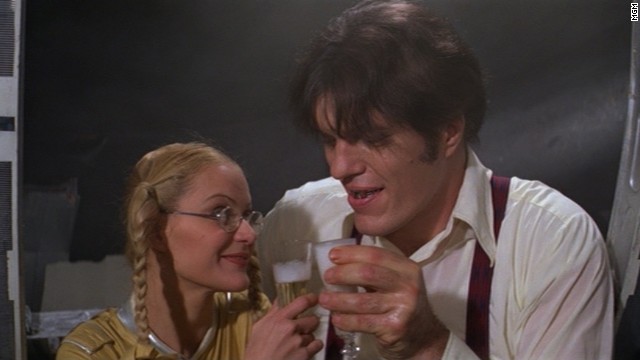 How much did the Bond producers like Jaws? They even gave him a pigtailed love interest in "Moonraker." 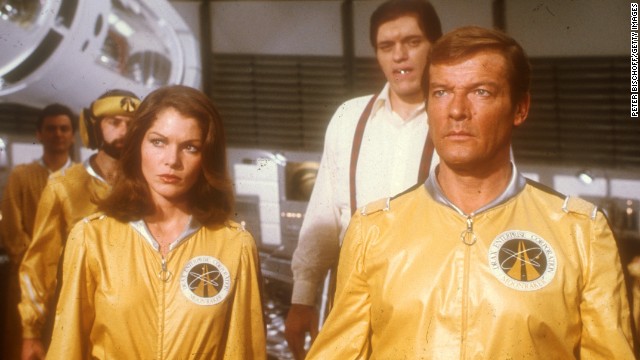 Editor's note: Gene Seymour is a film critic who has written about music, movies and culture for The New York Times, Newsday, Entertainment Weekly and The Washington Post. The opinions expressed in this commentary are solely those of the writer.

(CNN) -- You couldn't really call him a "Bond villain" in the grander context of Dr. No, Auric Goldfinger, Hugo Drax or that annoyingly resilient cat-fancier Ernst Stavros Blofeld. Those guys were schemers, planners, twisted visionaries of mass apocalypse whose Big Ideas were to be played out at humanity's expense.

They thought they were so much smarter than the rest of us that it made it easier to invest our collective hope that James Bond would ultimately ruin their parties.

But Jaws? We could never get as worked up about him any more than you get upset about a lower-level employee called upon do to a dirty job, even if the employee is over 7 feet tall and has the chromium grill of a compact car for teeth.

In the fantasy universe of henchmen and human tool-kits, Jaws was the uberstooge, an angel of death who couldn't soar far or fast enough to deliver the coup de grace to 007. It's not that we (necessarily) rooted for Jaws any more than we really wanted Wile E. Coyote to catch the Road Runner. Wait, maybe we did. Jaws often resembled that poor scrawny desert wretch whenever he fell (literally) short of his quarry.

In any case, we had so much fun watching him chase Roger Moore's plummy-voiced version of Bond in 1977's "The Spy Who Loved Me" that we cheered upon first seeing him return in 1979's "Moonraker." Imagine how Goldfinger's henchman Oddjob would have been received if his hat hadn't gotten caught in that electrified grill.

Monstrous as Jaws was, there was something deep inside that made us feel a little sorry for him when having all that muscle and menace and grillwork did him little good. (I mean, c'mon, man, you can take down a real shark by yourself, but can't do away with a smarty-pants secret agent smaller than you?)

The man who played the role, Richard Kiel, died Wednesday in Los Angeles at 74. And it's no surprise to learn, from an interview he did in 2009, that he insisted on making him less a walking prop and more like a person with such "human characteristics" as "frustration" and "perseverance."

There was more of the latter than the former in Kiel's post-Bond career. He embraced his Jaws-inspired notoriety with abiding grace and generosity. He continued to act, became a born-again Christian after a bout with alcoholism and even co-wrote a biography of the Kentucky abolitionist Cassius Clay for whom the Louisville-born Muhammad Ali was originally named.