End the flood of dark money in politics 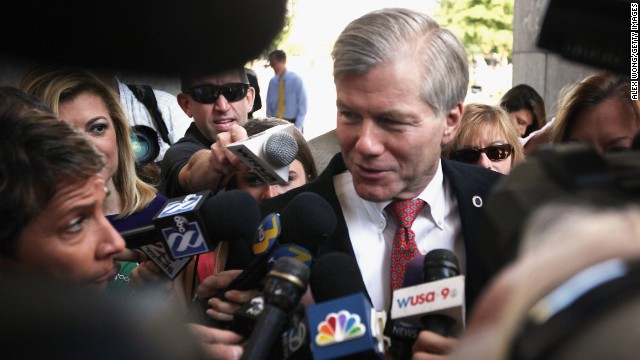 Former Virginia Gov. Bob McDonnell arrives at his corruption trial in Richmond, Virginia, on Thursday, September 4. A jury convicted McDonnell and his wife, Maureen, on charges related to influence peddling, concluding a sometimes dramatic trial and derailing the political ambitions of the one-time rising star in the Republican Party. 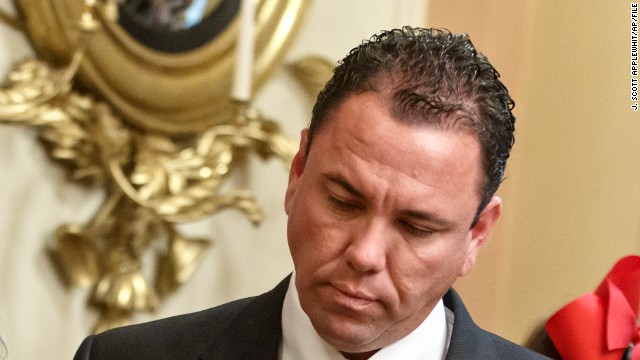 Rep. Vance McAllister, shown here as he awaits to be sworn in to the House last fall, asked for forgiveness from God, his family and his constituents after a newspaper published what it said was surveillance video showing the married Louisiana Republican making out with a female staffer. 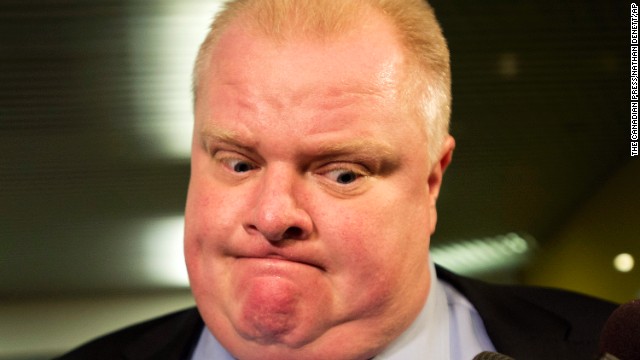 Toronto Mayor Rob Ford addresses members of the media outside his office in Toronto, on November 7, after the release of a video showing Ford in a rage. Ford has admitted smoking crack cocaine. 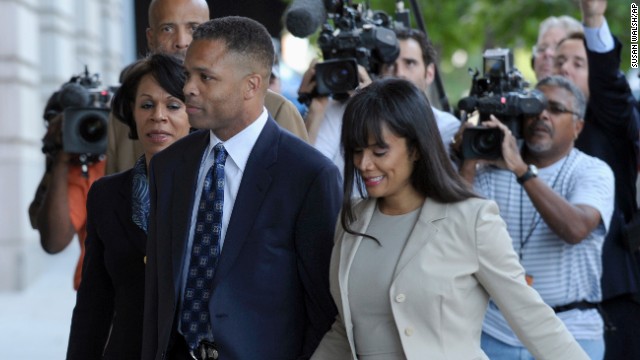 Former U.S. Rep. Jesse Jackson Jr., D-Illinois, and his wife, Sandra, arrive at federal court in Washington for sentencing in August 2013. Jackson was sentenced to 30 months in prison for improper use of campaign funds, while his wife got 12 months for filing false tax returns. 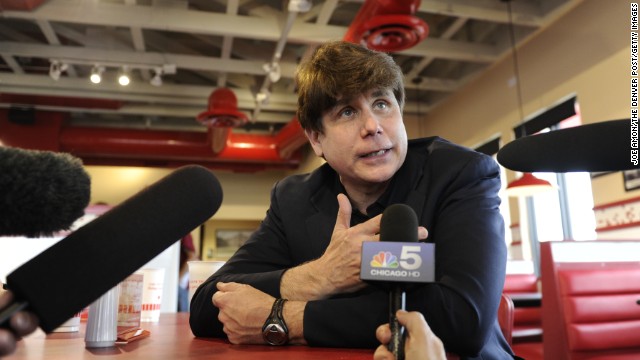 Former Illinois Gov. Rod Blagojevich was sentenced to 14 years in prison in 2012 after being convicted of 18 criminal counts, including trying to sell the appointment to fill the U.S. Senate seat vacated by Barack Obama's election as president. 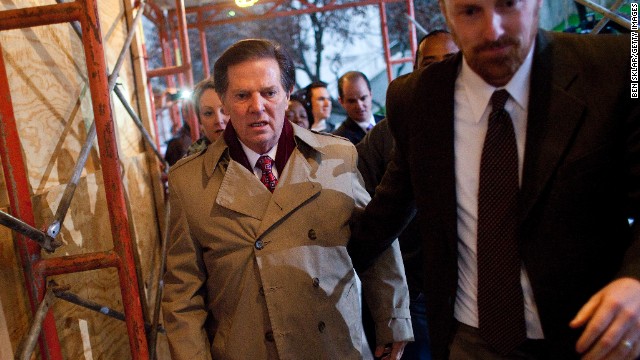 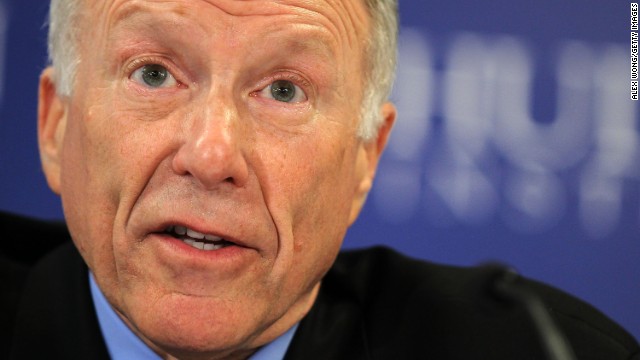 Lewis "Scooter" Libby, former Vice President Dick Cheney's chief of staff, was convicted in 2007 of obstructing a federal investigation into who revealed the identity of CIA agent Valerie Plame Wilson. He was sentenced to 30 months in prison and fined $250,000, but former President George W. Bush commuted his sentence. 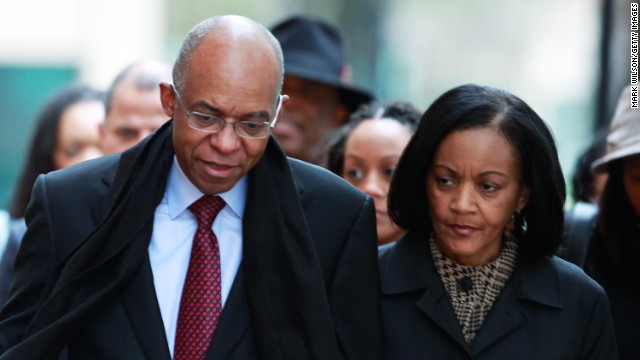 Former U.S. Rep. William Jefferson, D-Louisiana, was sentenced to 13 years in prison in 2009 after being convicted of 11 counts of corruption related to using his office to solicit bribes. He was also ordered to forfeit $470,000. 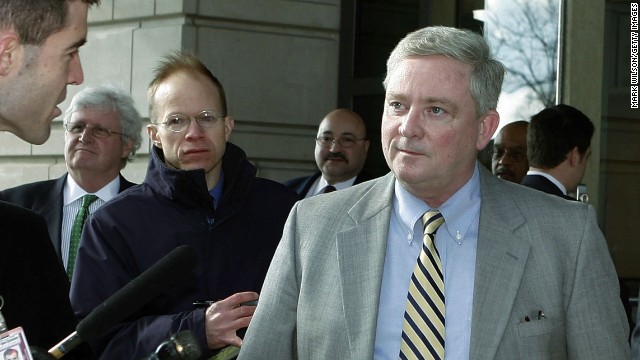 Former U.S. Rep. Bob Ney, R-Ohio, was sentenced to 30 months in prison in 2007 after being convicted of conspiracy to commit fraud and making false statements to investigators. 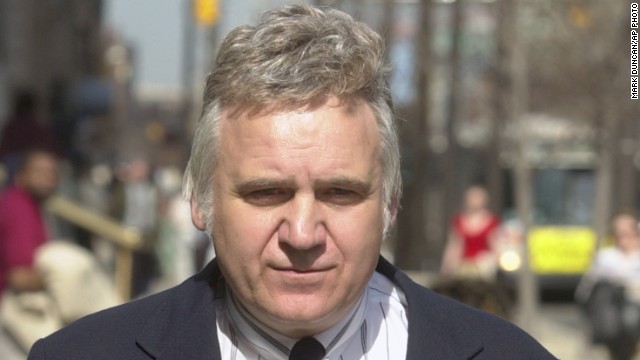 U.S. Rep. James Traficant Jr., D-Ohio, spent seven years in prison after being convicted of bribery and corruption and tax evasion charges in 2002. 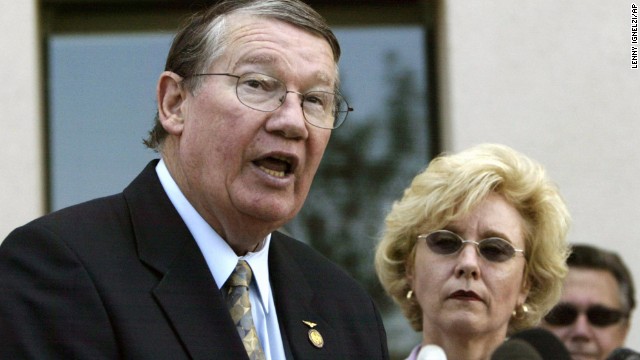 Former U.S. Rep. Randy "Duke" Cunningham, R-California, was sentenced in 2006 to eight years in prison after he was convicted of collecting $2.4 million in homes, yachts, antique furnishings and other bribes on a scale unparalleled in the history of Congress. 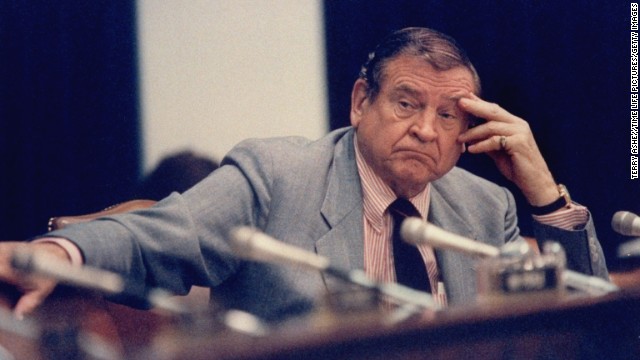 Editor's note: Lisa Gilbert is director of the Congress Watch division of Public Citizen, a nonprofit group based in Washington. The opinions expressed in this commentary are solely those of the author.

(CNN) -- Thanks to several overreaching court cases, including the most well-known, the Supreme Court's disastrous Citizens United decision, the past five years have given us a whole new understanding of corporate power and its intersection with "dark money" political spending.

The price tag for elections continues to steadily rise. Candidates and outside groups are closing in on $1 billion spent in the 2014 federal election cycle, and even worse, according to the Center for Responsive Politics, undisclosed money has made up $50 million of that spending.

Luckily, the Securities and Exchange Commission could offer a way out of the darkness.

A much-needed rulemaking petition to the SEC that would require public corporations to disclose their political spending to shareholders is receiving historic support. The petition has received a historic number of public comments: over 1 million as of last week.

The SEC can and should act to protect investors and our democracy by creating this rule, which should be as comprehensive as possible, including direct campaign expenditures and gifts to conduit groups like the U.S. Chamber of Commerce that play in politics.

Hardly anyone need be told that the campaign finance landscape has changed dramatically in the past three elections. And a big part of that story is the corporate political spending that is laundered through dark money conduits, nonprofit organizations and trade associations repurposed into political spending juggernauts with the ability to keep their donors secret.

Corporations with an aversion to disclosure have found these organizations to be the perfect vehicle for influencing elections and avoiding the wrath of consumers.

Ciara Torres-Spelliscy, a law professor and expert in this type of spending, commented (PDF), "Corporate law is ill-prepared for this new age of corporate political spending by publicly traded companies. Today, corporate managers need not disclose to their investors -- individuals, mutual funds, or institutional investors such as government or union pension funds -- how funds from the corporate treasury are being spent, either before or after the fact."

And she's right. Although undisclosed corporate political spending has caused heartburn for transparency advocates and government watchdogs, another group of Americans has equal cause to fret: investors.

Investing in the United States has expanded by leaps and bounds over the past few decades; today, more than 50 million Americans participate in 401(k) retirement savings plans through their employers. The 401(k) system holds more than $2.8 trillion belonging to current employees and retirees, so when we talk about investors, we are actually talking about the public, not an elite class of shareholders.

Corporate political spending could jeopardize the retirement savings of millions of Americans. Gambling with a corporate brand through political spending is a high-stakes game for companies, for the people who depend on these companies to help them save, and the risks cannot be overstated.

For many middle-class Americans, the savings in their 401(k) plans are all they have to ensure a comfortable and secure retirement. These people cannot afford to lose their nest eggs because a company decided to gamble its name and their money on a controversial political cause.

In addition, when a CEO chooses to use corporate money to support causes or candidates, which may be antithetical to a given shareholder political views, in essence, he or she is substituting its judgment of what candidates an investing individual should support for that of their own.

Shareholders have a right to know whether the companies they invest in are playing politics with their money, and the pending SEC rule could put that much-needed information in their hands.

The SEC should immediately give priority to promulgating the rule requiring public corporations to disclose political spending. It can start by putting the petition back on the rulemaking agenda as well as by using its ongoing "disclosure review" process to recommend the rulemaking.

As we begin to crest the wave of the next tsunami of dark and outside money of the 2014 cycle, the need for this type of transparency is blatantly apparent.

This year, as we approach the five-year anniversary of the Citizens United decision, 1 million strong call on the SEC to act. Americans deserve to know who is bankrolling political advertisements, and shareholders need to know whether their investments are being wasted on politics rather than being spent on productive plans to build a better business.