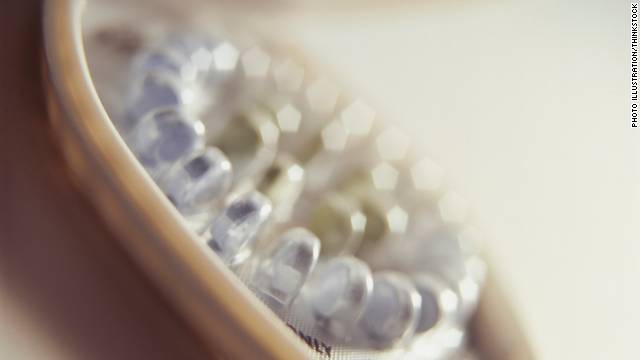 Women have many choices when it comes to avoiding pregnancy. According to the Centers for Disease Control and Prevention, 99% of sexually active women from 2006 to 2010 used at least one contraceptive method at some point. Here's a look at a variety of birth control methods and how they each work. 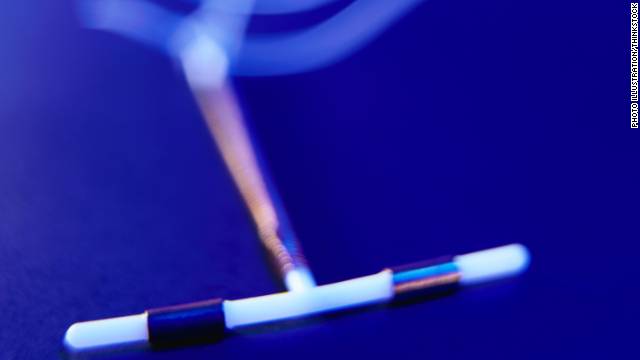 An intrauterine device, or IUD, is a T-shaped flexible device that's inserted by a doctor into a woman's uterus. The devices blocks sperm and changes the lining of the uterus, which may keep a fertilized egg from attaching. Pregnancy is prevented from three to 12 years, depending on the type. 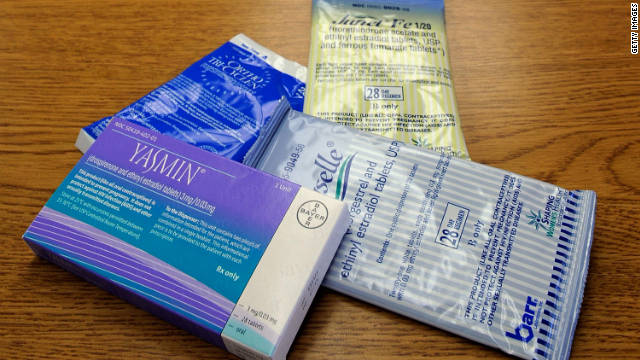 Approved in 1960 by the U.S. Food and Drug Administration, oral contraceptives involve taking a daily pill with a combination of estrogen and a progestin. The hormones prevent ovulation and thicken a woman's cervical mucus, blocking sperm from fertilizing an egg. 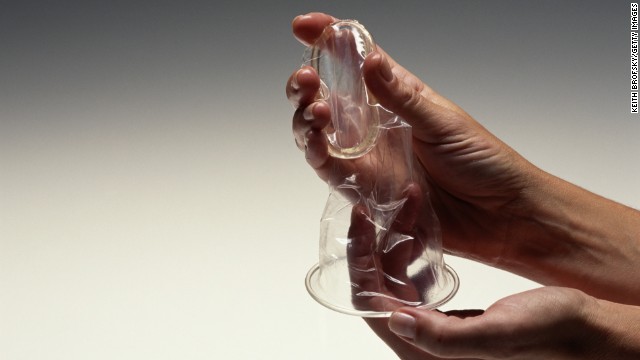 Condoms aren't just for men. The female condom fits inside the vagina with a ring at one end that covers the cervix. When used correctly all of the time, the National Institutes of Health says that it's 95% effective, with the bonus protection from sexually transmitted infections. 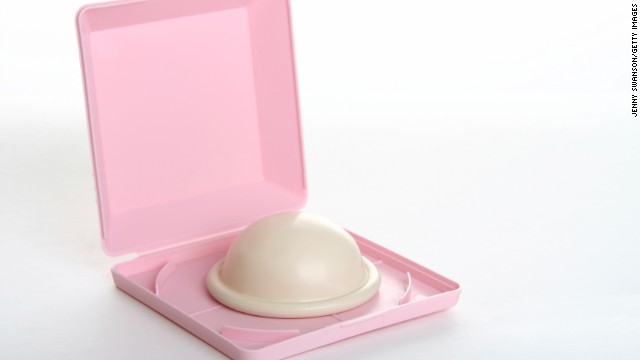 The diaphragm also fits inside the vagina, but only covers the cervix, where it blocks sperm from entering the uterus. It is made of silicone and can last up to two years. A spermicide must be used for greatest effectiveness. 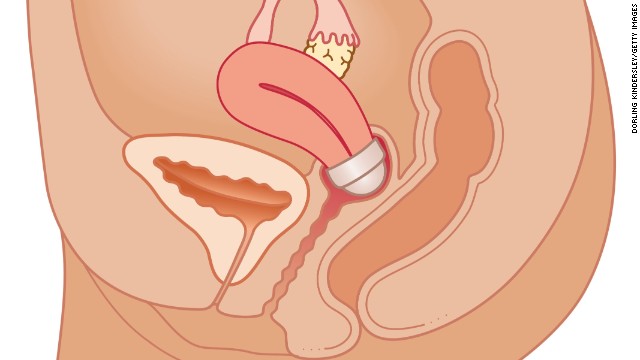 The cervical cap is similar to a diaphragm, only smaller in size and made out of rubber instead of silicone. It is useful for women who find it hard to keep a diaphragm in place. 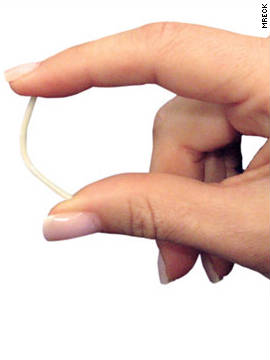 Implants are flexible, matchstick-size devices that are surgically inserted into a woman's arm. They slowly release the hormone progestin into the body, which prevents a woman's ovaries from releasing eggs. The protection lasts up to several years. 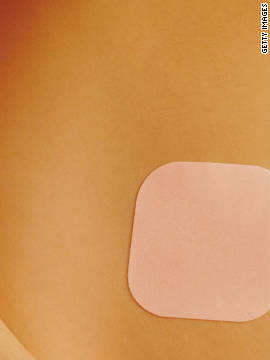 For women who don't want to take a pill or insert a device, the Ortho Evra birth control patch sticks to the body and releases pregnancy-preventing hormones through the skin. A woman must change her patch once a week, for three weeks in a row. No patch is used in the fourth week, then the cycle starts again. 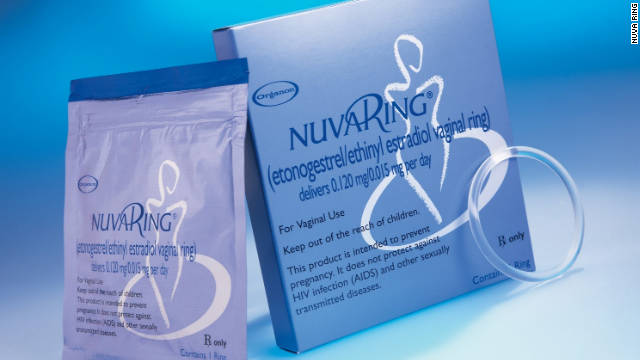 NuvaRing, approved for use in the United States in 2001, is a small, flexible ring inserted into the vagina. It releases estrogen and progestin, the same pregnancy-preventing hormones found in most variations of the birth-control pill. 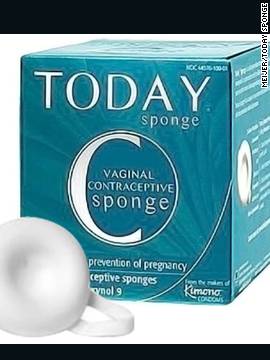 Introduced in 1983, the Today Sponge was pulled from the market after fears of toxic shock but returned in 2005 following design changes. The sponge contains spermicide and can be inserted into the vagina before sex, like a diaphragm, to prevent pregnancy. 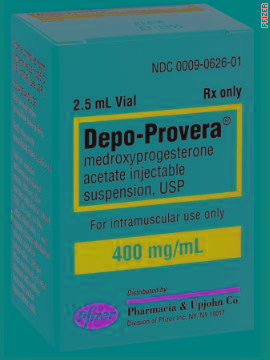 Depo-Provera, an injection form of birth control, provides protection for three months with hormones that prevent ovulation and block sperm. It doesn't contain estrogen as do some other forms of birth control. As a result, it is a popular option for women who can't take estrogen or who are breastfeeding. 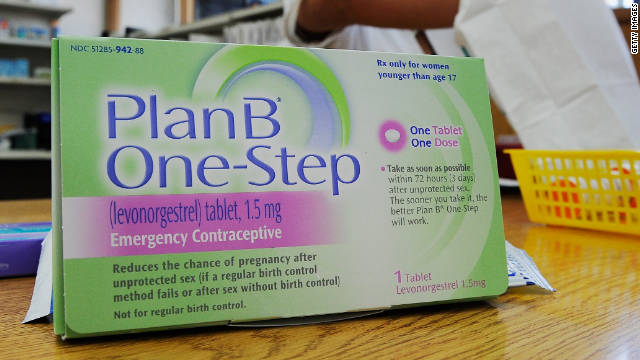 Emergency contraception, frequently referred to as the morning-after pill, can be taken to prevent pregnancy up to five days after unprotected sex. It can prevent the ovaries from releasing eggs and thickens a woman's cervical mucus. The morning-after pill can also thin uterus lining, which could prevent a fertilized egg from attaching.
HIDE CAPTION
A woman's choice
IUD
The pill
Female condom
Diaphragm
Cervical cap
Implant
The patch
Vaginal ring
Vaginal sponge
The shot
Morning-after pill
<<
<

Editor's note: Cecile Richards is president of the Planned Parenthood Action Fund. The opinions expressed in this commentary are solely those of the author.

(CNN) -- Over the past few weeks, politicians who have taken a hard-line stance against insurance coverage for contraception are offering a new alternative: make birth control available over the counter. At first glance, this appears to be a welcome shift, a reflection of the growing support for making birth control available to more women.

It's not. When health insurance doesn't cover birth control and women have to pay out of pocket at the drugstore, it won't expand access to birth control but shrink it.

Thanks to the Affordable Care Act, more than 48 million women in the U.S. are eligible for preventive care, including birth control, with no co-pay. We're not just talking about the pill; we are talking about the full range of contraceptive methods approved by the Food and Drug Administration. That's 48 million women who are able to go to the pharmacy or a doctor's office and get birth control with no out-of-pocket costs. In the first full year of the birth control benefit, American women saved $483 million more (PDF).

So when politicians who have otherwise embraced policies that would drag women back to the 1950s suggest making birth control available over the counter instead of covering it in insurance plans, they're not experiencing a change of heart.

They're suggesting something that would take us back to the days when women had to pay out-of-pocket for their prescriptions, making birth control harder to get for many women, not least women who use birth control methods that simply cannot be stocked on store shelves, like IUDs, one of the most effective (and expensive) forms of long-acting birth control.

Let's get one thing clear: More access to birth control is a good thing. That's why Planned Parenthood was founded nearly 100 years ago -- and it's why a full range of women's preventive care, including birth control, is now covered under the Affordable Care Act.

Planned Parenthood, the American Medical Association and the American College of Obstetrics and Gynecology agree with virtually every other mainstream health care provider and expert in this country: Birth control should be more available. Planned Parenthood has been fighting to expand access to birth control for nearly 100 years. We support making it available over the counter, in addition to requiring insurance plans to cover it -- but not instead of requiring no co-pay coverage. Women deserve both/and, not either/or.

When America's leading doctors and scientists sat down last year to identify the top 10 public health achievements of the 20th century, here's what made the list: reducing heart disease, fluoride in drinking water, identifying the risks of tobacco, vaccines for a host of epidemics -- and birth control.

That's because for women, the ability to decide whether and when to have children has changed everything. Thanks to birth control, more women are able to get an education, finish school and pursue careers. Women are now making more money (though we still have a ways to go on that front) and are represented in higher numbers in the work force.

In the decades since birth control became widely available, child mortality declined and health outcomes improved for women, infants and children. For women, birth control isn't a controversial topic or a political bargaining chip; it's basic health care, and it's only a "social issue" if you've never had to pay for it. That's why insurance coverage for birth control is so revolutionary -- and necessary.

Let's get one thing clear: More access to birth control is a good thing.

Back when Congress was figuring out what should and shouldn't be included as part of health reform, the nonpartisan Institute of Medicine was asked to develop recommendations for women's health benefits that absolutely had to be in. The Institute recommended that insurance cover eight critical women's health services, including breastfeeding counseling and supplies, HIV screening, domestic violence services -- and birth control.

The bottom line: Political proposals to make birth control available over the counter have less to do with access and more to do with the price tag, which they want women to cover out of pocket. We don't have time or energy to waste on political games, not when roughly half of all pregnancies in the United States are unintended and too many women still struggle to get the health care they need.

At Planned Parenthood, we are eager to work with anyone who has an idea that would make birth control more readily available to women. So to these politicians: Come see us when you're really ready to talk, and let's see if we can come up with the next great advance in women's health.