Apparently This Matters: Congratulations! It's a ... zonkey? 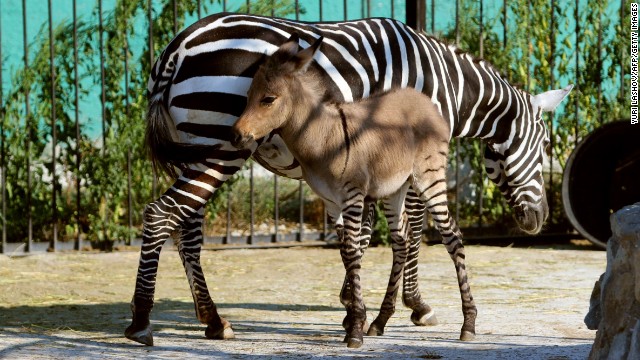 New baby zonkey Telegraph hangs out with his zebra mom at the Taigan zoo park in southern Crimea. Strange. No sign of his deadbeat donkey dad. What an ass. 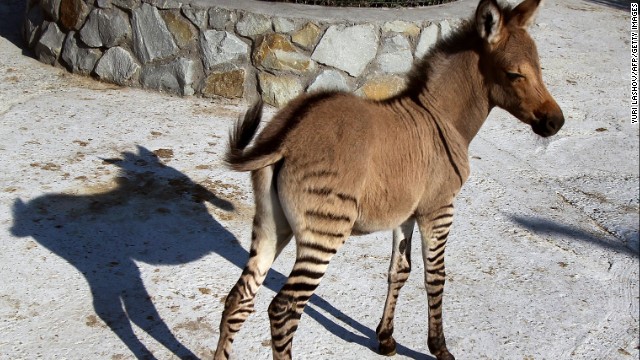 Telegraph's identity crisis will ultimately result in years of therapy. 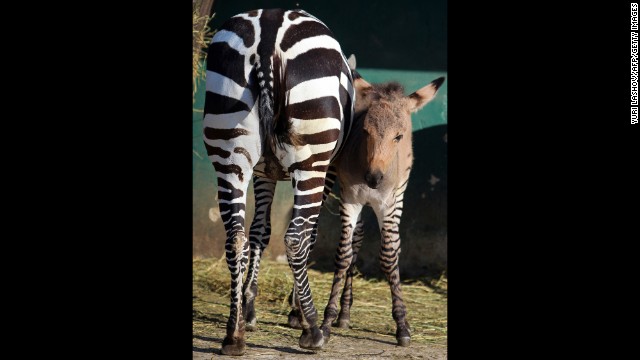 "Are you looking at my mom's butt? That's just gross, dude." 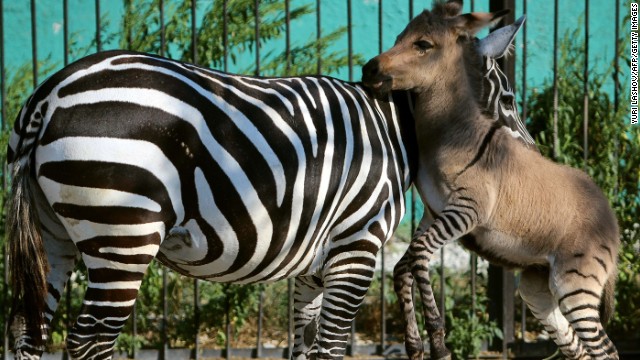 "Mom, why do the other kids call me Zebroid?" 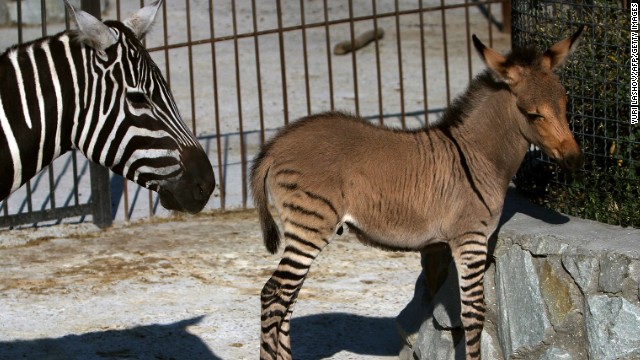 (CNN) -- Despite all the political tension in Crimea, it's nice to know things are still safe enough at the zoo for a zebra to get it on with a donkey.

Because, really, in some weird, small way, it's a symbol of hope. Like an olive branch. Except, in this case, it's a zebra ... getting it on with a donkey.

But as odd as it may sound, things (ahem) worked out, and now we have an adorable new reminder of what can happen when we put aside our differences for the shared goal of peace and love.

That living, breathing reminder is a beautiful baby "zonkey" named Telegraph, who recently came into the world at the Taigan Zoo park near Crimea's main city, Simferopol.

Of course, a zonkey is just what it sounds like. Half zebra. Half donkey. Possibly even part lion depending on what kind of shenanigans were going on inside the stall.

(And if you accept my rather misguided understanding of how conception works.)

But one thing that's perfectly clear is that this little guy is ridiculously cute. And everyone is talking about him.

So, it sort of makes sense that Telegraph was named for a local newspaper, honoring the publication's fifth anniversary. Though, when you think about it, that may or may not be a compliment to the publication.

"Congrats. We named an ass after you."

Either way, Telegraph is just lucky to be alive. Although cross-breeding of equines is not unheard of, it is rather rare and unconventional. And proper zoos aren't overly keen on the idea.

Photos: Zonkeys and ligers and pizzles

But this facility says that toying with nature was never a part of the plan.

You see, Telegraph's mother -- the zebra -- was uncomfortable in her enclosure and had been without a mate for quite a while. Presumably, she spent most of her time being bitter with the other single girls in book club.

Eventually, the zoo moved the lonely zebra into a different part of the complex where she could be surrounded by other hoofed animals.

This included her dream donkey.

Mind you, it's also possible that she was simply desperate and the donkey was drunk.

No matter how it all went down, we're all thankful. Because now we have this silly looking thing with a brown upper body and zebra legs. And visitors to the zoo are absolutely loving him.

Of course, to be fair, all baby animals tend to be a big draw. Especially when you look like you've been pieced together with spare parts.

An adorable baby polar bear with a tortoise shell would pretty much stop the world from spinning. Darwin would be cheering from his grave. And scientists might go crazy trying to figure out just how the hell that actually happened. 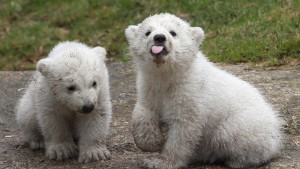 Now, picture them with tortoise shells.

Steve would finally own up to it.

But, no matter the species, whenever you get a cute baby cross-breed, you sort of have to enjoy it while you can. Generally speaking, hybrid animals don't reproduce.

They tend to be infertile.

(It's a science thing. I don't quite get it. Mr. Ware tried to teach me in high school, but I was far more interested in depriving others of their education.)

That said, being infertile might not be such a bad thing if, say, you're a rather confident liger and you do well at the clubs.

Anyway, that's the story of a cute little zonkey who is currently enjoying his 15 minutes of worldwide Internet fame.