Part of complete coverage on
Crossfire

(CNN) -- Grim, unyielding and violent reality is beginning to confront the American political establishment with facts from which it cannot hide.

For 35 years, since Iranians seized the American Embassy on November 4, 1979, and kept the Americans in it as hostages, the United States has been at war with radical Islamists. They knew it. We hid from it.

Year after year since then, radical Islamists have grown more militant, more sophisticated and more numerous. 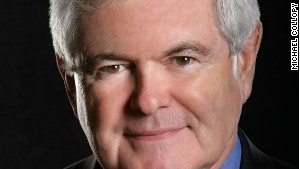 Now, in an arc of terror from Boko Haram in Nigeria through Hamas in Gaza to ISIS in Iraq, Syria and Lebanon, there is a clear wave of vicious religious warfare being waged against civilization by fanatics who openly promise and engage in genocidal killing.

To understand why I link ISIS, Hamas and Boko Haram, consider the language of their own statements.

Why not take them at their word?

ISIS has made its murderous intentions painfully clear. It has proven in town after town that it will force people to convert to Islam or it will kill them in numbers that are now being called genocidal.

As President Obama said in his speech Thursday night, "Many thousands of innocent civilians are faced with the danger of being wiped out."

The group has also made clear that it views its mission as a worldwide war. "I say to America that the Islamic caliphate has been established," a spokesman for the group said Thursday. He warned that the group will attack America and "will raise the flag of Allah in the White House."

"Don't be cowards and attack us with drones," he said. "Instead send your soldiers, the ones we humiliated in Iraq. We will humiliate them everywhere."

Its actions give us no choice but to acknowledge that ISIS means what it says.

Many people seem to be confused or deluded into believing that Hamas does not have similarly genocidal intentions. Its charter is a useful starting point.

"Israel will rise and will remain erect until Islam eliminates it as it had eliminated its predecessors," it says.

What does "eliminate" mean, you might ask? More from the charter:

"...[T]he Hamas has been looking forward to implement Allah's promise whatever time it might take. The prophet, prayer and peace be upon him, said: The time will not come until Muslims will fight the Jews (and kill them); until the Jews hide behind rocks and trees, which will cry: O Muslim! there is a Jew hiding behind me, come on and kill him!"

As Americans and Europeans beg for cease-fires, it is useful to see Hamas' attitude toward such arrangements. From "Article Thirteen: Peaceful Solutions, [Peace] Initiatives and International Conferences":

"[Peace] initiatives, the so-called peaceful solutions, and the international conferences to resolve the Palestinian problem, are all contrary to the beliefs of the Islamic Resistance Movement. For renouncing any part of Palestine means renouncing part of the religion...the movement educates its members to adhere to its principles and to raise the banner of Allah over their homeland as they fight their Jihad. ...

"There is no solution to the Palestinian problem except by Jihad," it concludes. "The initiatives, proposals and international conferences are but a waste of time, an exercise in futility. The Palestinian people are too noble to have their future, their right and their destiny submitted to a vain game."

Of course, the Charter of Hamas was written in 1988, so maybe they have mellowed?

During this current struggle, while Westerners were begging the Israelis to be reasonable, an imam amplified Hamas' position in a public, televised sermon.

"Our doctrine in fighting you [the Jews] is that we will totally exterminate you. We will not leave a single one of you alive, because you are alien usurpers of the land and eternal mercenaries."

Obviously the organization exists for the same genocidal mission as ISIS.

Boko Haram has its own contribution to this hateful movement. A spokesman for Boko Haram recently told a Nigerian newspaper that "the Nigerian state and Christians are our enemies and we will be launching attacks on the Nigerian state and its security apparatus as well as churches until we achieve our goal of establishing an Islamic state in place of the secular state."

Boko Haram threatened its captured Christian girls with death or being sold into slavery if they didn't convert to Islam.

ISIS is saying the same thing to the Yazidi girls they are capturing.

The civilized world faces an existential challenge to its very right to exist. This violent, genocidal ideology holds more territory today than at any time in modern history.

From Nigeria to Iraq, the challenge is being organized by sincere, serious fanatics motivated by religion and willing, indeed eager, to die for their cause.

Western elites are terrified of confronting this reality. For years they have refused to take these people at their word, and millions of Iraqis, Syrians, Nigerians, Lebanese, Palestinians and Israelis, among many others, are paying the price.

President Obama's speech Thursday night was a pathetic, shallow, sophistic excuse for a serious conversation with the American people.

Americans are not "war weary."

But even if we were, it would not matter. The alternative is the victory of genocidal murdering religious fanatics over enormous territory that they pledge to use to attack the United States.

A president's job is to explain this.

President Lincoln carried America through an extraordinarily painful civil war by telling the truth, admitting mistakes and reminding Americans what was at stake.

The elites in both political parties have refused to confront how serious, brutal and determined our enemies are.

The State Department is the second most dysfunctional federal department after the Veterans Administration because its culture and structure force it to mislead and misinform every president.

Thirteen years after 9/11, at a cost of thousands of lives, tens of thousands of wounded, and trillions of dollars, the United States is weaker and our enemies are stronger.

This is not an Obama problem.

This is an American problem.

We need a new honest conversation on how we as a free people are going to defeat the forces of evil who stalk the planet.