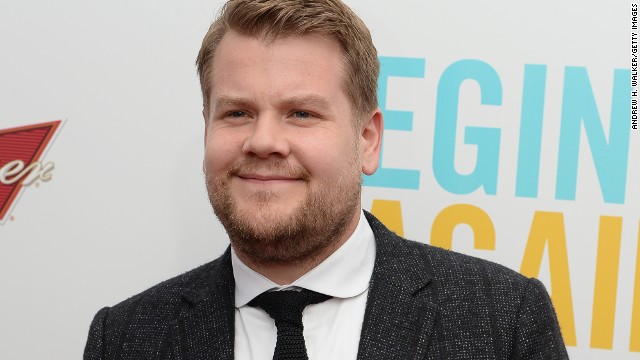 Editor's note: A version of this story was previously published on August 6, 2014.

(CNN) -- After weeks of speculation, CBS has confirmed that James Corden is the next host of the network's "The Late Late Show."

The official announcement, which arrived Monday, wasn't a surprise. Back in August, reports indicated that Corden was being considered as the replacement for current host Craig Ferguson, who announced in April that he plans to depart at the end of the year.

In a statement, CBS Entertainment Chairman Nina Tassler praised Brit personality Corden as a "rare entertainment force who combines irresistible charm, warmth and originality with a diverse range of creative instincts and performance talent. He is the ultimate multi-hyphenate -- a writer, creator and performer who is loved and respected in every medium he touches, including theater, comedy, music, film and television."

Corden's expected to take over "The Late Late Show" in 2015, although it's unclear whether the show will stay in Los Angeles, as CNNMoney reports.

In the meantime, here's what those unfamiliar with Corden should know:

If you're a fan of UK programming, you probably already know James Corden well. As an actor he got his start in the 1997 dramedy "24 7: Twenty Four Seven," and then bounced around between film, the stage and TV, including an appearance on "Doctor Who."

In 2008, he won a BAFTA for television comedy performance with the series he co-created and starred in, "Gavin & Stacey."

2. You'll see more of him this year at the movies

This fall, Corden's also starring as "Britain's Got Talent" winner Paul Potts in the October biopic "One Chance," and he'll play the Baker in Disney's anticipated December release, "Into the Woods."

3. He has a strong social media following

He may not be as well-known Stateside as he is overseas, but The Wrap pointed out in August that Corden has something CBS execs would want: 4.3 million followers on Twitter. As late-night hosts from Jimmy Fallon to Stephen Colbert have shown, having a social army can only help.

How does Corden do in front of a live audience? Just fine, apparently. When Corden starred in the play "One Man, Two Guvnors" on Broadway, he won a Tony for it in 2012.

5. Yes, he has some hosting and interviewing experience

In addition to co-hosting the sports-themed comedy show "A League of Their Own," Corden's manned the stage for the BRIT Awards since 2011, after first hosting the music show in 2009.