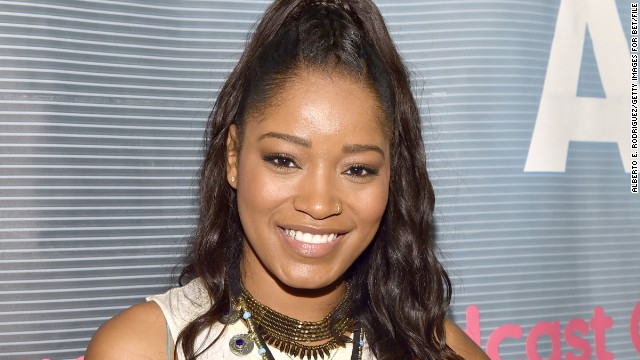 Keke Palmer has come far since her debut in "Barbershop 2."
STORY HIGHLIGHTS

The 20-year-old actress and singer will make her Broadway debut as Cinderella in an upcoming production of "Rodgers & Hammerstein's Cinderella." Palmer is the first African-American actress to wear those glass slippers on the Great White Way.

"I'm sooooo excited to be doing broadway for the first time, as Cinderella!! DREAMS DO COME TRUE!!" Palmer tweeted Monday.

I'm sooooo excited to be doing broadway for the first time, as Cinderella!! DREAMS DO COME TRUE!! 👑

Hear Ye! @KekePalmer joins the Cinderella family September 9th in her Broadway debut! Let's give her a royal welcome! pic.twitter.com/OR0xtPqSZR

After leading the Nickelodeon series "True Jackson, VP," from 2008 to 2011, Palmer moved on to more adult roles. She made an appearance on Showtime's "Masters of Sex" and nabbed a lead part in 2012's "Joyful Noise," in which she acted alongside Dolly Parton and Queen Latifah.

This summer, she also earned the title of youngest talk show host in TV history with the debut of her BET program "Just Keke."

When Palmer kicks off performances on September 9 in "Cinderella," she'll be joined by former "The View" co-host Sherri Shepherd, who's making her own Broadway debut as Cinderella's wicked stepmother.