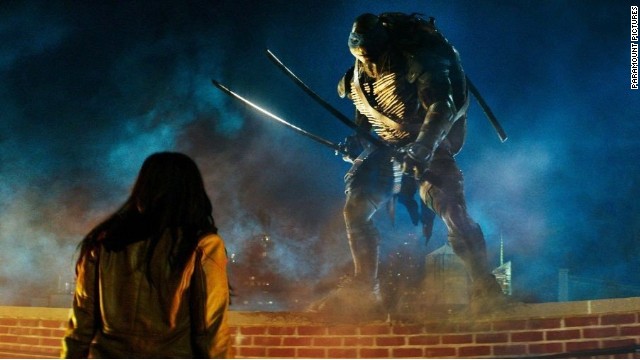 The "Teenage Mutant Ninja Turtles" have been brought to life in a movie produced by Michael Bay.
STORY HIGHLIGHTS

On Tuesday, Paramount Pictures Australia tweeted its official ad for the live-action "TMNT," which promoted its September 11 release date in Australia along with an image of the four warrior turtles falling from a building with an explosion in the background. The film is set in New York City.

As BuzzFeed reports, Paramount deleted the tweet, but not before some users caught it and called it insensitive.

"WHO thought that poster would be a good idea considering date??" tweeted one observer. "Or did they just think no one would notice or indeed care? #TMNT."

What a thoughtful poster for 9/11. RT @ParamountAU Check out the official poster for #TMNT in cinemas September 11! pic.twitter.com/7LPYXHWlVB

In the end, Paramount followed up on its deleted tweet with an apology.

"We are deeply sorry to have used that artwork for the marketing materials promoting the September 11 opening in Australia," Tom Roache, the head of publicity for Paramount Pictures Australia, said in a statement. "Combining that image and date was a mistake. We intended no offense and have taken immediate action to discontinue its use."

Stateside, "Teenage Mutant Ninja Turtles," which is directed by Jonathan Liebesman and stars Megan Fox and Will Arnett , is scheduled to open August 8.