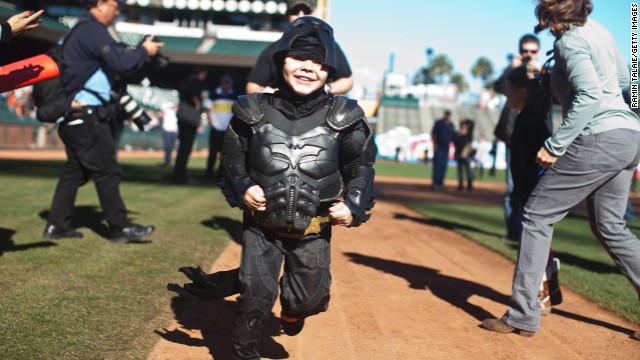 (EW) -- Miles Scott, the 5-year-old leukemia survivor better known as "Batkid," won over the hearts of San Francisco (and pretty much the entire Internet) when his Make-a-Wish request was to be Batman for a day.

In November, the city of San Francisco came together to make that happen, with thousands of people lining the streets to simulate Gotham City.

Prepare for the end with the first 'The Hobbit: The Battle of the Five Armies' teaser

Nachman has started an Indiegogo campaign to raise money for the film, titled "Batkid Begins," which now has its first official trailer, featuring Miles' parents, Hans Zimmer, and more.