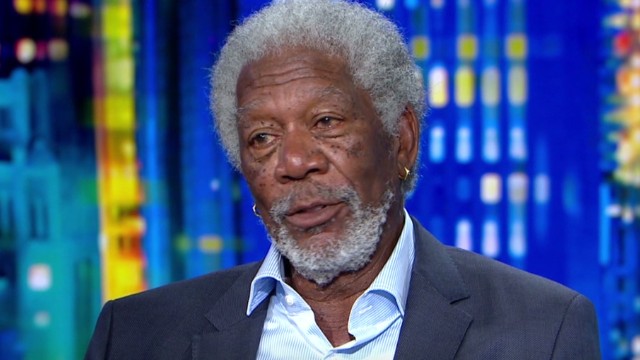 What if it's on helium?

Call it "undignified." Freeman did.

On Thursday's "Tonight Show Starring Jimmy Fallon," the Oscar-winning actor reluctantly agreed to conduct an interview with host Fallon after inhaling from a helium-filled balloon. It was a recreation of a bit from his Emmy-nominated Science Channel show, "Through the Wormhole with Morgan Freeman."

"I really shouldn't be doing this," said Freeman squeakily, glaring at Fallon as the two took hits from the balloons. "It's very undignified."

As Fallon fell about laughing, he asked if Freeman would return.

"I'm never coming back," replied the actor, after inhaling again.

Review: 'Lucy' has no boundaries