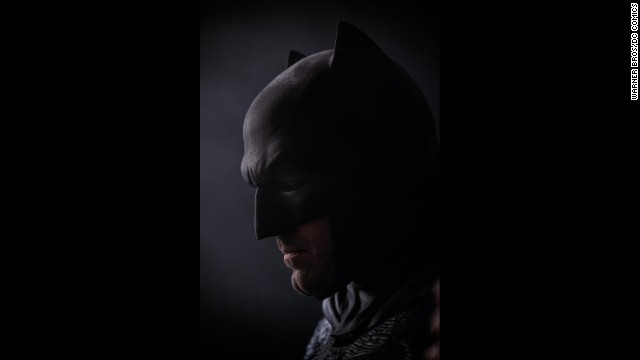 First look at Ben Affleck in 'Batman vs. Superman'

In addition to the close-up photo, Affleck's cape and cowl from the upcoming "Batman v Superman: Dawn of Justice" has been seen on the SDCC floor.

Batfleck costume is in the house! pic.twitter.com/wJCYm4S1ne

Affleck himself hasn't been spotted, but he's probably busy with director Zack Snyder's production schedule. Work on "Batman v Superman" is under way, with plans to shoot in Detroit and international locales.

Cosplay at Comic-Con: Who wore it best?