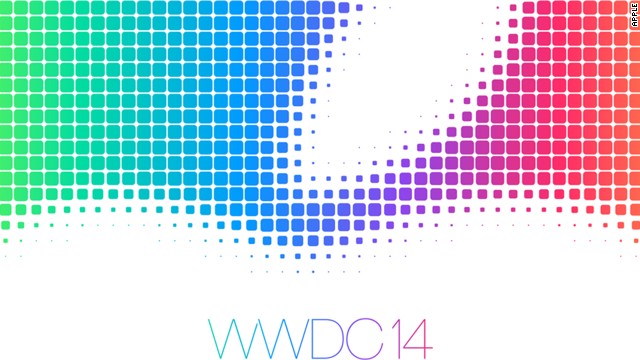 Apple typically makes news at its annual Worldwide Developers conference (WWDC), held each spring. Click through this gallery for highlights from past WWDCs. 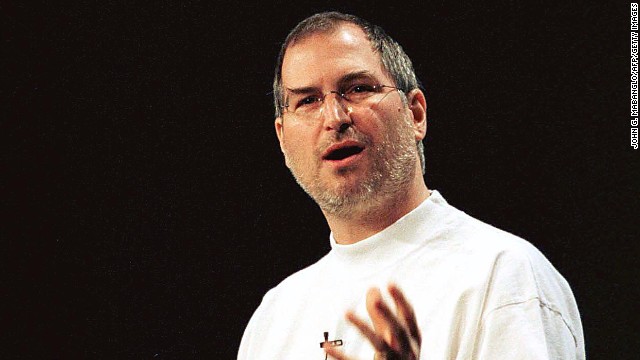 Steve Jobs, then Apple's interim CEO, gave the keynote address in May 1999 at the WWDC, typically a launching pad for products. That year Jobs announced a new Powerbook computer. 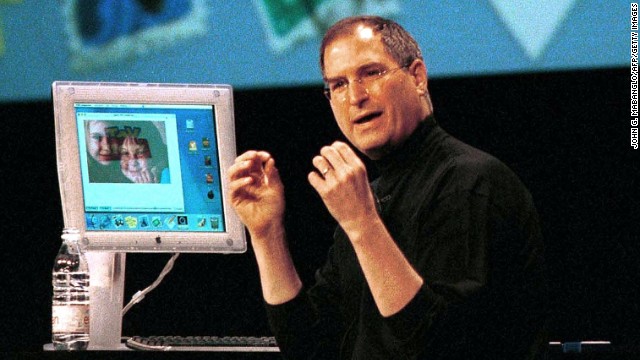 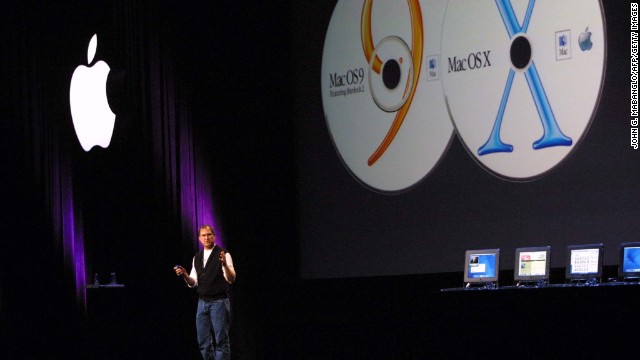 At this WWDC, Jobs announced that Apple's Mac OS X would be pre-installed along with Mac OS 9 in all new Mac computers. 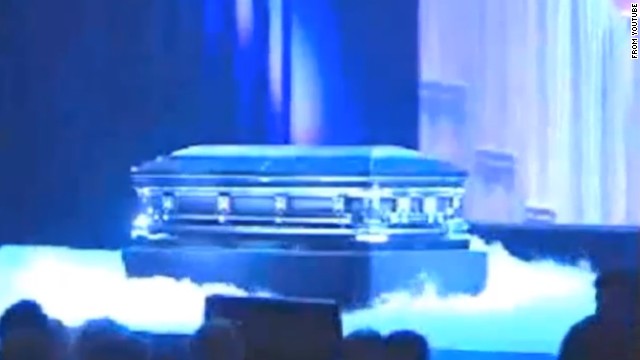 At the 2002 WWDC, Jobs presided over a theatrical mock funeral for Apple's OS 9 operating system, complete with casket, fog and organ music. "It's been a good friend," he said. 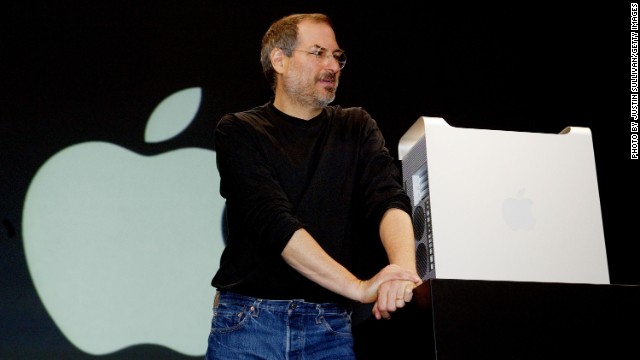 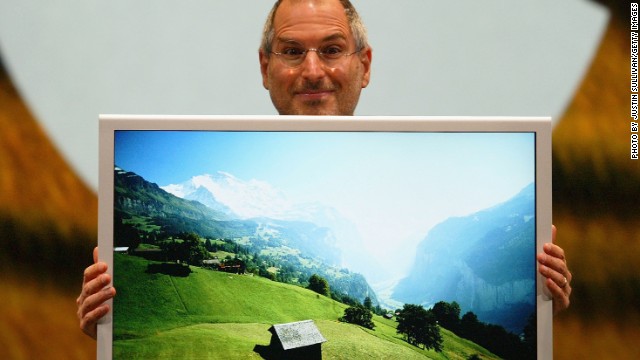 Jobs posed here with a new flat-panel display, the first 30-inch model designed for the personal computer. He also announced the 2005 release of OSX Tiger. 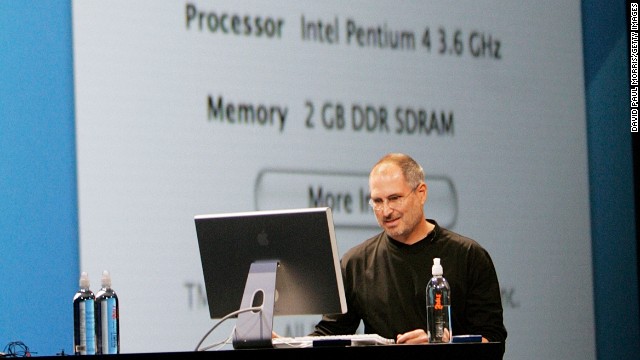 Jobs opened his 2005 WWDC keynote by using a computer with an Intel processor, representing Apple's switch from IBM to Intel for its processing chips. 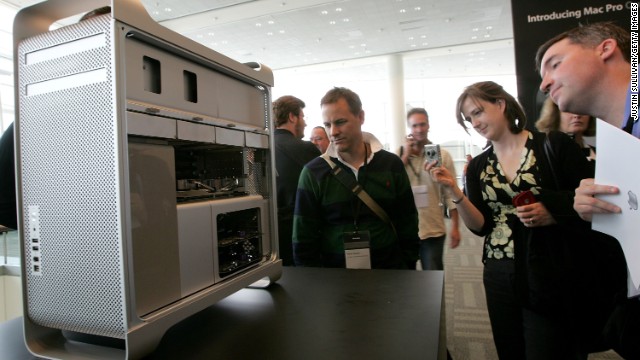 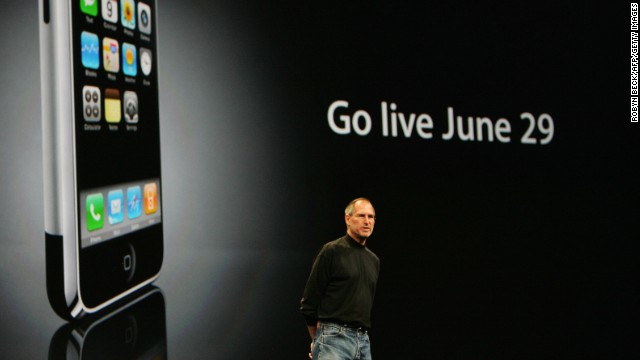 This WWDC marked the launch of the original iPhone, which had been unveiled at an event in January of that year. The phone went on sale in the United States three weeks later, on June 29. 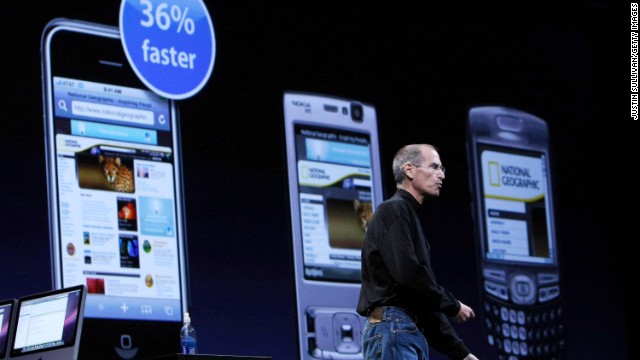 Apple CEO Steve Jobs launched the iPhone 3G, and compared it to other phones, at the 2008 WWDC. He also introduced the App Store, which would open to the public the next month and has served more than 50 billion downloads to date. 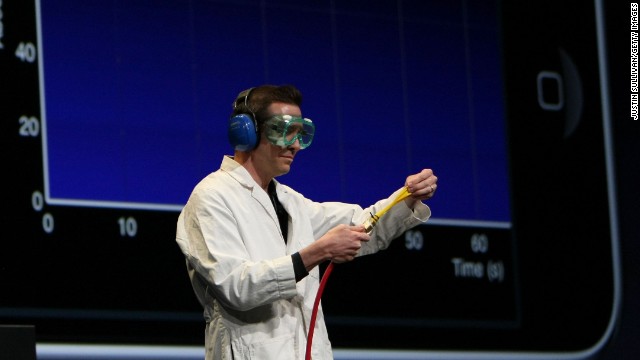 Apple Senior Vice President of iPhone Software Scott Forstall wore a lab coat and safety goggles while demoing a science app for the iPhone at the WWDC in June 2009. Jobs, suffering from cancer, was on medical leave at the time. That year Apple kicked off the conference by unveiling the iPhone 3GS. 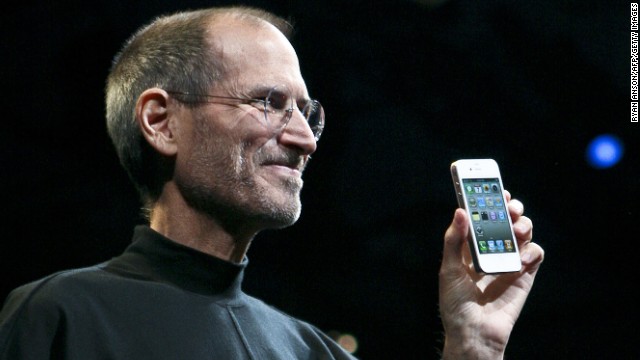 Jobs, looking alarmingly thin, introduced the iPhone 4 during his keynote address at the 2010 WWDC. 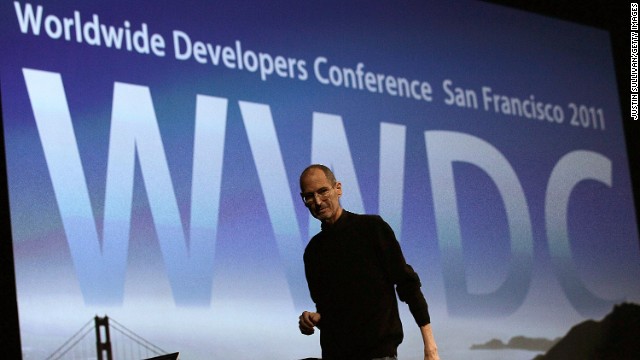 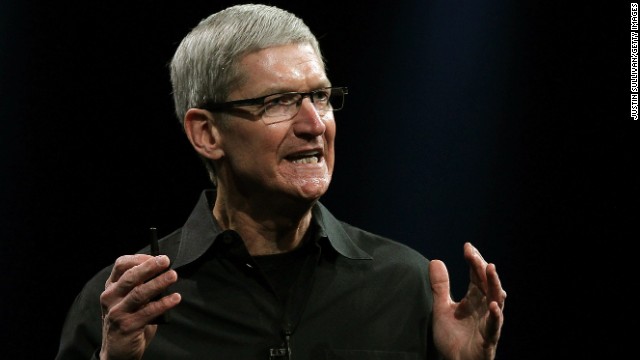 Tim Cook gave his first WWDC keynote at the 2012 conference, where he announced new models of the MacBook Air and MacBook Pro laptops. 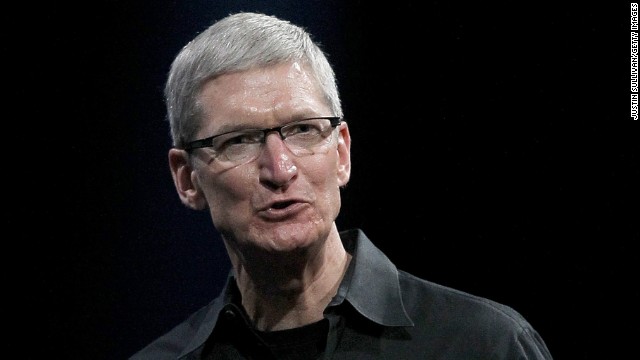 Editor's note: Martha Pease is CEO of DemandWerks.com, which advises companies on strategy. The opinions expressed in this commentary are solely those of the author.

(CNN) -- Some of the world's most well-known companies like Apple, Google, Facebook, Boots and Starbucks have become successful partly by convincing us through their products that their corporate values align with consumers' personal values.

But what happens when these companies behave in ways that seem to betray our trust? What if you find out that these companies keep their huge profits offshore and out of reach of domestic tax authorities?

Will people challenge them -- "You want to change the world and have us pick up the tab?" Yes, people are voicing their discontent. At Apple's Worldwide Developers Conference in June, protesters loudly criticized Apple for keeping $54.4 billion offshore to avoid paying U.S. corporate taxes.

GE, Microsoft, Citigroup and Medtronic are other high-profile companies have also come under scrutiny and criticism for similar tax avoidance behavior.

The fact is that over $2 trillion in U.S. corporate profits is parked offshore. This should infuriate many law-abiding, taxpaying citizens. What's the justice in this?

Former Labor Secretary Robert Reich put it aptly when he said that lost tax revenue "has to be made up by you and me and every other taxpayer who can't afford high-flying attorneys and accountants to shift our income into places with low taxes."

Of course, the companies don't see it that way and deserve a hearing. For them, it's a difficult business dilemma. The U.S. is alone among developed nations in requiring double taxation for corporations. U.S.-based companies face a 39% corporate tax rate -- the highest in the developed world -- and are required to pay tax twice on foreign profits: once to the country in which the revenue was made, and a second time to the U.S. if and when the money is brought back.

Corporations say they keep so much profit offshore because they have a fiduciary responsibility to their shareholders to maximize profits by any legally allowed means, including avoiding taxes.

Meanwhile, consumers watch critically as companies play out their tax avoidance strategies -- from protecting foreign profits to actually moving their headquarters to other countries.

Apple, for example, has an extremely proactive corporate tax avoidance strategy that allowed the company to pay an effective tax rate of 12.6% -- one of the lowest among U.S. corporations. Seventy percent of Apple's profits -- and $54.4 billion in earnings -- are allocated overseas through subsidiaries in countries with much lower rates (like Ireland and the Netherlands) and out of the grasp of U.S. tax authorities.

Repatriating Apple's offshore money would cost the company about $18.4 billion and increase its effective tax rate to 33.8%. Citigroup would have had to pay $11.7 billion in additional U.S. taxes had it brought back $43.8 billion in 2013.

Other companies choose to move to avoid paying taxes or receive a lower tax rate. Medtronic, which makes medical device technology, plans to move its headquarters to Europe after a merger with Covidien, a non-U.S. company. Medtronic will then enjoy a corporate tax rate much lower than in the U.S.

The trend among large companies these days to embrace social responsibility and transparency leads people to expect them to behave, well, more responsibly. So it is ironic that some of the biggest companies are shirking taxes on their profits.

But people notice. Advocacy groups in the UK and U.S. are targeting tax-avoiding companies by personalizing the impact of lost tax revenue in terms easy for citizens to rally around. The group US Uncut has pointed out that Apple's fair share of U.S. tax on offshore profits in 2011 could have paid salaries for 90,000 teachers. Boots' $1.2 billion revenue sheltered from UK taxation could have funded salaries for 85,000 nurses at the National Health Service.

As Ralph Nader and Cesar Chavez showed us in the 1960s, activist voices can galvanize consumers and fuel them with the spirit of populism. People with a tangible target for their general financial dissatisfaction may equate these companies -- and business leaders -- with the glaring inequality of our time.

In a recent Politico piece, Seattle's billionaire investor Nick Hanauer warned that Americans may one day come after the tech and money plutocracy with pitchforks. History shows that it's impossible for the very wealthy to predict when consumer unhappiness can boil over into outright upheaval. He predicts that moment is coming.

Companies that are out of sync with their consumers' values -- even in their legitimate self-interest -- are at risk of having a center that cannot hold over time. That could be detrimental to their business in the long term.

In Britain, for example, Starbucks saw a 29% drop in the company reputation score, from +3 to -26, after a Reuters report that showed the chain paid no tax on 1.2 billion pounds in sales and claimed to have made no profit in Britain after 14 years of operations.

That probably wasn't the smartest move. Companies that try to hide their profits, through whatever loophole, risk testing the goodwill of consumers.

More and more, young people care about a company's values. More than half of the millennials recently surveyed by PricewaterhouseCoopers said they would consider leaving an employer if its social responsibility and values no longer matched their own. Millennials are important to the growth of any company, as consumers and as prospective employees.

Companies that spend millions to control their images and public narratives by being in touch with consumers may end up being perceived as out of touch if they keep avoiding paying taxes. Consumers may not storm the barricades and topple Apple stores, or forgo their morning coffee, but they will crave economic justice, and they will press for changes.