On America's birthday, do we still believe in America? 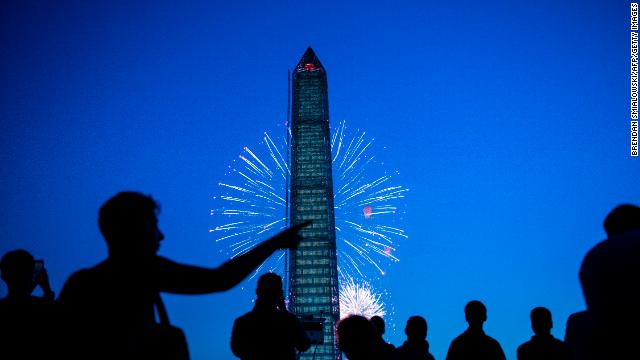 (CNN) -- Americans are in a period of amazingly negative thinking about the state of our country.

A recent Gallup analysis drove home how deep and how threatening the current mood is.

Gallup asked Americans in early June how much confidence they had in our nation's institutions. The answer: not much. Only 30% had "a great deal" or "quite a lot of confidence" in the Supreme Court. Just 29% felt that way about the presidency. And an abysmal 7% had faith in the Congress.

Who is the worst president since WWII ?

Think about what this means. Our most trusted national institution, the unelected Supreme Court, has the confidence of almost (but not quite) one out of every three Americans. The presidency is slightly weaker and the Congress collapses to fewer than 1 in 10 Americans.

Gallup also did some comparative analysis using findings from its World Poll and the trends regarding Americans' views on government are even more sobering. In the poll, 79% of the American people believe corruption is widespread in government. That is a jump of 20 points since 2006, when 59% of the country thought government was corrupt (a year when the country was dissatisfied enough that the ruling Republicans lost control of both the House and Senate).

The Gallup analysis demonstrates that Americans are more likely to believe their government is corrupt than people in Brazil, Hungary or Tajikistan, to cite just three examples.

In January of this year, Gallup found that more Americans picked bad government and corruption as our biggest problem than picked any other challenge, including the economy and unemployment. These are stunning numbers.

When four out of five Americans believe government is corrupt, something is profoundly wrong. It is a lot bigger than Barack Obama or Hillary Clinton or for that matter George W. Bush.

Under the weight of this negativity, there has been a dramatic decline in satisfaction with the freedom we have to choose how we live our own lives. The number of people saying they are dissatisfied has jumped from 9% in 2006 to 21% in 2013.

This 12-point jump in dissatisfaction tied the United States for No. 10 among countries suffering the most rapid decline in satisfaction. The other countries that have experienced drops of that scale are seriously troubled places, including Pakistan, Yemen, Cyprus, and Spain (where youth unemployment is approaching 60%).

To put this in context, the Gallup numbers show that in 2006 the United States was one of the top countries in the world when it came to satisfaction with freedom. By 2013 it had dropped out of the top 25% of all countries.

A country in which 4 out of 5 people believe their government is corrupt is a country teetering between a populist uprising and a collapse into cynicism, passivity, and fatalism.

These results suggest we will either renew our commitment to the rule of law, the punishment of corruption and the insistence on honest self-government or we will cease to be America as the land of the free and the land of opportunity.

This Fourth of July weekend, we need to remember what our Founding Fathers did to create the liberty we enjoy and dedicate ourselves to a new burst of freedom and a new wave of political reform that cleans up the corruption and re-establishes the right of every American to dream and to work to fulfill that dream.