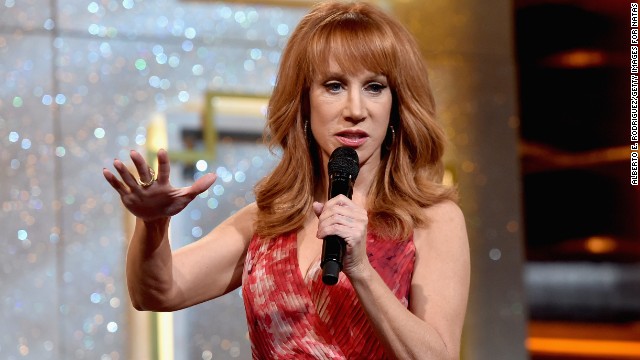 A few weeks before the ceremony, the National Academy of Television Arts and Sciences issued a casting call for social media mavens to host the event's live-streamed red carpet preshow. Specifically, as reported by Soap Opera Network, organizers wanted "millennials between the ages of 18-35, all ethnicities, who have a strong entertainment news background and/or very strong social media following (300,000 followers minimum)." Last Wednesday, the NATAS revealed that it had selected a foursome with a mighty social reach: Vine star Brittany Furlan, style vlogger Lauren Elizabeth, beauty vlogger Jessica Harlow, and Meghan Rosette, who vlogs about style and beauty.

The chosen four certainly have large followings on sites like YouTube, Instagram, Twitter, Vine, and Facebook—but their collective entertainment-news backgrounds aren't quite as strong. After a red carpet show criticized as amateurish and occasionally downright offensive, some irate viewers are demanding that NATAS issue an apology for Furlan, Elizabeth, Harlow, and Rosette's antics.

Among the offenses the women committed, as outlined by TVLine's Matt Mitovich: Furlan "literally came onto, and hard, every male in attendance, to a degree that makes E!'s Giuliana Rancic look positively demure" (see, for example, this interaction with Mario Lopez); Harlow called The Bold and the Beautiful's Lawrence Saint-Victor "a beautiful chocolate man" before asking, apropos of nothing, "What's it like to be a black man on a soap opera these days?" Most egregiously, Furlan bid goodbye to General Hospital actor Ryan Paevey by saying, "We're going to get you away from us before we rape you."

Viewers were swift to criticize the hosts, especially for Furlan's casual evocation of rape.

The four hosts—and the NATAS—have yet to respond directly to the criticism. Furlan did, however, tweet this not-so-subtle message in the wee hours of Monday morning:

Would Alexander the Great have conquered the world if he 'dialed it back'? -Kenny Powers