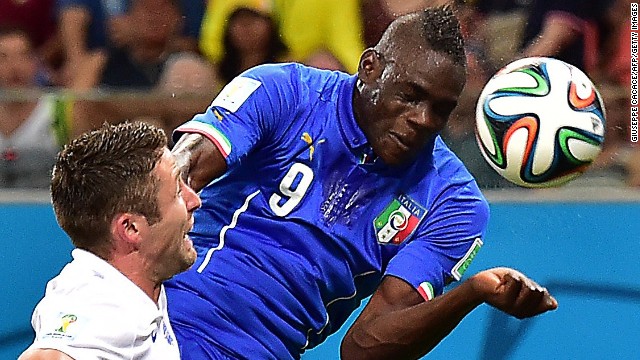 (CNN) -- "We all dream of a team of Carraghers" is a tribute to Liverpool FC's former player and cult hero, Jamie Carragher, which dares to imagine a first 11 made up entirely of the club's legendary defender.

It seems Italy's Mario Balotelli's mind is set on something else.

The striker posted a photo on his Facebook page featuring a Panini sticker book featuring the entire Italy squad made up entirely of his own stickers. It shows some real application on the part of Balo, as he is affectionately known -- it wouldn't have been that easy to get so many copies of his own sticker.

The Italian is a divisive figure and has had more than his fair share of off-field headlines.

The A.C. Milan striker, who broke English hearts in Manaus over the weekend by scoring the winning goal in their group D match, is well known for not only his on-field prowess but also a series of ill-judged pranks, including one which culminated in his setting his house on fire with fireworks while at Manchester City. 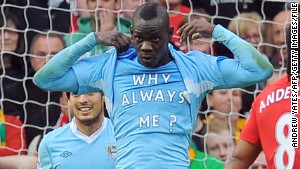 That got him plenty of column inches, which he lapped up, acknowledging the fascination with his hijinks by wearing a t-shirt on-field which read, "Why always me?"

Now, it seems he's answered his own question with his vision for the perfect Italian lineup. Why not only him?