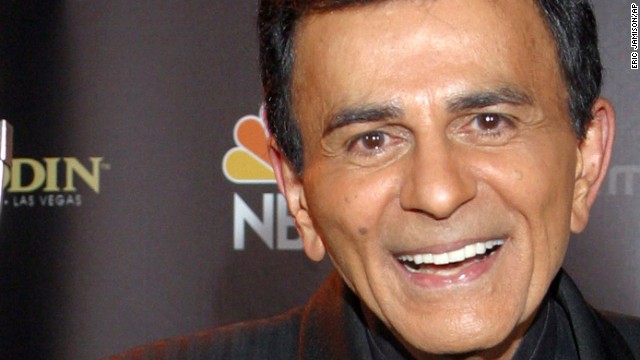 Casey Kasem, who entertained radio listeners for almost four decades as the host of countdown shows such as "American Top 40" and "Casey's Top 40," died early Sunday, June 15, according to a Facebook post from his daughter Kerri Kasem. 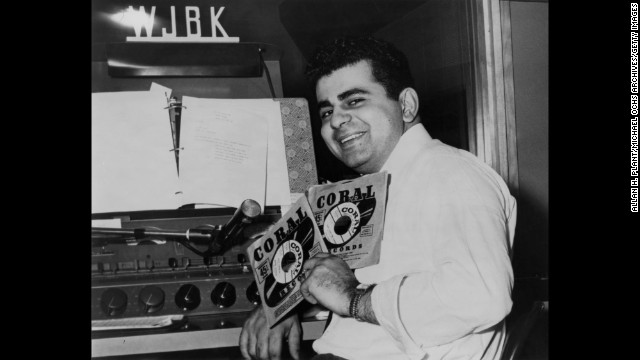 Kasem, the legendary DJ, host and voice-over talent, was born in Detroit and got his start at Michigan radio stations. Here he is in the DJ booth at Detroit's WJBK in 1957. 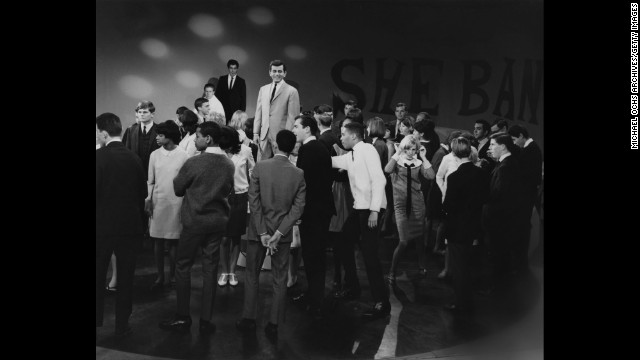 Kasem moved to the West Coast in the early '60s. He hosted the KTLA music show "Shebang!" in Los Angeles in 1965. 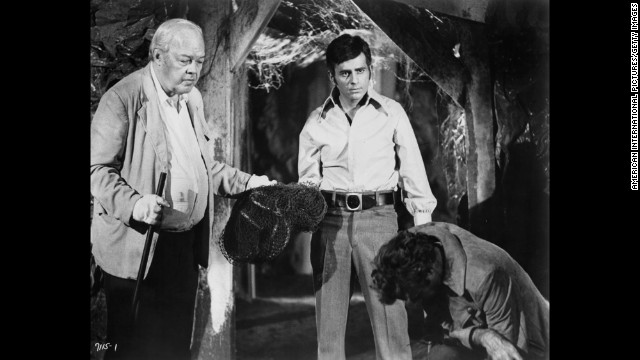 Kasem was also an actor, though his films weren't necessarily Oscar material. In 1971, he starred in "The Incredible 2-Headed Transplant" with Berry Kroeger, left, and Bruce Dern. 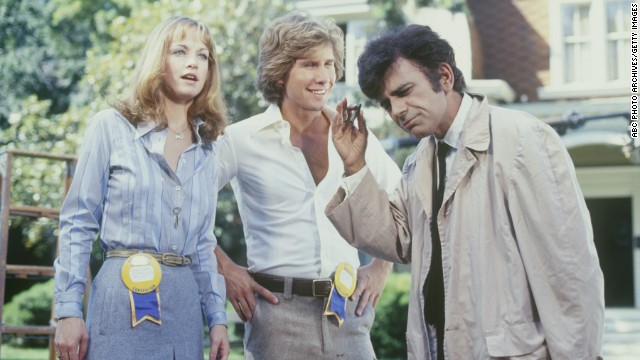 He made occasional TV guest appearances as well. "The Mystery of the Hollywood Phantom," an episode of "The Hardy Boys Mysteries" in which Kasem affected a Columbo-like persona, also starred Pamela Sue Martin (as Nancy Drew) and Parker Stevenson (as Frank Hardy). 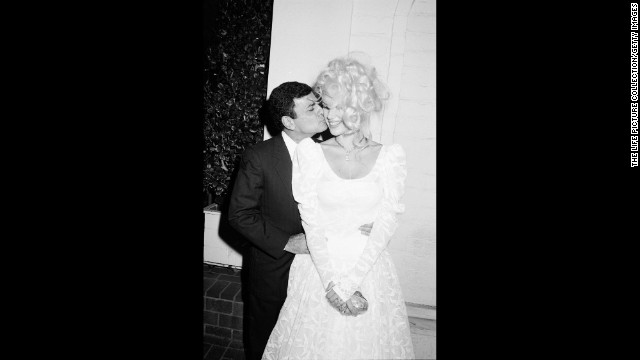 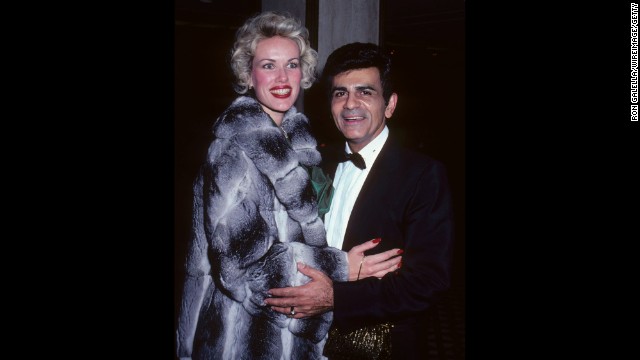 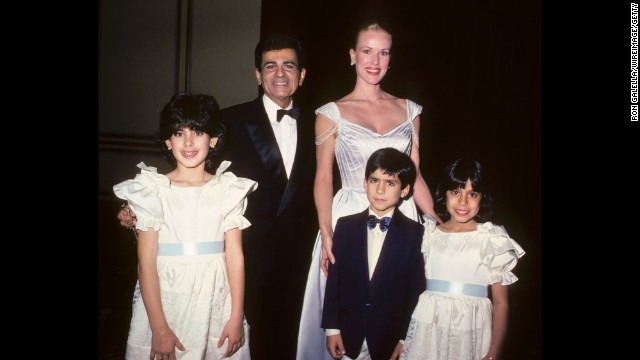 Casey and Jean Kasem are shown with children Kerri Kasem, Michael Kasem and Julie Kasem at the Lebanon-Syrian American Society of Greater Los Angeles Man of the Year Awards in Beverly Hills, California, in 1985. The children are all from Casey Kasem's first marriage, to Linda Myers. 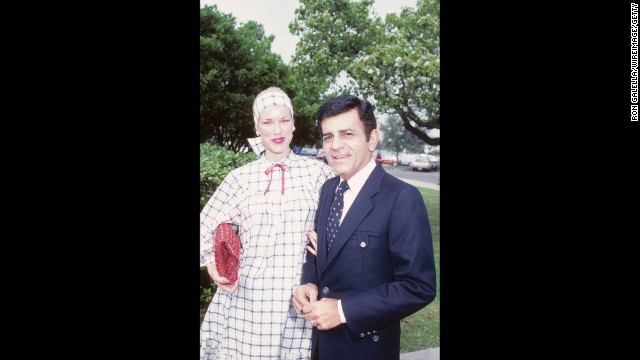 Casey and Jean Kasem were frequent participants in the Hollywood social circuit. Here, they attend the Stars 'N Hearts Benefit Fund-raiser for Animals in 1982. 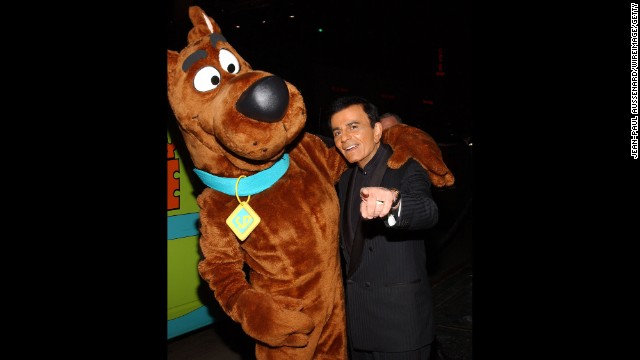 Kasem was an in-demand voice-over artist. He's probably best known for supplying the voice of Shaggy in the "Scooby-Doo" cartoon series. 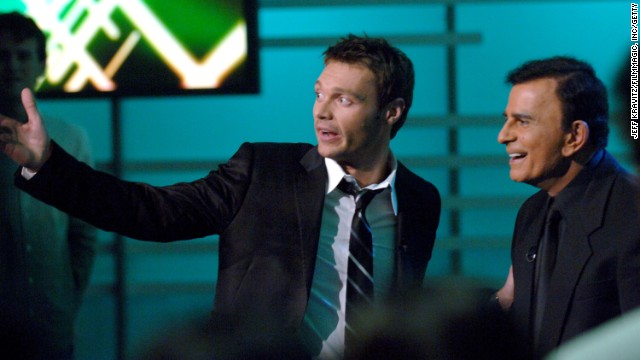 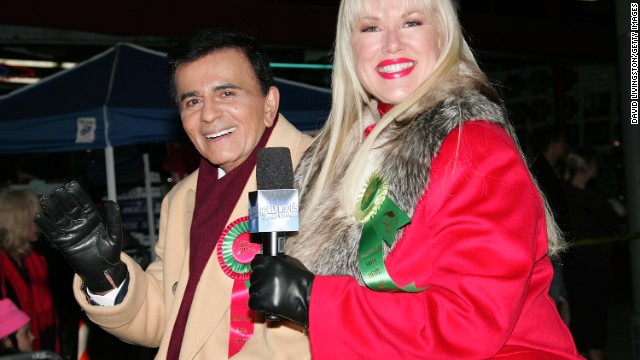 Casey and Jean Kasem ride in the 2007 Hollywood's Santa Parade in Hollywood, California, on November 25, 2007. 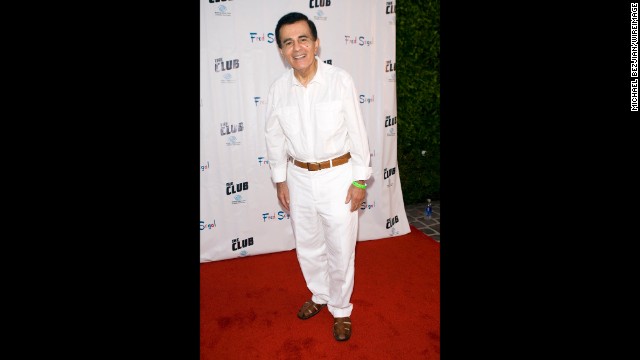 Friend: Kasem was 'one in a million'

Ryan Seacrest, who took over hosting duties from Kasem 10 years ago, called it "a sad day for the broadcasting community and for radio listeners around the world."

"When I was a kid, I would listen to Casey Kasem's "AT40" show every weekend, and dream about someday becoming a radio DJ," Seacrest said in a statement. "So when decades later I took over his AT40 countdown show, it was a surreal moment. Casey had a distinctive friendly on-air voice, and he was just as affable and nice if you had the privilege to be in his company. He'll be greatly missed by all of us."

Keep your feet on the ground and keep reaching for the stars. We'll miss you, Casey. pic.twitter.com/cxYhONfrqz

Seacrest will expand on that in next weekend's AT40 show, which will be dedicated to the "King of Countdowns." The show's website posted an audio tribute to Kasem Sunday so fans could hear his voice.

DJ Rick Dees, whose own syndicated music countdown competed with Kasem's, told CNN that their "friendly competition led to years of friendship and respect. We will all miss his style, his voice, and his ability to communicate. Casey was an original who can't be replaced."

Legendary radio DJ Bruce Morrow, known professionally as "Cousin Brucie," told CNN that Kasem was "one of my mentors and a very sweet, unassuming guy."

"I feel so bad," Morrow said Sunday. "I've been watching this reality show around Casey unfold over the past few weeks. I'm upset the way his life went down at the end.  But as a radio icon, Casey was important in setting the stage for many of us. With 'American Top 40,' he was an innovator and the first who took modern, contemporary music and translated it into America's Top 40 hits. He showed us the way.  Casey was 'The Professor' of Top 40 radio. He and his work opened doors for radio personalities and music programming."

Many of the tributes posted on social networks Sunday included variations on Kasem's traditional closing line: "Keep your feet on the ground and keep reaching for the stars."

Marie Osmond, whose music Kasem introduced many times in the 1970s, tweeted that he "Chngd the industry w/AT40 Cntdwn."

KISS lead singer Paul Stanley tweeted that Kasem "brought music and his joy to us all. A good man."

RIP Casey Kasem who brought music and his joy to us all. A good man. My condolences to Kerri and the family. pic.twitter.com/NpISn4MZDe

Motley Crue bassist Nikki Sixx, who co-hosts a radio show with Kasem's daughter Kerri, tweeted that Kasem "inspired all of us in radio & turned millions of people onto music."

RIP Casey Kasem who inspired all of us in radio & turned millions of people onto music.Sending love to @KerriKasem, family and friends.

Nancy Sinatra, daughter of music legend Frank Sinatra, said in a Twitter posting that Kasem was "one of the most decent men I ever knew."

Dear Kerri, I'm so sorry you lost your dad. I loved him very much too. @KerriKasem As my dad would say "Don't despair."