It's May Fourth; may the 'Star Wars' puns begin 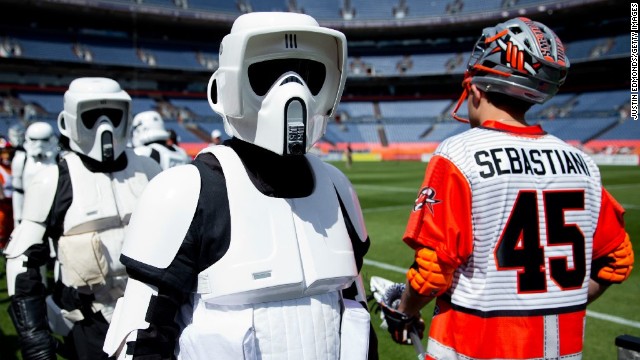 "Star Wars" fans dress in costume on May the 4th annually as a play on the phrase "May the force be with you." Here, stormtroopers cross paths with lacrosse player Domenic Sebastiani of the Denver Outlaws before a game against the Ohio Machine in Denver, Colorado. The teams wore "Star Wars"-themed jerseys. Click through the gallery for more costumes. 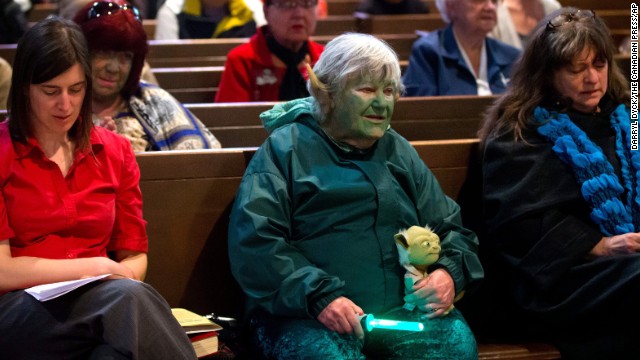 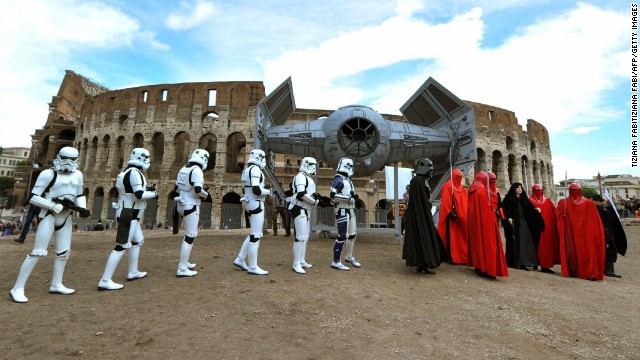 Members of a "Star Wars" fan club celebrate "Star Wars Day" in front of the Colosseum in central Rome. 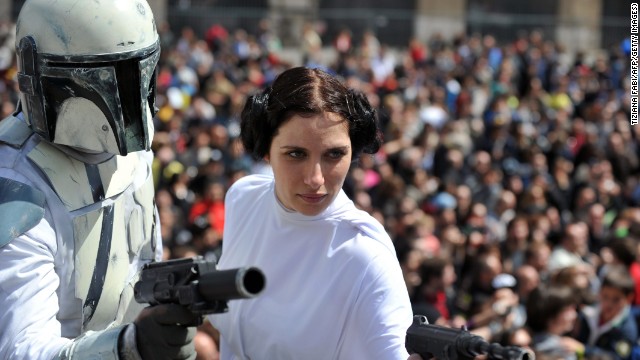 Members of a "Star Wars" fan club dress as characters from the movie outside Rome's Colosseum. 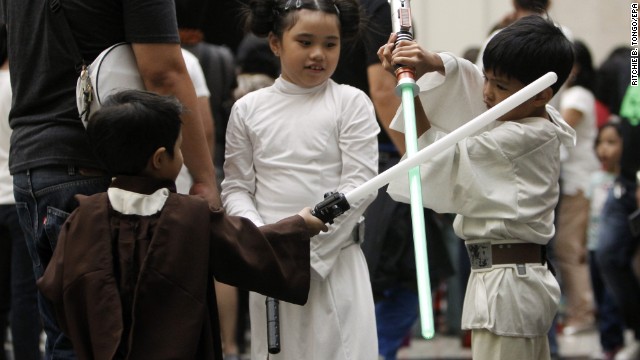 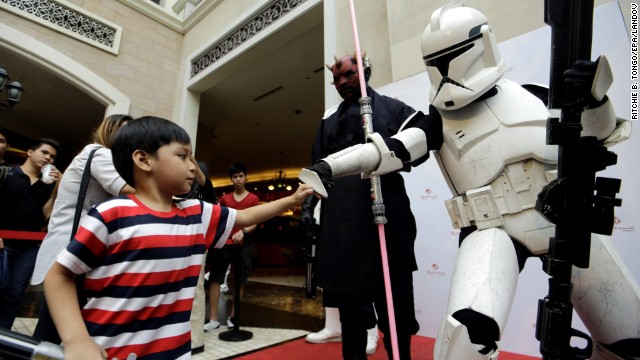 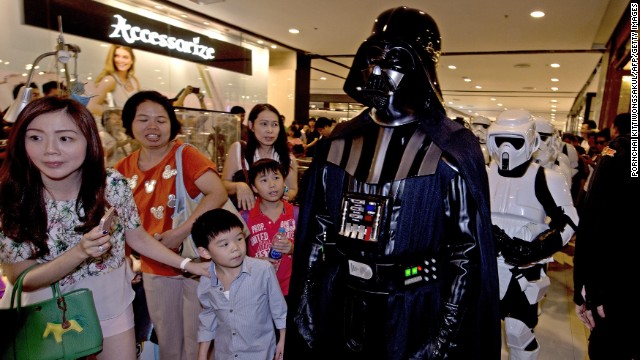 A member of the "Star Wars" fan club in Thailand, dressed as Darth Vader, parades with others to celebrate "Star Wars Day" at a shopping mall in Bangkok. 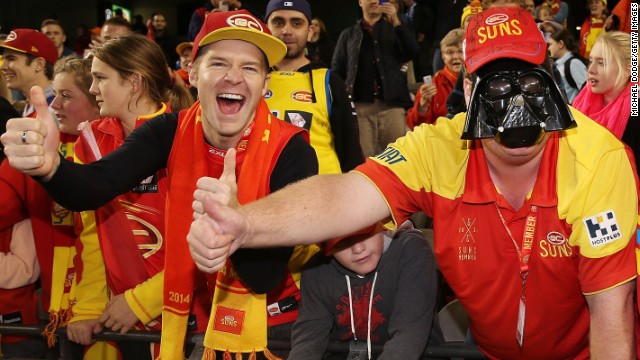 (CNN) -- Let's just say you're at a stoplight Sunday and you look in the car next to you and you see a stormtrooper.

No worries. He's probably on his way to a "Star Wars" film marathon with the all the other nerds around.

It is after all May 4, the unofficial holiday celebrating of the sci-fi classic, which gave us one of the most repeated lines in movie history: "May the force be with you."

'Star Wars' force is strong in the UAE

So prepare to be greeted by fans of Luke Skywalker, Princess Leia, Han Solo, R2-D2, C-3PO and Chewbacca with a "May the fourth be with you."

Everyone is getting into the act.

A minor league baseball team in Durham, North Carolina, (one featured in another brilliant film, "Bull Durham") will be wearing uniforms inspired by our favorite droid, R2-D2.

The website CollegeHumor.com has a hilarious video with musicians "auditioning" for the cantina band.

Weird Al Yankovic and Liz Phair even try out.

"I used to bullseye womp rats in my T-16 back home. #MayThe4thBeWithYou" -- Justin Trudeau, an MP in Canada's parliament.

I used to bullseye womp rats in my T-16 back home. #MayThe4thBeWithYou pic.twitter.com/Sdpv6kKQ0p

Parents were dressing up their children as characters from the films while others were reposting pictures of funny costumes for dogs or cats.

There were gatherings of folks in costume all over the world, even in Hungary. Shoppers at a mall in Thailand were visited by Darth Vader. Movie houses in Australia and New Zealand were showing all six films. And in homes all across the United States and United Kingdom, "Star Wars" fans were watching the movies.

May 4th? Seems like a good day for a marathon...! #HappyStarWarsDay #MayThe4thBeWithYou pic.twitter.com/A9QFd6Ov9n

Speaking of R2-D2, he visited the set of ESPN's SportsCenter program. We're not sure if he has yet to grab the sports concept yet.

R2-D2 is excited about appearing on SportsCenter this morning. #MayThe4thBeWithYou » https://t.co/6XVOKnIa6L

Many Disney stores were giving away "Star Wars" pins on Sunday to the first 100 customers and had movie-related events scheduled.

Disney World will hold one of its Star Wars weekends, where folks can dine with actors playing characters from the saga as well as attending other activities.

And even the airport in Denver was having fun with the day, posting photos of their new ramp worker making new use of his light sabers.