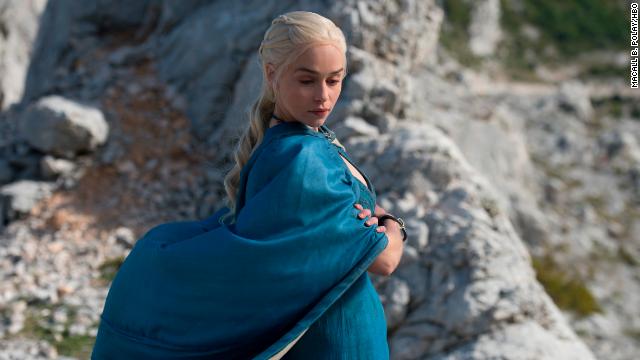 Emilia Clarke's character on "Game of Thrones" has inspired baby names. According to 2012 data from the Social Security Administration, 146 baby girls were given the name "Khaleesi," which is what Clarke's character is sometimes called. Of course, that's not the only unique baby name Hollywood has come up with: 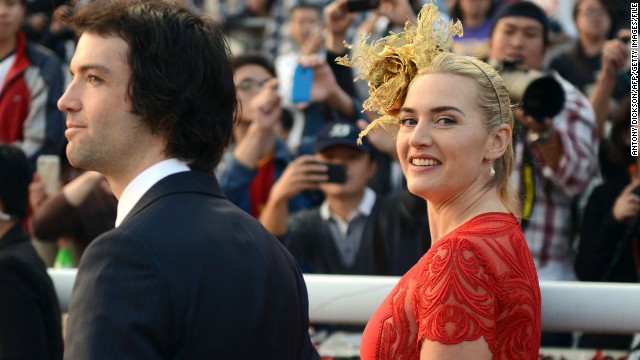 Kate Winslet did not take our baby name suggestion for her newborn son with husband Ned Rocknroll. Instead of christening the infant "Long Live" -- which we thought would go perfectly with Ned's last name -- the 38-year-old actress has elected to name her baby boy Bear Blaze Winslet. 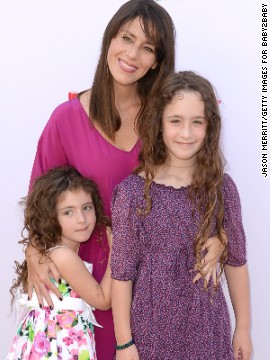 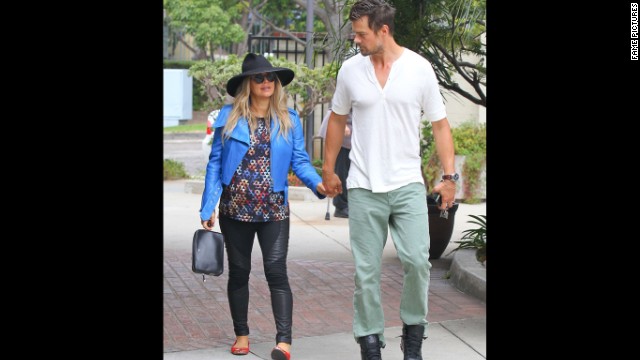 Considering that Stacy Ann Ferguson legally changed her first name to her stage moniker, Fergie, we shouldn't be surprised that she picked a unique name for her first child. Her husband, Josh Duhamel, said before their baby's August 29 arrival that their choice was different and potentially rock-inspired: The new parents settled on Axl Jack. 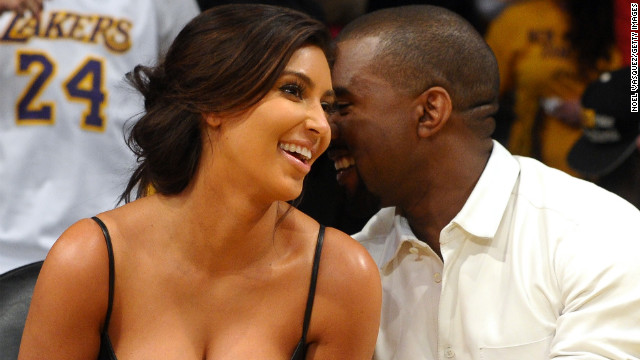 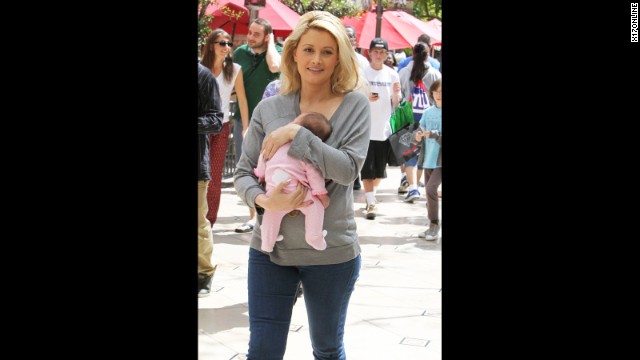 Holly Madison knew she was going to get criticism for naming her daughter, born in March 2013, Rainbow Aurora. So she explained when she revealed her choice that she intentionally wanted something different. "Growing up, there was a girl in my school named Rainbow, and I was so envious of that name," Madison told E! in March. "I thought it was so pretty and unique!" 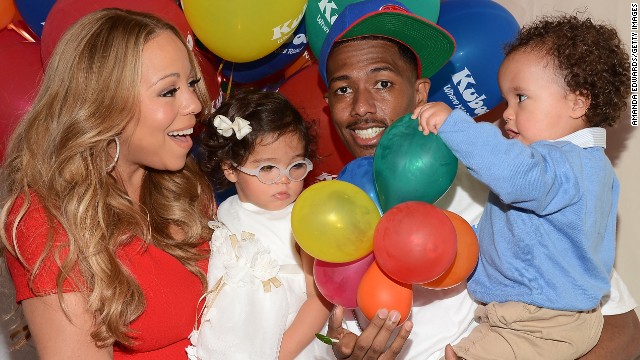 Compared with other names on this list, the ones Mariah Carey and Nick Cannon picked -- Monroe and Moroccan -- are pretty tame. Hey, at least they're spelled correctly! But when the couple announced in May 2011 that their newborn twins were named after Marilyn Monroe and a Moroccan-themed room in Carey's New York home, it did seem a little strange. 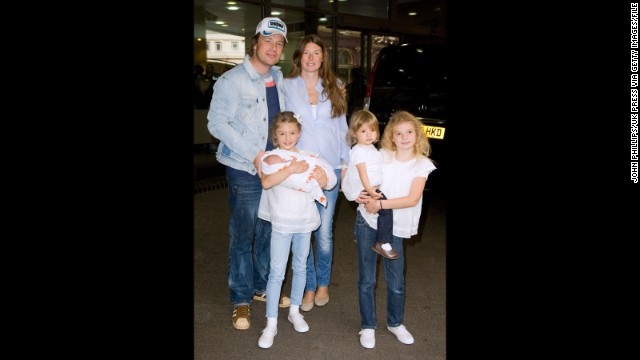 Poppy Honey Rosie, Daisy Boo Pamela, Petal Blossom Rainbow and Buddy Bear Maurice. Those are the names chef Jamie Oliver and his wife, Jools, chose for their four children, seen here when the couple's son, Buddy, was a baby in September 2010. 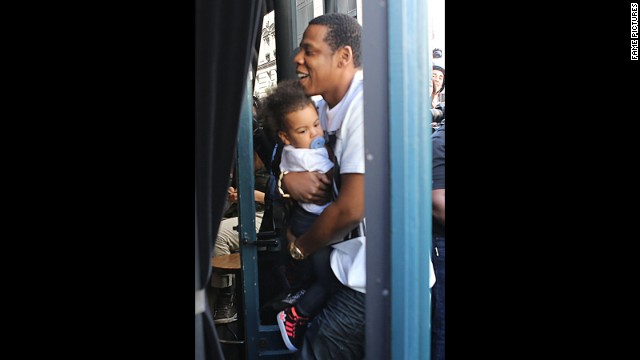 Jay-Z and Beyoncé wanted a name so unique for their firstborn daughter that they even tried to trademark it: Blue Ivy. They ended up losing their bid, as a Boston wedding planner already has a business by the name of Blue Ivy, and she'd petitioned to trademark it as well. "I was really blatantly shocked," the entrepreneur said at the time. "I didn't think it was true, because nobody names their daughter Blue Ivy." 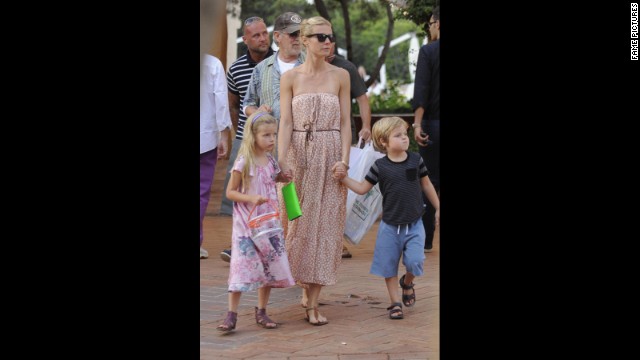 Gwyneth Paltrow's two kids, seen here with their superstar mom in 2011, are two of the most famous celebrity offspring thanks to their offbeat names. Moses is named after a song Paltrow's husband, Coldplay's Chris Martin, wrote for her, while Apple's name was chosen because it "sounded so lovely and clean." 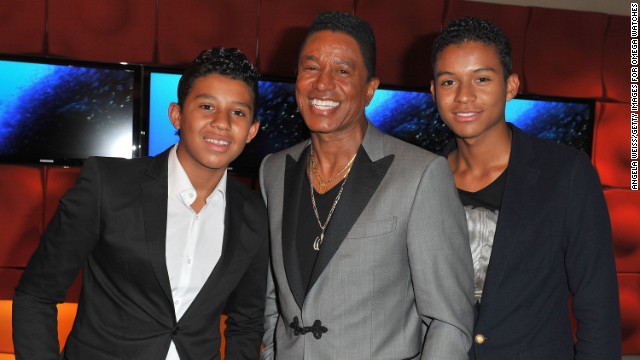 In Jermajesty's family, it's his sibling Jeremy who's the odd man out. Jermaine Jackson's other son's name is Jaafar, who's seen here on the right. Jermajesty, left, fits right in. 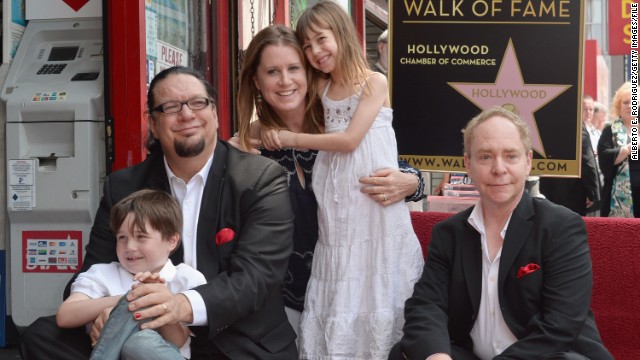 We suppose magician Penn Jillette, seen here with his family and magic partner Teller in April 2013, really wanted magical names for his kids. His son's name, Zolten, is actually his wife Emily's maiden name, while his daughter's name is more creative: Moxie Crimefighter. "I love that it's a purely American word ... and I love that it stands for old-fashioned spunk and energy," Penn said in 2007. 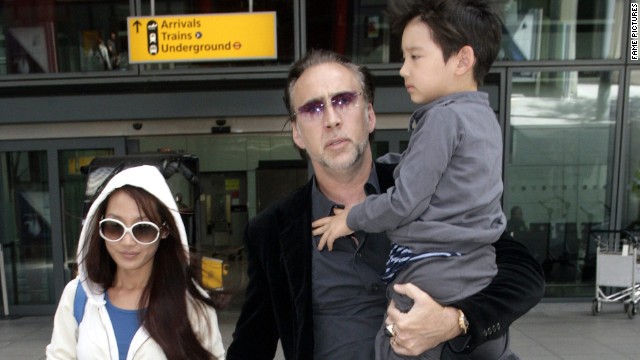 Surely, Nicolas Cage was first in line to see the new Superman movie, "Man of Steel." We can only guess that his love for the superhero is what led to him bestowing Superman's kryptonian name, Kal-El, on his son. 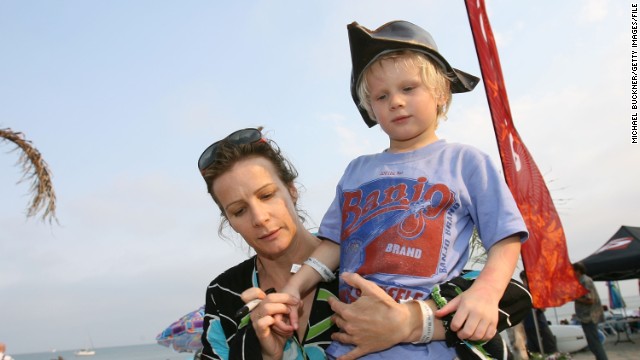 At least Rachel Griffiths didn't settle on "Guitar." That doesn't roll off the tongue quite as well as the name she gave her son, seen here in 2007, Banjo. 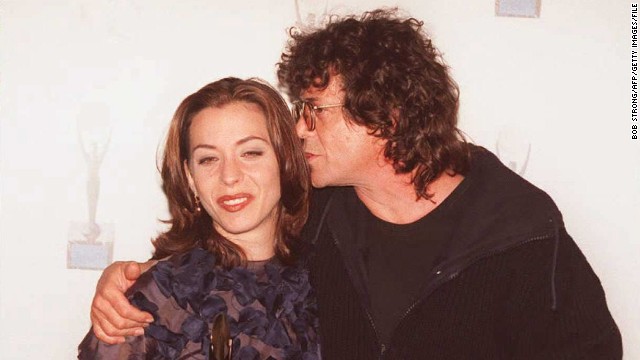 Frank Zappa's brood all have funky names, such as Dweezil, Ahmet Emuukha Rodan and Diva Thin Muffin Pigeen. But for us, Moon Unit, seen here with Lou Reed in 1995, will always take the cake. 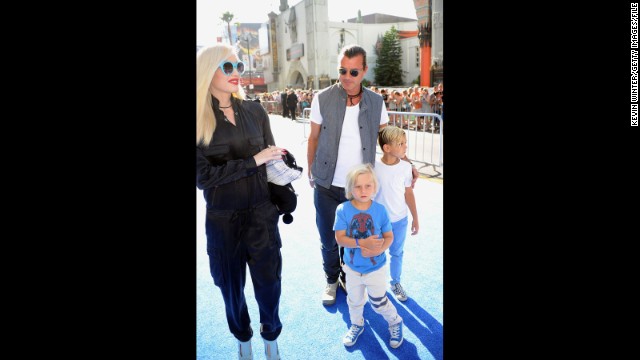 With one son named Kingston, Gwen Stefani and Gavin Rossdale had to up the ante with their second son, who was born in 2008. The inspiration behind the name Zuma Nesta Rock has been heavily dissected, with most agreeing that Zuma is a nod to Zuma Beach in Malibu. 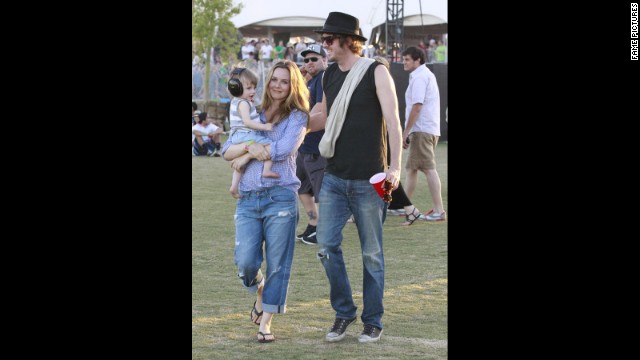 Alicia Silverstone and husband Christopher Jarecki decided on Bear Blu when they welcomed their son in May 2011. Not everyone was a fan: The actress was tied with Mariah Carey for the top spot on BabyNames.com's worst celebrity baby name of 2012. 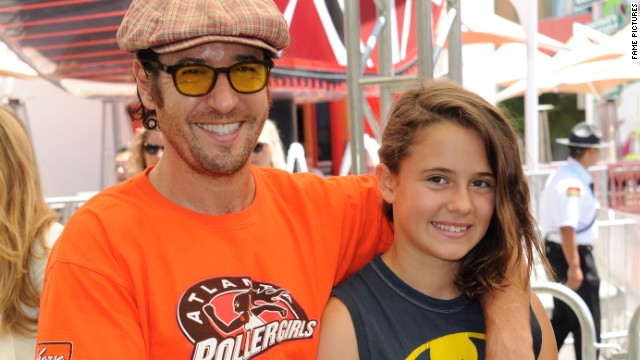 (CNN) -- If you're going to name your kid after a wild animal, at least have a good reason.

Bear Blaze is the 38-year-old star's third child -- she had daughter Mia, 13, and son Joe, 10, with prior husbands Jim Threapleton and Sam Mendes, respectively -- and this time around she had baby names on the brain.

"When I was pregnant with Mia and I was pregnant with Joe, I didn't name them before they came out because I always felt like I just have to see them and see who they're going to be," Winslet said. "But of course this time around, there's Mia and Joe and the whole pregnancy's about what are we going to call the baby. ... They were very much included, and we settled on Bear quite early on."

The reason she loved the name is because a friend of hers was nicknamed Bear, "and I just had always really loved it," the "Divergent" actress said. "He was very much a bear, he was everybody's shoulder to cry on, he was a big bear hug. He was just this great figure in my life."

And to pick Bear's middle name, she and her husband Ned wanted something that represented their bond.

"Bear's second name is Blaze because my husband and I met in a house fire basically," the actress continued, referring to the fire that consumed billionaire Richard Branson's Caribbean home while she was staying there in 2011.

"The house burnt down and we survived, but we wanted something of the fire, and so Blaze was the name that we came up with."

Bear Blaze may be uncommon, but Winslet didn't want to be creative with the infant's last name. While her husband enjoys the last name Rocknroll, an eccentric moniker he adopted before he met and married the actress, it's pretty clear she doesn't like it.

When DeGeneres asked why Winslet's youngest son isn't taking his father's last name, she paused before responding with a laugh, "Why do you think, Ellen?"

Instead, he'll be known as Bear Blaze Winslet.