Part of complete coverage on
Year in Review
SHARE THIS 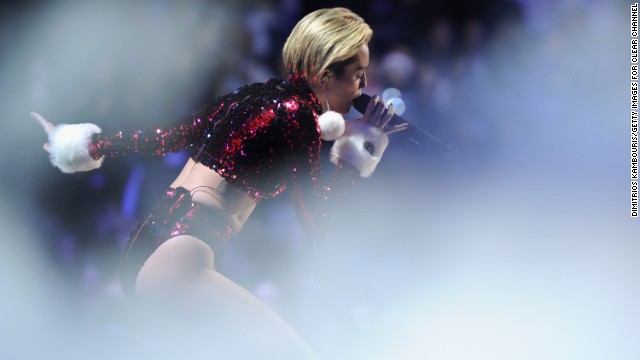 Love her or hate her, folks were definitely talking about Miley Cyrus in 2013. It was her year. 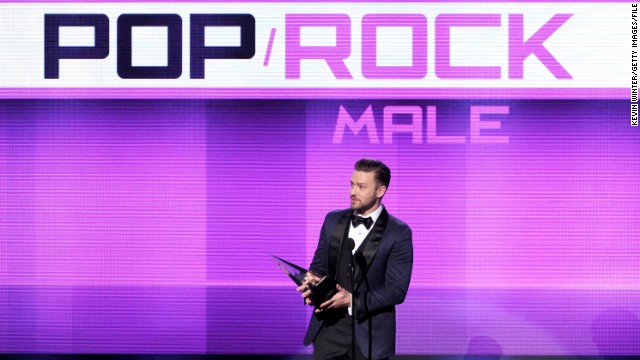 Justin Timberlake won awards, dominated the charts and had videos go viral thanks to his late-night show appearances. If only we could get 'N Sync reunited for real. 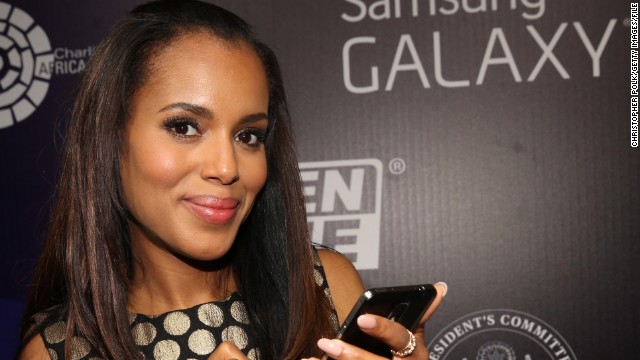 Hit show, new marriage and a baby on the way. Oh, and Kerry Washington also managed to score major magazine covers and prove to the world that she can be funny thanks to a "Saturday Night Live" hosting gig. 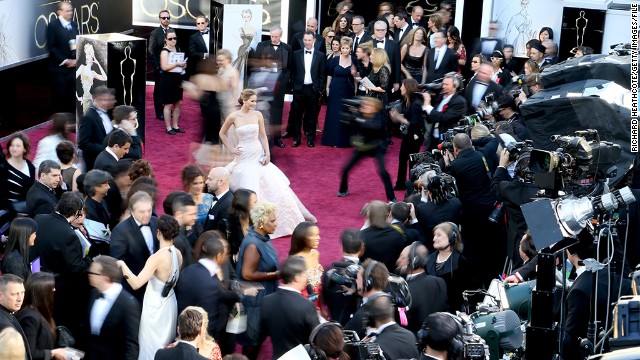 Jennifer Lawrence's adorable levels are off the charts (even her gifs are precious), and she's carving an amazing career for herself after winning the best actress Oscar for last year's "Silver Linings Playbook." This year she wowed in "The Hunger Games: Catching Fire" and "American Hustle." 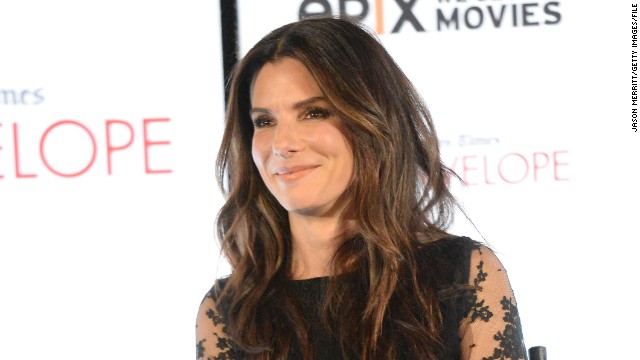 Sandy B. stays winning. Not only is Bullock an amazing actress who can make the world laugh in a female buddy-cop movie ("The Heat") and cry in an out-of-this-world drama ("Gravity"), but she makes it all look easy. 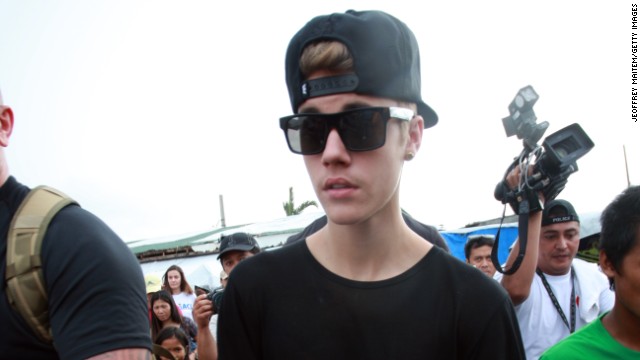 There is so much here to reflect on with Justin Bieber. He lost his monkey, his girlfriend (Selena Gomez) and his squeaky-clean image in 2013. Oh, Biebs. 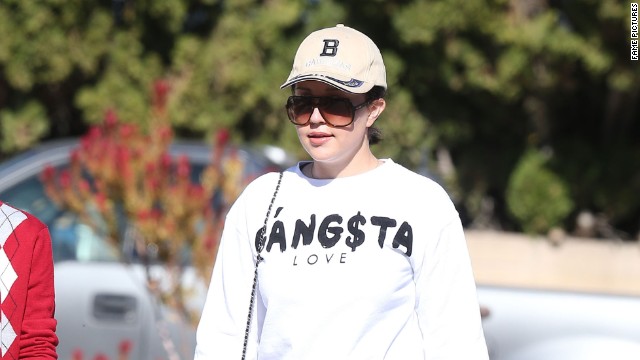 At first the world thought Amanda Bynes was pranking everyone, but it turned out she had some serious issues. It was a rough year for the actress and her family. 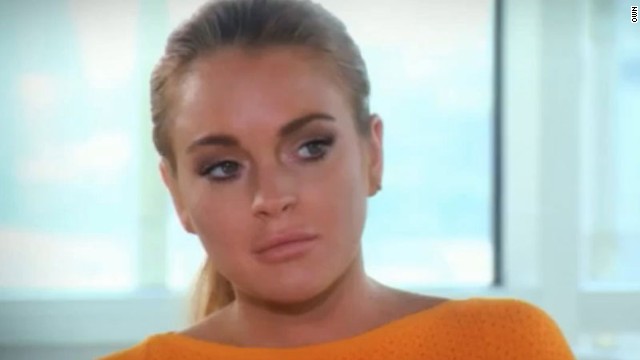 It was supposed to be the year that put Lindsay Lohan back on top with an artsy film ("The Canyons") and a return to the focus on her career and not on past antics. We're still waiting on that. 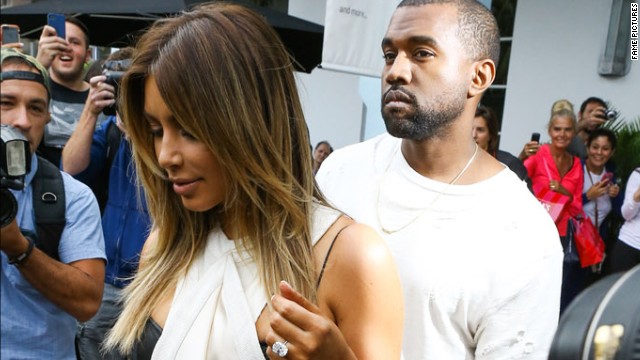 Kim Kardashian and Kanye West united, had a baby and got engaged. They also opened themselves up to incredible scorn -- many times for things that came out of West's mouth during interviews. 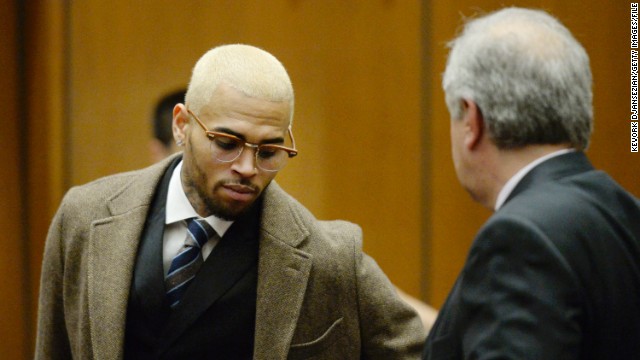 (CNN) -- The year is almost out of here, and boy has it been a whopper.

No, we don't mean the economy or politics. We're talking about the ups and downs of Hollywood celebrities. For some, 2013 has been an amazing year filled with all the good things fame can bring: fans, sales and awards. For others, not so much. The less fortunate have had to deal with criticism, lawsuits and blaring headlines.

Here are five stars who rocked it out in 2013 -- and five who had the rock fall on them:

Cyrus may not have been named Time's Person of the Year, but for a minute there it seemed possible.

At one point Cyrus was leading in an online poll for the coveted title, but ultimately the magazine's editors chose Pope Francis (thank God, right?). Yet even without the honor, it's hard to dispute the obvious: Cyrus kind of owned 2013.

Her scantily clad performance with singer Robin Thicke at the 2013 MTV Video Music Awards in August had everyone talking, and spawned everything from infographics to Halloween costumes.

"You can call Miley Cyrus a lot of things after her bizarre 2013, but poor, uneventful and un-newsworthy aren't some of them," wrote Scott Davis for Forbes. "In one of the most calculated exercises in Marketing 101, Cyrus schooled major brands by understanding that it is not just about becoming the dialog, but orchestrating it and the ecosystem that surrounds it."

Much like her Disney Channel character Hannah Montana, Cyrus seemed to emerge in 2013 as two different people. One, the young woman crazy in love with her gorgeous (now-ex) fiance Liam Hemsworth, and the other an edgy singer who hung out with rappers and twerked in a unicorn onsie. (You can probably thank Cyrus for the fact that you even know what "twerking" is despite the dance style having been around for years.)

And she didn't stop there. The video for her ode to heartbreak, "Wrecking Ball," featured a nude Cyrus swinging on a wrecking ball, showing the singer suggestively licking a sledgehammer.

In November she lit up what appeared to be a joint on stage at the 2013 MTV Europe Music Awards, performed alongside a crying kitten at the American Music Awards, and she was one of only three female solo artists in 2013 to debut an album with more than 150,000 copies sold (Lady Gaga and Katy Perry were the other two). Cyrus charmed while hosting "Saturday Night Live"; her cache allowed her to celebrate her 21st birthday by "taking over" MTV for the day, and her more than 15 million Twitter followers are happy to retweet her candid photos of anything and everything, including the singer in bed and kissing her dog.

Cyrus may be the most visible, but she's not the only celebrity to have a big year. There is also:

The former boy bander had the biggest album of the year, "The 20/20 Experience," which sold 968,000 copies when it debuted in March, held the No. 1 position for weeks and followed that with a second volume, "The 20/20 Experience -- 2 of 2" last month. He joined the elite "Five-Timers Club" of hosts for "SNL," and his history of rap performances with Jimmy Fallon are viral gold. Timberlake's "reunion" with 'N Sync at the VMAs almost exploded the Internet, and he toured with the equally cool Jay Z. Oh, and did we mention he continued to bring sexy back by looking adorable the whole entire time?

Her success in 2013 was, dare we say, "Scandal"-ous. Not only does she star on one of the hottest TV shows of the year, but she also graced countless magazine covers, was named best dressed by People and was the Emmy "It" girl of the season. Washington also managed to pull off a secret marriage, keep her pregnancy under wraps and host "SNL" during a firestorm of controversy regarding the comedy show's lack of diversity.

Don't you just love her? Lawrence has continued to build a reputation as incredibly approachable and just downright cool. Whether it's giving the best quotes during interviews or inspiring amazing gifs, she is helping to shape pop culture. Along the way she also starred in "The Hunger Games: Catching Fire," one of the biggest and most eagerly awaited films of the year, and "American Hustle." We aren't the only ones enthralled by the actress: Barbara Walters selected her as one of the 10 most fascinating people of 2013.

Bullock continued to be America's sweetheart. She was equally comfortable in the pages of Vogue as she was dressed up for Halloween with son Louis. Early buzz has her pegged as an Oscar contender for "Gravity." She also scored with lighter fare such as the female buddy-cop film "The Heat" with Melissa McCarthy. And how many movie stars know the lyrics to the classic hip-hop tune "Rapper's Delight"?

While these celebrities enjoyed a great year, there are a few who didn't fare as well:

The poster child for a not-so-great 2013 would have to be Bieber. Where to begin even? It seemed like he stayed in the news with everything from losing his monkey to a car accident and a run-in with a neighbor. There was also lots of speculation about his time spent in Brazil. To pull it all together for you, we prepared a guide to Justin Bieber's bad year.

Bynes easily assumed the mantle of troubled starlet that Lindsay Lohan had previously owned. Bynes had quite a bit of legal trouble and some bizarre tweets in which she attacked fellow celebs. Nick Cannon penned a letter of support. After being placed on a psychiatric hold, she eventually went into treatment and now appears to be on the mend.

It should have been a great year for Kim Kardashian and Kanye West. A new baby and an engagement and a new album for him. But the pair spent 12 months being raked over the coals from the body shaming of Kardashian's pregnant body to further shaming after she lost weight and posted a selfie of her ample curves in a revealing bathing suit. Meanwhile, West seemed to court contention every time he opened his mouth -- be it comparing Kardashian to Michelle Obama or deeming himself the No.1 rock star on the planet. It got so bad that people wanted to believe West really said he was "the next Nelson Mandela," but even he wouldn't say that. And let's not forget that now notorious music video.

Chris Brown There is probably little sympathy for Brown for landing on the list of those who had a bad year. The singer has never fully rebounded from pleading guilty to assaulting his then-girlfriend, Rihanna, in 2009. Many didn't know what to make of it when the pair briefly reconciled in 2013. Brown was booked on a hit-and-run charge in July that was later dropped, and in October was accused of assaulting a man in Washington. Brown later entered rehab to deal with anger management issues and consequently was kicked out for "acting violently."