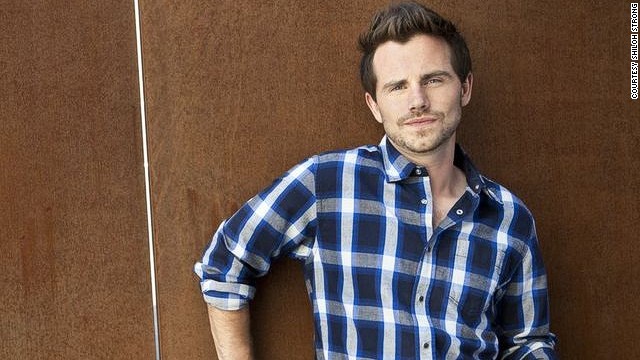 (CNN) -- ABC's '90s sitcom "Boy Meets World" had one of the best TV bromances of our time, but the bond between Ben Savage's Cory Matthews and Rider Strong's Shawn Hunter wasn't part of the original plan.

Had the production team behind the '90s coming-of-age comedy had their way, Savage's Cory, the precocious middle child of a loving middle-class family, would've had more male friends instead of his singular BFF, Strong's floppy-haired Shawn.

"If you watch the first five episodes, there's always another kid there and it's a different kid every episode," Strong, now 33, recalled in an interview with CNN. "They kept trying to have another best friend, they really wanted Cory to have two best friends ... and it just wasn't working -- I think they wanted this feeling of 'Cory's gang,' and it just never quite clicked."

Strong, of course, had already been cast as the mischievous, lady-loving underachiever that became a teen heartthrob, a part that "Boy Meets World" co-creator Michael Jacobs knew was destined to be the actor's from his first read. But the comedic (and heartfelt) magic that was Cory and Shawn's friendship wasn't as obvious.

And then, around a quarter into that first season, Strong was given the opportunity to make Shawn a bigger character.

"There was this kid who unfortunately got fired in the middle of the week because it just wasn't working, and they gave me all of his lines and just made it Cory and Shawn," Strong said. "That same week, Danielle (Fishel) came in as Topanga. That week everything clicked, and we were all like, 'Oh, this is the show. This is the dynamic.'"

For those who are obsessive about "Boy Meets World," which aired from 1993 to 2000, Strong pinpoints this fateful moment as "the episode where Ben straightens his hair."

As the show stretched on, the "bromance" between Savage and Strong became part of its foundation, both to the creative team and the stars themselves.

"As actors, Ben and I really clicked, and it's that kind of connection that you so rarely find with an actor with somebody else, this preternatural connection," Strong said. "This confidence that we always had in each other that we would never let each other down as actors. It's still to this day one of the greatest working relationships of my life."

Ironically, Strong never imagined that he'd ever make it beyond the pilot, let alone a seventh season. When he first landed the gig, the idea of being part of a show for six or seven years seemed like a lifetime.

In essence, the show has even outlived its own cancellation. It's been 13 years since the series wrapped, but "Boy Meets World" still airs regularly, and hardcore fans can own the entire series, now on DVD as a boxed collection for the first time.

The passion for the Matthews family and the characters who floated into their lives has produced a spinoff.

In 2014, Jacobs will reunite with Savage and Fishel, whose characters have moved on from being high school sweethearts to parents, for a Disney series called "Girl Meets World." Although the premise is centered on a new generation, the spinoff is a can't-miss for fans of "Boy Meets World."

Strong doesn't currently have an official involvement with "Girl Meets World," but he believes that Shawn Hunter will probably show up at some point.

"I'm very much in conversation with Michael Jacobs," said Strong who said he is writing and directing, not acting, at the moment.

If Shawn were to make an appearance, though, he unfortunately wouldn't still be wearing his original famed leather jacket. Strong couldn't resist taking the item -- as crucial to Shawn's character as his long hair -- when he moved to New York after "Boy Meets World" ended.

"I stole the jacket from the show -- Disney wouldn't let us take anything, but I had a leather jacket that I had bought on my own, and I swapped it," Strong said. Ironically, the jacket was eventually stolen from his car, Strong said.

Strong has great memories of the set.

"It was a ridiculously tight group of people. ... Between Ben (Savage), Will (Friedle), Danielle (Fishel) and me, it was like the goal of everyday became, can we please stop laughing long enough to get through this scene, because we're having so much fun," Strong said.

Somehow, in the years since they filmed their series finale, the cast has also managed to evade the dreaded PTSS: Post Teen Stardom Syndrome.

For that, the actor-turned-filmmaker likes to give credit to both his grounded upbringing, and another child star who didn't self-destruct: Ben's older brother, "The Wonder Years'" Fred Savage.

"I always give credit to Fred Savage, because he was ahead of us and very close to us but he had been through such a high level of fame," Strong said.

"By the time we started 'Boy Meets World,' he was already going to Stanford. There was just this sense of: 'Hey, school's important. Family's important. You don't have to be the most famous person in the world and make a crapload of money. There are more important things in life.' "