Man tweets for weed; job goes up in smoke 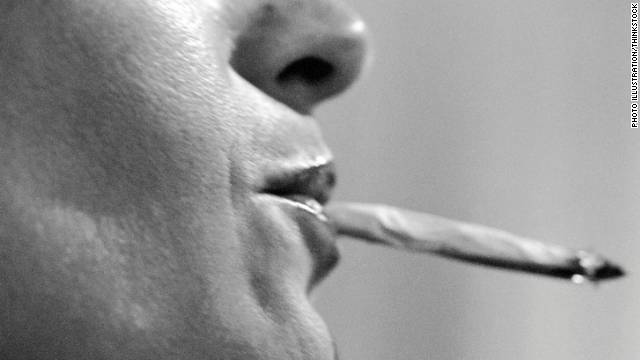 Trying to get weed delivered to your workplace is probably not the smartest thing to do.
STORY HIGHLIGHTS

(CNN) -- Note to self: When soliciting for drugs on Twitter, try a direct message.

Facing another boring day at work, a Toronto car repair shop worker decided some weed would be just the thing to make the day fly by.

Instead of reaching out by phone or walking to his friendly neighborhood drug dealer, the user, using the handle @Sunith_DB8R, tweeted that he needed a joint delivered to his workplace in Vaughan, just north of Toronto.

Awesome! Can we come too? MT @Sunith_DB8R Any dealers in Vaughan wanna make a 20sac chop? Come to Keele/Langstaff Mr. Lube, need a spliff.

You can imagine what happens next.

The police forwarded the tweet to an account for a man listed on the board of directors for the repair shop chain.

But it didn't end there.

When oversharing online can get you arrested

The exchange was retweeted thousands of times. At one point it was a top trend in Toronto that Tuesday.

The tweeter then tried a couple of different tactics.

First, defiance. "Never knew weed smokers are more wanted in society than shooters & rapists. Big smh to all of y'all," said one tweet.

Finally, shame. "Can't lie, stupid move but would y'all have noticed that tweet if YRP didn't retweet it?"

Since the tweeter named the company, Mr. Lube, and the intersection where his shop was, the chain got involved.

"Thank you to the York Regional Police for your help and great work. The matter has now been handled," it said in a tweet.

@YRP Thank you to the York Regional Police for your help and great work. The matter has now been handled.

"Just got the call of termination," tweeted the worker later that afternoon. Make that, the ex-worker.

Canadian broadcaster CTV reached out to the manager of the repair shop, who said "there was an employee here by that name; he no longer works for us."

The York Regional Police explained in a later tweet, "If you shouted on a busy street corner about illegal activity & we drove by, we'd intervene. Think of Twitter as a virtual street corner."

If you shouted on a busy street corner about illegal activity & we drove by, we'd intervene. Think of Twitter as a virtual street corner.

And one final volley from the social media-savvy department.

"At the end an interesting day, a reminder to our tweeps: the Internet is a public forum #tweetsafe #tweetclassy #imagineyourmamareadingit"

At the end an interesting day, a reminder to our tweeps: the Internet is a public forum #tweetsafe #tweetclassy #imagineyourmamareadingit

Lighting up a freshly packed pipe is just the kind of afternoon delight iReporter robcat20 likes after dealing with a stressful day at work as an insurance agent.
Gupta: 'I am doubling down' on medical marijuana
updated 8:40 AM EST, Thu March 6, 2014

I feel very badly that people have suffered for too long, unable to obtain the legitimate medicine that may have helped them, Sanjay Gupta writes.
Cannabis lovers take Denver's 420 weekend to new highs
updated 10:16 AM EDT, Mon April 21, 2014

Coming to the Mile High City was the perfect 65th birthday present for Karen Stevenson. She and her husband experienced what it's like to buy and smoke weed legally.
Could pot push voters to the polls this fall?
updated 2:02 PM EDT, Thu May 8, 2014

Political operatives are pushing pot legalization in several states this year in the hopes of sparking high turnout in this fall's midterm elections, and are looking ahead to 2016 as well.
Minister's daughter: Cannabis 'a gift from God'
updated 7:13 AM EST, Fri March 7, 2014

Aimee Curry recalls sitting on her couch one day, her back contorted, as spasms -- remnants of a car accident that almost killed her in 1992 -- rippled up and down her back.
Legalization of medical marijuana: Where are we?
updated 10:03 PM EST, Thu March 6, 2014

With 20 U.S. states allowing medical marijuana, and others weighing its medicinal or recreational use, advocates of looser laws on weed appear to have the advantage.
Exclusive: Obama talks about pot
updated 7:19 AM EST, Fri January 31, 2014

There appears to be a shift in the United States in favor of relaxing marijuana laws, a topic that has dipped in and out of the national conversation for decades.
Colorado pot law's secondhand effect
updated 10:29 PM EST, Mon January 6, 2014

In an office run from his Massachusetts home, William Downing is part of a burgeoning national pro-pot movement emboldened by the approval of recreational marijuana laws in Colorado and Washington.
Retail pot shops open in Colorado
updated 5:23 PM EST, Thu January 2, 2014

Customers waited in long lines for their turn to buy recreational marijuana in Colorado, the first state in the nation to allow retail pot shops.
Is pot as safe as (or safer than) alcohol?
updated 11:19 AM EST, Wed January 22, 2014

He's only 3 years old, but Landon Riddle is already the focus of a medical marijuana fight in Colorado.
Recreational pot sales: Where the grass is much greener
updated 5:53 AM EST, Sat January 4, 2014

In a far corner of downtown Denver, the Andrews family runs an old-fashioned mom and pop (and daughter) shop, selling the biggest novelty of a new era: marijuana.
Why I changed my mind on weed
updated 8:44 PM EDT, Thu August 8, 2013

Over the last year, I have been working on a new documentary called "Weed." The title may sound cavalier, but the content is not.
Mayor: I did not support legalizing pot
updated 5:40 PM EST, Fri January 24, 2014