'What kind of country is this?' Families demand answers after China plant fire

Mishazi, China (CNN) -- The 38-year-old man stands on the road outside the burned out poultry processing plant, yelling at passing vehicles and demanding answers.

He blocks the path of a local official's car and shouts, "My wife's just gone like that -- what kind of country is this?"

Wang Shoufeng is very angry, and he's not alone.

He says he last saw his wife before she went to work at 4 a.m. Monday to start her 14-hour shift at the poultry factory in this town in the northeastern Chinese province of Jilin.

About two hours later, according to authorities, a fire broke out in the plant's slaughterhouse and spread through the building. The lights went off, witnesses say, and smoke quickly filled the rooms and passageways.

Workers rushed to escape the rising flames, stumbling into one another and slipping over in the confusion. Their panic deepened when they found many of the exits were locked or blocked. 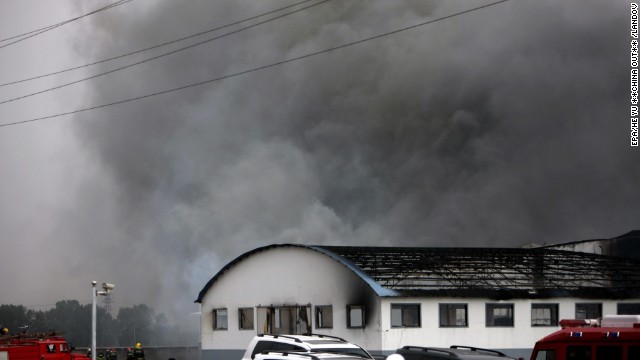 Smoke billows from a large poultry processing plant in Mishazi Township of Dehui City in northeast China's Jilin Province on Monday, June 3. More than 300 workers were inside the plant when the fire broke out about 6 a.m., the state-run Xinhua news agency said. More than 100 people were reported killed in the fire. 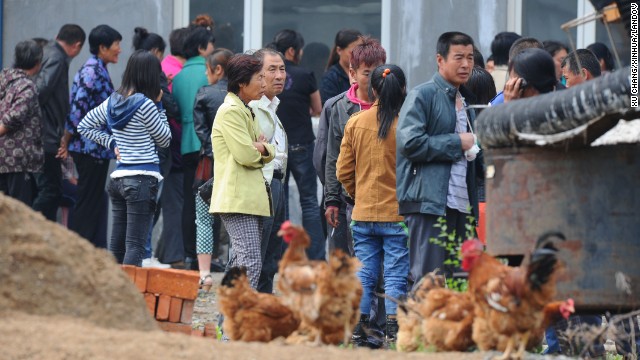 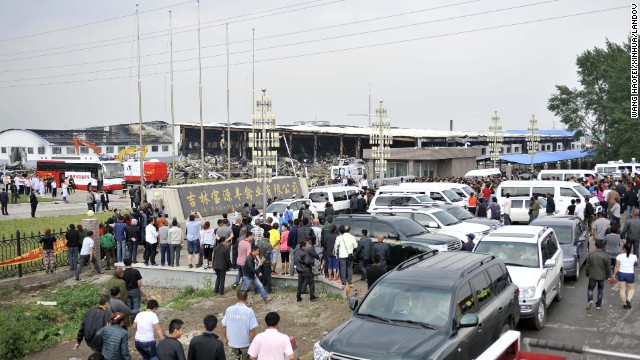 People gather at the site of the fire, which an official says was started by an explosion. 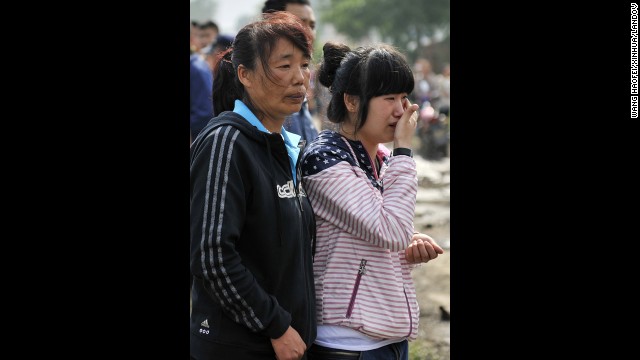 Two women wait for news about a family member. It took six hours to bring the fire under control. 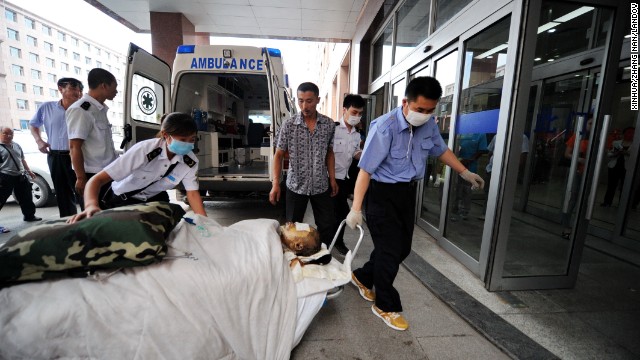 An injured worker is wheeled into a hospital in Changchun. 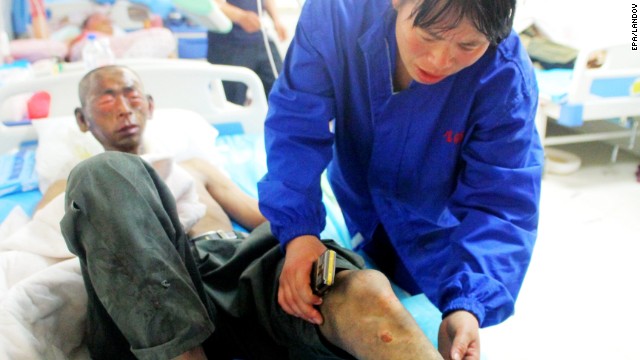 A nurse provides medical treatment to an injured worker who escaped the poultry plant. 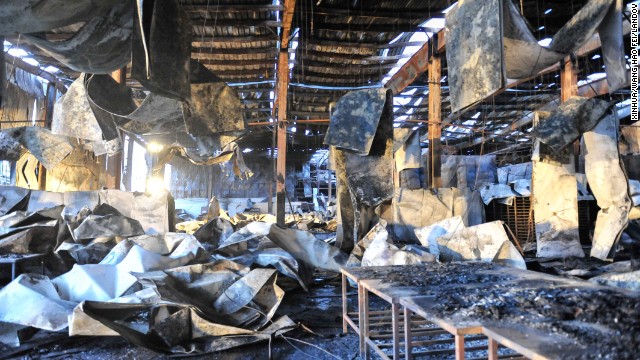 The interior of the poultry slaughterhouse is left in ruins. 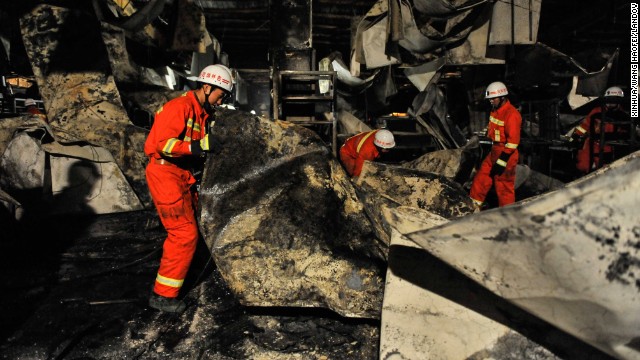 Fire victim: We crawled out of building

It took firefighters several hours to quell the raging flames, according to state media.

At the latest count, authorities said that at least 119 people had died in the blaze and 70 others were injured, making it one of China's deadliest workplace accidents in recent years.

It has focused renewed attention on lax safety standards in Chinese industries.

An unknown number of people remain trapped inside the slaughterhouse, with rescuers still struggling to get into the building because of its "complicated interior structure and its narrow exits."

On Tuesday, Wang and family members of other missing workers gathered at the road outside the plant. They displayed a mixture of grief, anxiety, rage and the need to know what had happened.

But authorities kept them back from the chicken factory's charred remains and tried to stop some of them from talking to journalists.

Despite the risks, Wang described the tough conditions at the plant where his wife earned 2,000 yuan (about $325) a month.

"They work 14, 15 hours a day with very short bathroom breaks," he said. "They work year round with no time off."

He and others complained that local authorities were putting more energy and resources into stopping grieving and anxious families from protesting and seeking answers than into finding their missing loved ones.

Initial investigations suggest the fire may have been started by an explosion resulting from a buildup of ammonia gas, according to the state-run news agency Xinhua.

Witnesses have described hearing a loud bang and seeing the building fill with smoke.

It remains unclear why exits were blocked. Some accounts have suggested that when the electricity went off during the fire, that locked some of the doors.

The reports of workers' difficulties exiting the building have revived concerns about work safety in Jilin and elsewhere in China.

Xinhua said the fire was the latest in a series of workplace accidents in China in the past month. It cited a blast at an explosives factory in Shandong province on May 20 that killed 33 people and an explosion at a coal mine in Sichuan province that killed 28 workers on May 11.

"Past investigations have shown that poor safety awareness and inadequate supervision caused many of the accidents, despite a repeated emphasis on work safety from the central government," the official news agency said in a commentary article.

"The accidents are also the result of companies' desire to pursue profit at the cost of safety, as well as the laziness of officials who fail to fulfill their responsibilities," the commentary said.

Local officials and the Jilin Baoyuanfeng Poultry Company, which ran the plant, are under pressure. Chinese President Xi Jinping and other top leaders are calling on authorities to find the cause of the fire and hold those responsible accountable.

"Those who are suspected of being responsible for the accident have been taken into police custody for further inquiry," Xinhua reported without providing further details.

"Rescue work is still underway," Zhao Xian, deputy director of the local emergency office, told Xinhua on Monday. "The rescuers are trying their utmost to search for any survivors in the fire. We'll do our best to treat the wounded, identify the victims and investigate the cause of the incident."

Such words were little consolation for the anguished, angry relatives. What they wanted were answers.