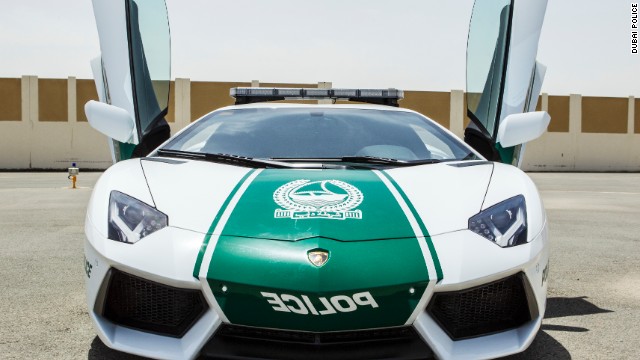 A Lamborghini Aventador is the latest addition to the Dubai Police fleet. 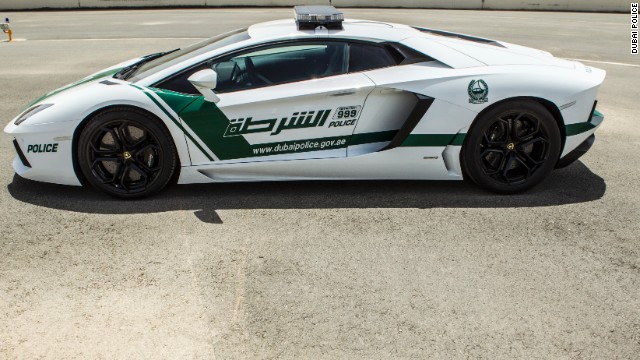 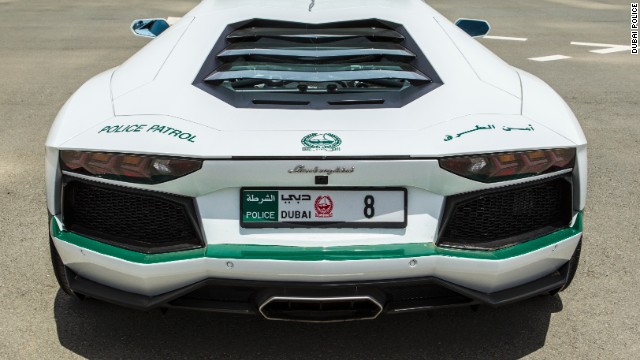 The addition of the green and white Italian sports car, which has a special '8' numberplate, was announced via the Dubai Police Twitter account, @DubaiPolice HQ. 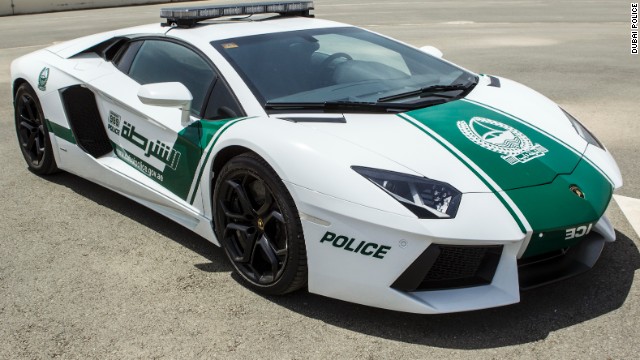 (CNN) -- Dubai already has the world's tallest building, the world's largest shopping mall, and the largest man-made archipelago. So it's no surprise that the country's police would drive one of the world's most extravagant and expensive cars.

The latest addition to the force's fleet is a head-turning Lamborghini Aventador, finished in green and white -- the colors of the Dubai Police force.

WATCH: Dubai police get a Lamborghini

The force made the announcement through its Twitter feed, @DubaiPoliceHQ, resulting in a flurry of tweets with the hash tag #OnlyinDubai.

Twitter user @eJbacher_says said: "Lambo Cop Cars. Do not speed in Dubai. They will hunt you down and in Italian sports cars."

Another tweet from @knicks20 read: " Wouldn't mind being pulled over by the popo in dubai... Lambo cop cars..."

May have to think about a transfer!! Dubai Police Unveil Lamborghini Patrol Car news.sky.com/story/1076687/...

In a written statement, the force said the car, which bears the number 8 on a customized license plate, would be a step towards confirming the stature of Dubai as "a city of luxury in all of its facilities."

Dubai police get a Lamborghini

According to recent figures, 15% of traffic fines issued in Dubai are for driving at speeds in excess of 130 mph (209 kph.)

Dubai police are not the first force to use Lamborghinis on the roads. The luxury sports vehicles are also used by forces in Italy and Qatar.