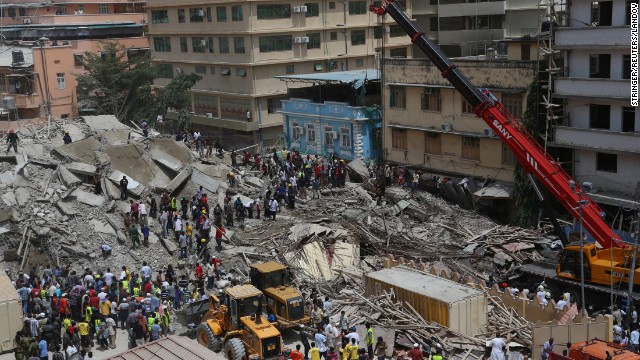 Rescue workers search for survivors as bystanders watch, after a building under construction in the Kariakoo district of central Dar es Salaam, Tanzania, collapsed on March 29. 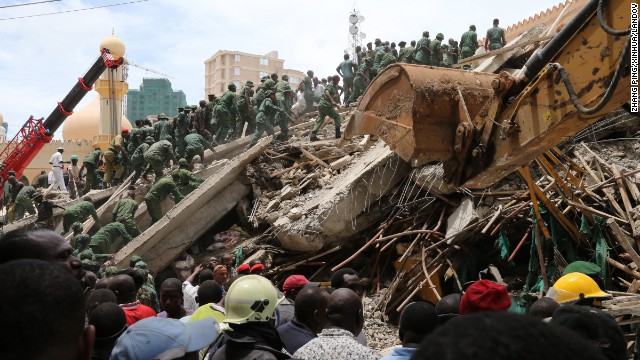 The 16-story building left more than 60 people trapped in the rubble when it collapsed. 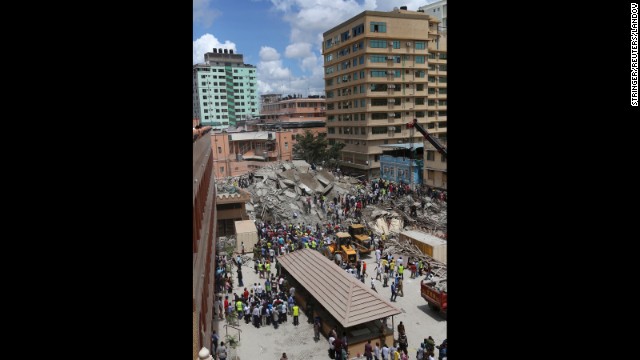 Five children are believed to be among the missing, according to rescue officials. The children were playing in a small field near the building when it collapsed. 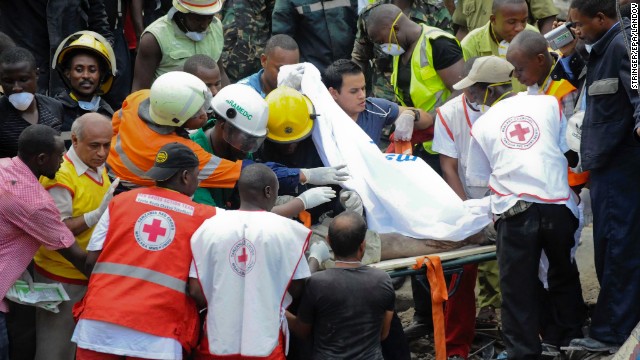 Initial reports indicated that four people had died and at least 17 were injured in the collapse. 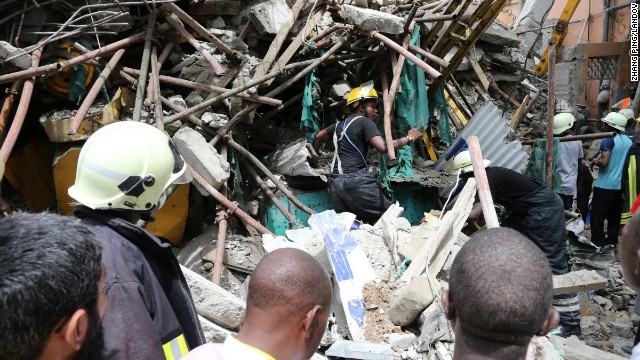 Rescuers comb through the rubble for survivors. 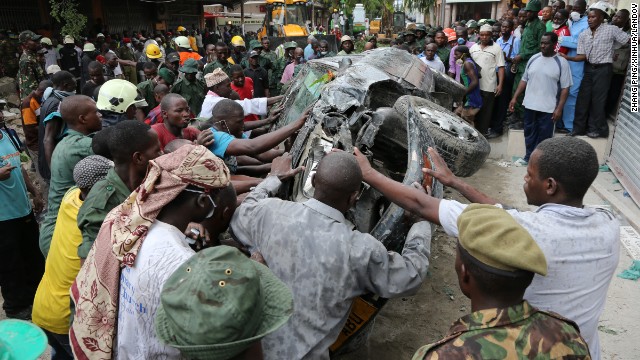 Rescuers and bystanders move a car smashed during the collapse. 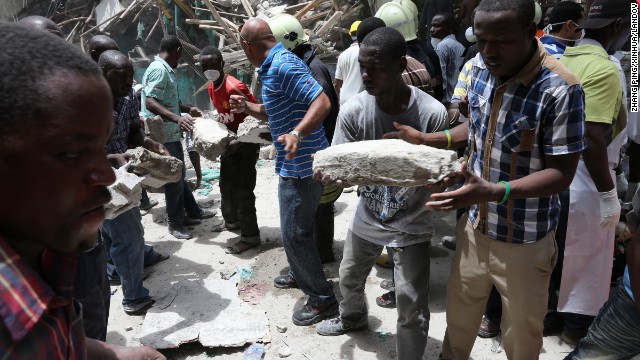 Dar es Salaam, Tanzania (CNN) -- Rescuers planned to search for survivors under a mountain of concrete and twisted metal Friday night after a high-rise building collapsed in Tanzania.

At least four people were dead and 60 were missing after the 16-story building under construction collapsed in Tanzania's largest city, government and emergency officials said.

Five children are believed to be among the missing, rescue official Walji Ali said.

"The fallen building is next to our mosque. There is a small field there where the young boys play football. The building fell right on top," he said. "But 10 to 15 of the boys playing got away safely and are unharmed."

A statement from the nearby mosque said that four of the boys believed to have been playing there were still missing.

Police and search dogs quickly flooded the scene, Bhimani said. By Friday evening, the dogs were gone, replaced by heavy equipment being used to remove debris, he said.

The Tanzanian Red Cross said rescue efforts would continue through the night. But the group also expressed relief that the casualty figures could have been far higher but the streets were relatively empty of vendors and shoppers due to a holiday.

"So far we have managed to rescue live at least 13 people and four dead bodies, two were seriously injured," Stella Marealle from the Red Cross said.

In addition to the deaths, at least 17 people were injured, said Suleiman Kova, a regional police commander.

Construction workers were among those injured, Ali said.

CNN's Sara Mazloumsaki and Brian Walker contributed to this report.