Part of complete coverage from
John Avlon: Commentaries
SHARE THIS 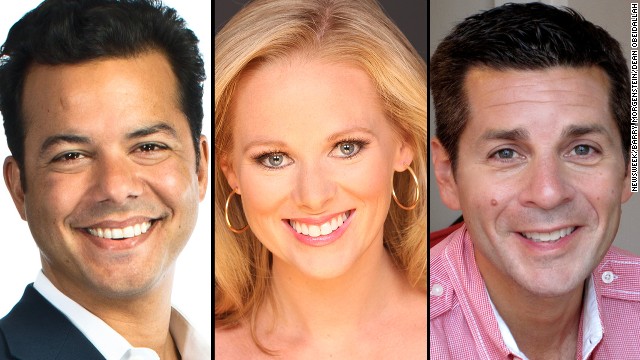 (CNN) -- Welcome to The Big Three -- a CNN Radio podcast on the big three stories of the week, featuring three contributors who write for CNN Opinion -- myself, my bride, Margaret Hoover, and political comedian Dean Obeidallah, who is of no relation (as far as we know).

We each come to the conversation from a different perspective -- center, right and left -- but we all share a commitment to smart, funny, civil conversation. And we're all big Yalta buffs.

To listen, click on the Soundcloud audio player on this page. Or find us on iTunes.

The Big Three stories of this week: the 10th anniversary of the start of the Iraq War, the Republican Party's attempt to modernize and President Barack Obama's trip to Israel.

Iraq: With Margaret as a veteran of the Bush administration and Dean an Arab-American, there are sharp disagreements on the impact of the Iraq War. I remain darkly fascinated by the enduring partisan divide over whether the war was a mistake -- with conservatives and liberals taking mirror image positions, and centrists and independents like myself pushing national opinion over to the mistake side of the ledger.

One contemporary question: Is intervention fatigue slowing America's impulse to stop the slaughter in Syria, where more than 70,000 have been killed while the world watches?

Become a fan of CNNOpinion
Stay up to date on the latest opinion, analysis and conversations through social media. Join us at Facebook/CNNOpinion and follow us @CNNOpinion on Twitter. We welcome your ideas and comments.

GOP modernization: With the Republican Party releasing an "autopsy" report on the mistakes that were made throughout the 2012 election, Margaret is marking the release of the paperback edition of her book "American Individualism: How a New Generation of Conservatives Can Save the Republican Party."

After the paranoid-style party I saw at the Conservative Political Action Conference last weekend, she's got her work cut out for her -- but with Sen. Rob Portman coming out in support of the freedom for same-sex couples to marry, there just might be some hope at the end of this culture war conflict.

Obama in Israel: After being attacked throughout the election as being a weak ally to Israel, Obama was given the red carpet treatment this week. But his newfound friendship with Israeli Prime Minister Benjamin Netanyahu masks a time of real tension and high stakes throughout the region -- including the prospect of protests over stalled peace talks, a potentially nuclear Iran and the bloodshed in Syria.

Is this the environment in which a two-state solution to the Israeli-Palestinian conflict can succeed?

The opinions in this commentary are solely those of John Avlon.