Who's your daddy now, Luke? Disney + Star Wars = Quite a mouse-ful 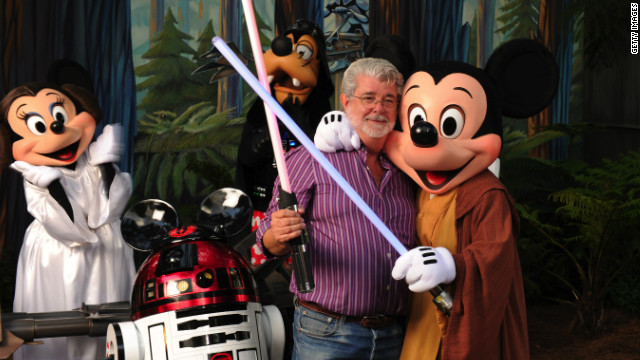 (CNN) -- Commenters on CNN stories have been mixing and matching highlights from the Disney and Star Wars universes, just like the rest of the Internet.

The #disneystarwars and #starwarsdisney Twitter hashtags have been buzzing with jokes about Steamboat Wookie and hopes for an Epcot Death Star, among other things.

Some of the comments we're seeing have been really creative. Here's how readers are combining the pair.

If you have any difficulty viewing this page, please click here.

We hope you've got some additions for this list.

Where do you stand on this newly minted connection, and how do you feel about a Star Wars 7?