For Romney, a 'safe' choice for VP is a big mistake 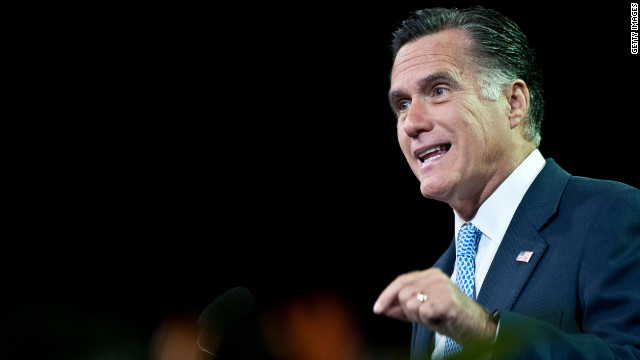 Editor's note: LZ Granderson, who writes a weekly column for CNN.com, was named journalist of the year by the National Lesbian and Gay Journalists Association and is a 2011 Online Journalism Award finalist for commentary. He is a senior writer and columnist for ESPN the Magazine and ESPN.com. Follow him on Twitter: @locs_n_laughs

(CNN) -- Mitt Romney is rumored to be announcing a choice soon for his vice presidential running mate, and conventional thinking suggests his pick is going to be "safe," someone who brings a high measure of conservative street cred, and preferably from a swing state.

In other words, the rumor is the guy who has trouble getting people to like him is going to pick someone even more boring than him.

It seems he hasn't figured out that as long as Barack Obama is president, his base will be fired up in spite of his dull personality, so what he doesn't need to do is waste this pick on a running mate Republicans will like.

What he needs is someone who can attract voters on the fence.

A media darling with a successful track record to point to and someone whose social politics won't immediately get them labeled by independents as "crazy."

Enter Michael Bloomberg: that union-fighting/gay-couple-loving renegade who would make things complicated for Democrats because he's managed to get elected three times in the most diverse region in the country while being a rich, old white guy.

Four years ago, Sen. John McCain selected a game changer who turned out to be better in theory than in practice. Like Sarah Palin, Bloomberg would be a curve ball. But while she got people talking, the New York mayor would get people talking and thinking.

No apology for Romney from Obama camp

By being something many of the other VP options are not: a real Republican. An old school Republican.

Who will run with Romney?

Romney could go with the current GOP incarnation of the anti-tax, Bible thumper who would demonize social programs, but most everyone would see that as pandering, not problem solving.

Bloomberg is viewed as a compassionate leader with many traditional Republican views who would be focused on reducing deficits by increasing revenue in addition to making tough decisions on spending cuts.

You know, like that Ronald Reagan guy the new generation idolizes but is reluctant to emulate. Remember Reagan raised taxes to help dig us out of a hole. And while he doesn't like to talk about it, when Romney was governor, he too raised taxes. As did Bloomberg.

And if you comb through this country's history, you will see that raising taxes is not the Democrats' way of exchanging wealth, it's been a reoccurring part of the deficit reduction equation and -- in the mayor's words -- "Republicans who emphasize economic freedom would have a lot more credibility if they'd stop promising a free lunch."

Bloomberg didn't say that four years ago. He didn't say that last year. He wrote that in a Wall Street Journal op-ed in March. That's the kind of honest assessment voters on the fence are looking for. They're not married to a party. They're not looking for partisan cheerleaders. They already see the writing on the wall. They're just waiting to see which candidate is going to be courageous enough to read it out loud.

For his part, Bloomberg has already said he felt Romney would do a better job of running the country than Obama. But the reason why he hasn't endorsed the former Massachusetts governor is because of Romney's social politics, which used to be more in line with Bloomberg's before he started pandering to the religious right.

However, after nearly eight years of campaigning for president, the one thing that should be clear to Romney at this point is that the religious right doesn't like him. It's just tolerating him because it dislikes Obama more. And picking a safe, religious conservative running mate is not going to make Romney any more attractive to his reluctant base, and it doesn't matter because these people are already resigned to voting for him.

But it does run the risk of alienating independents who are leery of a social policy agenda hijacking the attention that needs to be directed at the economy.

In the fall of 2010, Republicans came storming back into power under the guise of creating jobs and fixing the economy. By the spring, we nearly had a government shutdown over the party's obsession with Planned Parenthood during budget talks. The country cannot afford another platform bait-and-switch.

So if planting that leak of Condi Rice being on the shortlist of running mates was Team Romney's way of getting the attention off his tax returns and his time at Bain, it was a very good effort. But that distraction is going to be short-lived if he pulls a name such as Tim Pawlenty or Washington insider Rob Portman out of the hat.