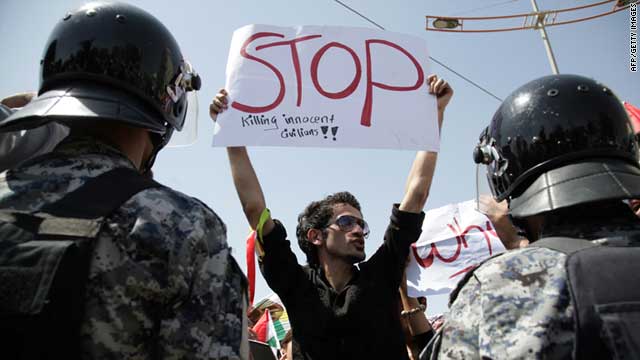 Iraqi Kurds protest against the Turkish bombardment of border villages outside the Turkish consulate in Arbil on August 24, 2011.
STORY HIGHLIGHTS
RELATED TOPICS

About 90 to 100 Kurdish rebel fighters have been killed since the incursion started, Turkey said Tuesday.

Around 80 people have been wounded in the push, the military said.

On Sunday night, a PKK spokesman said no rebels had been killed. PKK refers to the Kurdistan Workers' Party, which the United States considers a terror group.

Dozens of Turkish soldiers have been killed over the last month, in a clear escalation of the conflict that has raged intermittently between Kurdish separatists and the Turkish state since 1984.

More than 30,000 people have been killed in the conflict, many of them ethnic Kurds. The Kurds are Turkey's largest ethnic minority.