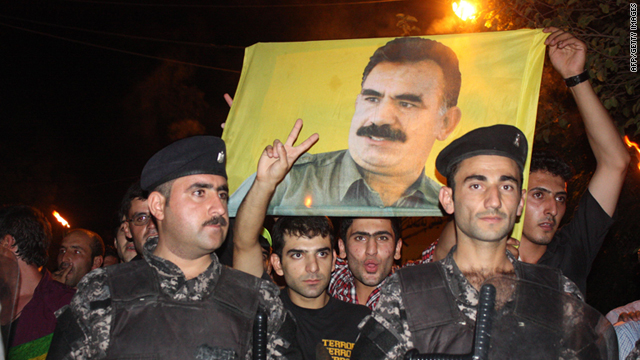 The military carried out more than 130 airstrikes and nearly 350 artillery strikes between last Wednesday and Monday in an offensive against fighters of the Kurdistan Workers' Party, or PKK, in neighboring Iraq. Around 80 people have been wounded in the push, the military said.

On Sunday night, a PKK spokesman said no rebels had been killed.

Dozens of Turkish soldiers have been killed over the last month, in a clear escalation of the conflict that has raged intermittently between Kurdish separatists and the Turkish state since 1984. More than 30,000 people have been killed in the conflict, many of them ethnic Kurds. The Kurds are Turkey's largest ethnic minority.

Turkish authorities have not responded to reports from the Iraq's Kurdish authorities that a family of seven civilians was killed by an airstrike on Sunday.