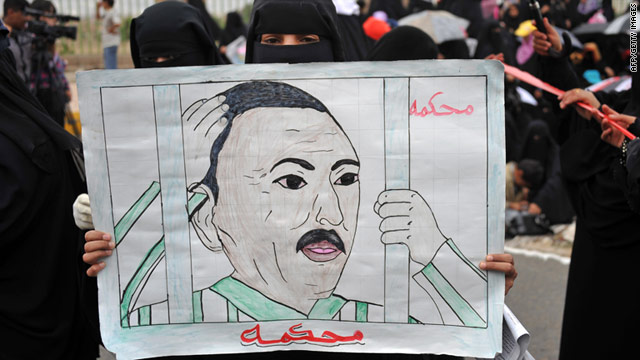 The move comes amid efforts to replace President Ali Abdullah Saleh and his embattled government.

The council will have 143 members from a range of political factions, including political figures abroad and in exile.

Its main mission will be to end the Saleh regime and ensure that its demands be met. The council will seek recognition from world and regional powers as the sole representative of Yemen.

Saleh, who has been faced with widespread anti-government sentiment and militant activity, has been urged to accept a political transition plan that will lead to his departure.

He has been in Saudi Arabia for treatment of wounds he suffered in an assassination attempt June.

Mohammed Qahtan, the spokesman for the opposition Joint Meeting Parties, welcomed the powerful step on the council formation and insisted that Yemen is going in the right direction.

"The national council will speed the process of change in Yemen and will end all government efforts in forcing the country to enter a phase of violence," said Qahtan.

The council is expected to meet later in the week to choose a president and a 20-person executive committee to run the affairs of the "Yemeni revolution," said Qahtan.

Sakhr Wajeeh, a senior opposition official and member of the council, said the doors are still open for more political figures and sides to enter in order to ensure that the council represents all the Yemeni people.

"This council is key to the success of the Yemeni revolution and all parties must be involved and active in order to lead the country towards prosperity," said Wajeeh.

The Houthi Shiite rebels, who control the northern Saada province and are a strong force in Yemeni politics, were not involved in the national council; they refused to join. However, they are still in dialogue with opposition officials on receiving membership to the council.

The council will gradually work on convincing the international community to acknowledge it as a legitimate representative of the Yemeni people.

"This is step one, and if the regime does not accept peaceful transition of power, we will call on the international community to change its stance on who represents the Yemeni people," said Ahmed al-Bahri, a senior opposition Haq party official.

The conference was held at Sanaa University, just meters away from Change Square, where youth protesters have set up camps demanding a regime change. Protesters insist that Saleh's family stand trial for crimes committed against Yemenis.