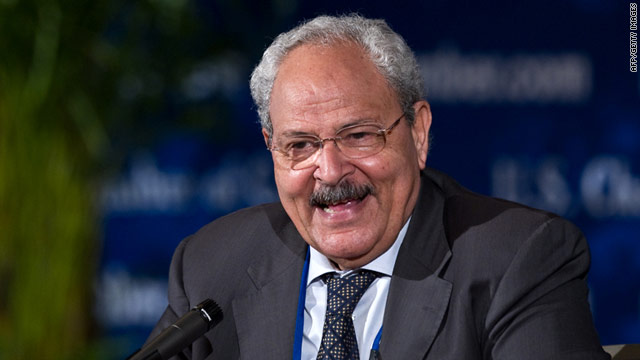 The prime minister accepted the resignation of Industry Minister Samir Al-Sayyad, according to Ahmed Saman, spokesman for Sharaf. It was not immediately clear who would replace him.

The moves come amid an ongoing shakeup in the government, which is under pressure to speed up the pace of reform since President Hosni Mubarak resigned on February 11 after protests.

Egypt's Foreign Minister Mohamed el-Orabi, who had been in office for less than a month, stepped down on Saturday.

Several people working within the current government have been criticized for allegedly being too close to the former leader and those who helped suppress demonstrations last winter.

Thousands of disgruntled pro-democracy activists have again descended on Cairo's Tahrir Square, setting up tents in the iconic roundabout that was the hub of the uprising.

The Supreme Council of the Armed Forces and Sharaf's caretaker cabinet have been in charge of the country since Mubarak's ouster. Egypt's military rulers have scheduled parliamentary elections for September.