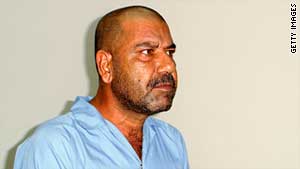 All five members were tried and sentenced to death and are expected to be executed within a month, said the spokesman, Haider al-Saadi.

The five were among the last 206 Iraqis the United States was holding at Camp Cropper, a detention facility near the Baghdad airport that was transferred to the Iraqis in July, 2010. Saddam Hussein spent three years jailed at Camp Cropper before his execution in December 2006.

The transfer of the detainees represents the final steps of the U.S. military relinquishing control of Camp Cropper, part of the drawdown in Iraq.