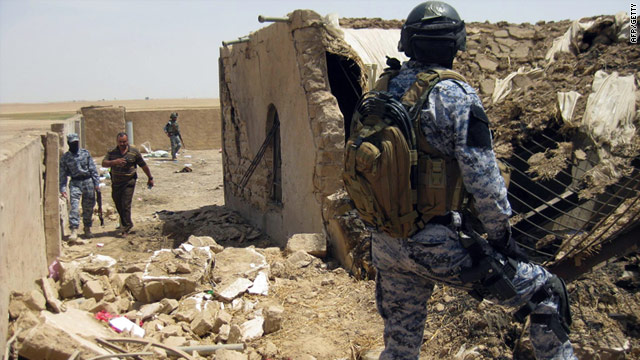 Baghdad (CNN) -- The widow of an al Qaeda in Iraq leader has been sentenced to 20 years in prison, after being convicted of involvement in terrorism.

Abu Ayyub al-Masri was the military leader of al Qaeda in Iraq. He was killed along with Abu Omar al-Baghdadi, who was

leader of the Islamic State of Iraq, an umbrella group that includes al Qaeda in Iraq.

When they were killed more than a year ago, then-commander of U.S. Forces-Iraq Gen. Raymond Odierno called it "potentially the most significant blow to al Qaeda in Iraq since the beginning of the insurgency."