From Shahira Amin, For CNN 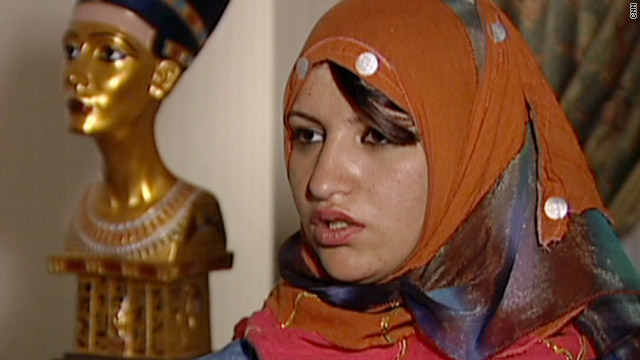 Cairo (CNN) -- A senior Egyptian general admits that "virginity checks" were performed on women arrested at a demonstration this spring, the first such admission after previous denials by military authorities.

The allegations arose in an Amnesty International report, published weeks after the March 9 protest. It claimed female demonstrators were beaten, given electric shocks, strip-searched, threatened with prostitution charges and forced to submit to virginity checks.

At that time, Maj. Amr Imam said 17 women had been arrested but denied allegations of torture or "virginity tests."

But now a senior general who asked not to be identified said the virginity tests were conducted and defended the practice.

"The girls who were detained were not like your daughter or mine," the general said. "These were girls who had camped out in tents with male protesters in Tahrir Square, and we found in the tents Molotov cocktails and (drugs)."

Egypt under fire for 'virginity tests'

The general said the virginity checks were done so that the women wouldn't later claim they had been raped by Egyptian authorities.

"We didn't want them to say we had sexually assaulted or raped them, so we wanted to prove that they weren't virgins in the first place," the general said. "None of them were (virgins)."

This demonstration occurred nearly a month after Egypt's longtime President Hosni Mubarak stepped down amid a wave of popular and mostly peaceful unrest aimed at his ouster and the institution of democratic reforms.

Afterward, Egypt's military -- which had largely stayed on the sidelines of the revolution -- officially took control of the nation's political apparatus as well, until an agreed-upon constitution and elections.

The March 9 protest occurred in Tahrir Square, which became famous over 18 historic and sometimes bloody days and nights of protests that led to Mubarak's resignation.

But unlike in those previous demonstrations, the Egyptian military targeted the protesters. Soldiers dragged dozens of demonstrators from the square and through the gates of the landmark Egyptian Museum.

Salwa Hosseini, a 20-year-old hairdresser and one of the women named in the Amnesty report, described to CNN how uniformed soldiers tied her up on the museum's grounds, forced her to the ground and slapped her, then shocked her with a stun gun while calling her a prostitute.

The treatment got worse, Hosseini said, when she and the 16 other female prisoners were taken to a military detention center in Heikstep.

There, she said, she and several of other female detainees were subjected to a "virginity test."

"We did not agree for a male doctor to perform the test," she said. But Hosseini said her captors forced her to comply by threatening her with more stun-gun shocks.

"I was going through a nervous breakdown at that moment," she recalled. "There was no one standing during the test, except for a woman and the male doctor. But several soldiers were standing behind us watching the backside of the bed. I think they had them standing there as witnesses."

The senior Egyptian general said the 149 people detained after the March 9 protest were subsequently tried in military courts, and most have been sentenced to a year in prison.

Authorities later revoked those sentences "when we discovered that some of the detainees had university degrees, so we decided to give them a second chance," he said.

The senior general reaffirmed that the military council was determined to make Egypt's democratic transition a success.

"The date for handover to a civil government can't come soon enough for the ruling military council," he said. "The army can't wait to return to its barracks and do what it does best -- protect the nation's borders."