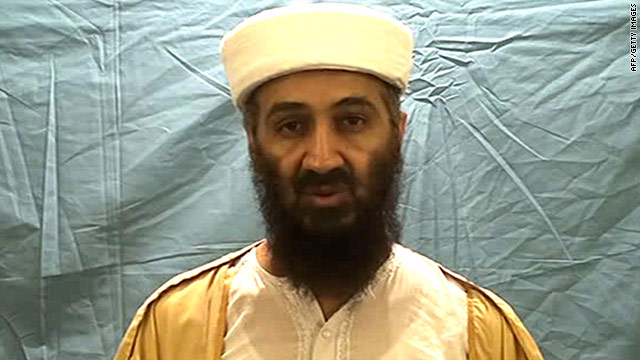 The recording, which is more than 12 minutes long and was released by al Qaeda's media arm, As-Sahab, lists the speaker as bin Laden and calls him "the martyr of Islam."

The audio begins with a prayer and remarks reportedly made by bin Laden about anti-government protests and uprisings earlier this year in several African and Middle East countries.

CNN, which translated the audio, could not confirm its authenticity.

The Islamic date with the audio indicates it was recorded between April 4 and May 3.

Its posting came one day before U.S. President Barack Obama was to deliver a speech highlighting his administration's revised policies toward the Arab region in the wake of the Arab Spring protests.

Just last week, a U.S. official told CNN a message with similar topics was seized at bin Laden's Pakistan compound during the May 2 raid by U.S. commandos.

The official, who spoke on the condition of anonymity because of the classified nature of the information, has not yet compared the recordings.

The audio on the websites calls for solidarity among Muslims.

"My Muslim Umma (nation), we are monitoring with you this great historic event, and we join you with your joy and delight, so congratulations on your victories, and may God have mercy on your martyrs. May He cure your injured and grant the release of your prisoners."

After poetry, the speaker comments on North Africa's Maghreb, a region that includes Tunisia, Libya and Algeria.

"The (Muslim) nation was always getting ready for the victory that is rising from the eastern horizon, but the surprise was that the sun of the revolution rose from the Maghreb, the west. The light of the revolution sparked in Tunisia, and the nation felt the relief, the faces of the people got brightened, and the throats of the rulers got coarser, and the Jews got terrified because the coming of the promised day.

"With the overthrow of the tyrant, the definitions of fear, humiliation and surrender have fallen as well. The new meanings of freedom, pride, audacity and courage were risen. The winds of change came, in a will of liberation."

He encouraged Muslims to fight corrupt rulers and "Western hegemony."

"I believe that the winds of change will overtake the whole Muslim world, with God's permission," bin Laden allegedly says.

The U.S. official who spoke about the tape confiscated in the raid said it was "puzzling" that bin Laden would "suddenly join the bandwagon on the uprisings," months after they started and not mention all the Arab nations in turmoil. For instance, the official said it was a "head-scratcher" why bin Laden would not indicate his support for the uprising against Libyan leader Moammar Gadhafi, a man bin Laden detested.

CNN's Saad Abedine and Pam Benson contributed to this report.