UAE blogger is in prison, but is being treated well, wife says 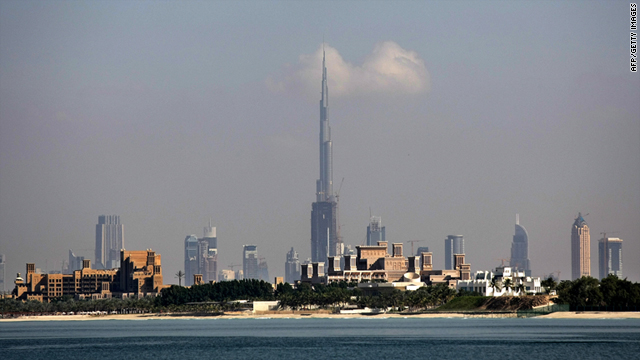 Ahmed Mansoor was taken from his home in Dubai on Friday his wife says. Mansoor has called for poltical reform in the UAE.
STORY HIGHLIGHTS
RELATED TOPICS

Ahmed Mansoor is being treated well, according to wife Nadia, who said she spoke to him Tuesday evening.

Mansoor's attorney, Abdul Hamid Al Kumity, said he is not aware of any charges against his client, but will meet with the prosecutor's office Wednesday.

Dubai police have told Al Kumity that two bottles of whiskey were found in Mansoor's house. Alcohol is available at hotels and select stores in the UAE, but Muslims are not allowed to buy or possess it.

Mansoor's wife acknowledged that here was alcohol in their house, but said they don't drink. The alcohol, in a small unopened box, was probably a gift from friends or family, she said.

About 10 men, including two wearing police uniforms, picked up Mansoor from his apartment Friday afternoon, according to his wife.

The men also took Mansoor's passport and laptop and left without telling her where they were taking him or why.

Fahad Salem al-Shehhi, a friend of Mansoor's who helped him with his website, was detained Saturday evening, said activist Mohammed al-Mansoori. Al-Shehhi was taken from the Emirate of Ajman, where he was living temporarily while his wife studies there, al-Mansoori said. Al-Shehhi has been without a passport for seven years, he said.

Officials in the UAE have not responded to persistent queries regarding the detentions. Mansoor has no criminal record or prior incidences with the law, according to Al Kumity.

Mansoor was part of a group of 133 nationals who petitioned the president on March 9 for direct elections. The group included academics, former government officials, journalists and activists.

The petition was addressed to President Sheikh Khalifa bin Zayed Al Nahyan and the members of the Supreme Council of the seven Emirates that form the UAE.

In addition to elections, the group asked that the Federal National Council be granted legislative powers. The body only works in an advisory capacity and has no regulatory powers.