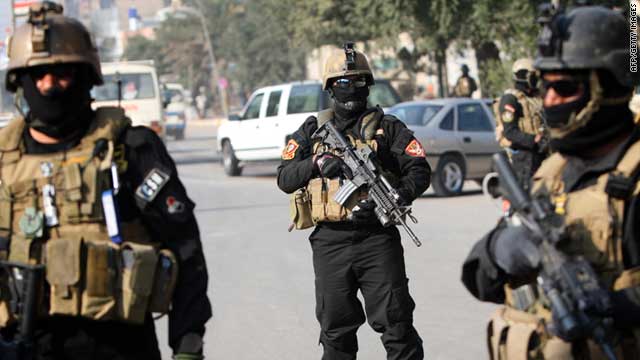 Members of an Iraqi anti-terror unit stand guard at a checkpoint in Baghdad in January.
STORY HIGHLIGHTS
RELATED TOPICS

Baghdad (CNN) -- The head of a television station and a human rights activist were shot dead by gunmen who attacked their car with small arms fire Friday, Iraq's interior ministry said.

He was killed immediately when gunmen intercepted his car and fired on it, interior ministry officials said.

Separately, two civilians were killed and four others were wounded when a roadside bomb exploded in a residential area in the northern outskirts of Baghdad on Thursday night.