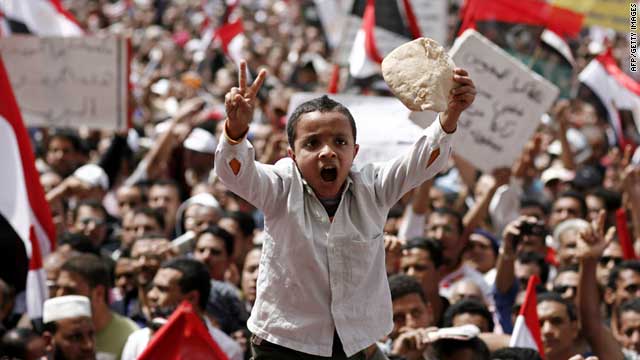 Cairo, Egypt (CNN) -- Thousands of demonstrators gathered in Cairo's famous Tahrir Square on Friday, as part of an effort by liberal activists to revive their movement after a series of perceived political set-backs.

Dubbed the "Friday to Save the Revolution," the rally is an effort to show opposition to a recent proposed law which would criminalize protests. It is also an effort to re-assert the youth movement which drove former president Hosni Mubarak from power.

Many liberal activists fear they have been side-lined since Mubarak's February 11 overthrow by Egypt's ruling military council and by more politically-experienced Islamist groups, well disciplined after operating for decades in secret while facing harsh persecution.

"We want to ensure that our revolution is not stolen from us," announced a flier published by the Youth Coalition, one of the more prominent associations that emerged from the revolution.

Islamists on the rise in Egypt?
RELATED TOPICS

The group denounced a recent raid by soldiers to break up a sit-in at Cairo University. It also demanded the prosecution of several former allies of Mubarak and the removal of Mubarak supporters from top positions at Egyptian television stations and newspapers.

In a recent interview with CNN, a spokesman for the Youth Coalition conceded that liberal groups were scrambling to catch up with better-established political organizations like the 83-year old Muslim Brotherhood ahead of parliamentary elections, scheduled to take place in September.

"We are in a competition with time," said Mohamed Taman, an artist who suffered a bullet wound to the eye from security forces during the protests that began on January 25th. "For the next parliament elections we are sure that we will not be able to be ready."

The Egyptian military used force to break up a previous protest in Tahrir Square on March 9. Activists described how they were beaten and tortured while in military detention.

Friday's gathering appears to have been sanctioned. A main entry-way into the square has been blocked by parked cars, while activists have been giving speeches from a stage in the square.