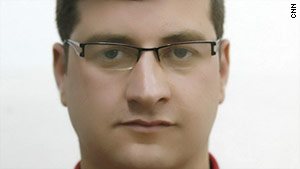 Killed in the Tikrit violence was Sabah al-Bazi, a freelancer who worked with Reuters, CNN and Al-Arabiya.
STORY HIGHLIGHTS
RELATED TOPICS

Editor's note: On the blog for "BackStory," CNN journalists remember a fallen colleague.

At least 56 people died and 98 others were wounded when armed men assaulted and seized the building in Tikrit, the capital of Salaheddin Province in northern Iraq. Iraqi forces launched a raid to take back the building and free hostages, many of whom were killed by the attackers in the building, the officials said.

The armed militants, clad in police uniforms, clashed with the Iraqi police, and a suicide car bombing also was reported in the fighting.

Overall violence in Iraq has dropped drastically over the past three years, and the insurgency there has received devastating blows. However, Tuesday's assault shows that Iraq remains an unstable country and insurgents are still able to carry out deadly attacks.

"This coordinated attack in Tikrit bears the hallmark of al Qaeda in Iraq, and the attackers were planning to take all members of Salaheddin Provincial Council as hostages," a senior official with Tikrit police told CNN on condition of anonymity because he is not authorized to speak to media.

Among the dead are at least four Salaheddin provincial council members, the chief of Salaheddin police and a local journalist, Sabah al-Bazi.

Al-Bazi was a freelancer who worked with Reuters, CNN and Al-Arabiya, according to his cousin Mahmoud Salih, also a freelance journalist.

Salih -- who said al-Bazi died in the car bombing -- told CNN his cousin contacted him 30 minutes before he died, asking him whether he wanted to film ammunition seized by security forces.

A number of gunmen inside the building were wearing explosive vests, and at least two of the attackers detonated their vests as Iraqi security forces approached, Tikrit police said.

Dozens of employees were held hostage inside the building, which houses the provincial council and other government offices.

Local TV in Tikrit showed video of smoke rising from the building, surrounded by Iraqi security forces, and aired the sounds of heavy gunfire.

The tactics were similar to an attack on a church in Baghdad in October, when gunmen took dozens of hostages, detonated suicide belts, and killed and wounded scores of people.

Authorities in Salaheddin announced a three-day mourning period for the victims of Tuesday's attack.

A U.S. military spokeswoman said American troops "assisted Iraqi security forces with securing the site of the attack and were providing aerial observation and surveillance in support of Iraqi forces on the ground."

The United States is set to withdraw all of its troops from Iraq at the end of the year in a bilateral agreement with the Iraqi government. However, it is too soon to predict whether the United States and Iraq will negotiate an agreement to keep some U.S. soldiers there after year's end.

Elsewhere in Iraq on Tuesday, a prominent doctor was killed in western Baghdad when his vehicle exploded, officials said.

Police said a magnetic bomb had been attached to the car of Mohammed Hussein, dean of the Dental College at Mustansiriya University.

On Saturday, Zaid Abdulmonem, a college professor was killed and his wife was critically wounded when a sticky bomb attached to Abdulmonem's car exploded in central Baghdad, officials with Iraq's Interior Ministry told CNN. Two other bystanders were also wounded in that attack, they said.

Since the U.S.-led invasion of Iraq in 2003, insurgents and militias have targeted professors, doctors, pharmacists, engineers and intellectuals.

According to a report released by Iraq's Ministry of Human Rights, 340 university professors and 446 students were killed in the country during the worst of the violence from 2005 to 2007.