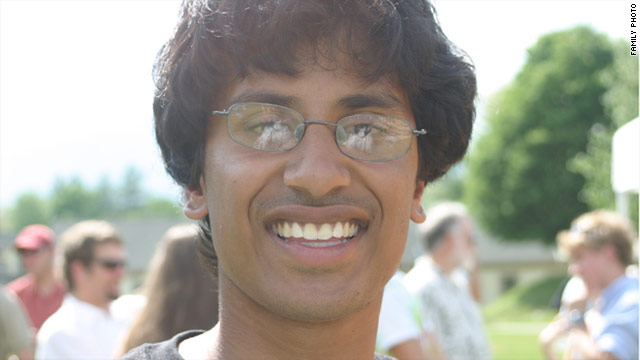 Tik Root likely watched a protest, but would not have participated, his father contends.
STORY HIGHLIGHTS

(CNN) -- The father of an American student who disappeared in Syria said Saturday his son "is safe and well," but remains in the hands of Syrian authorities.

The young man attends Middlebury College, also in Vermont, which published a statement from Tom Root.

"We received some great news this morning from the Syrian Embassy and officials from Damascus, conveyed to me by Senator [Patrick] Leahy and others," Root wrote.

"Tik has been located, and we understand that he is safe and well. He remains in the hands of the Syrian authorities, who are currently responsible for him. We very much appreciate the efforts of Ambassador Imad Moustapha and Senator Leahy in continuing to work to bring this complex situation to a resolution. ... Please know how much we value everyone's good wishes and hopes."

Moustapha is Syria's envoy to the United States.

Tom Root told CNN Friday that his son, who is studying this spring in an Arabic program through Damascus University, likely watched a protest, but would not have participated.

"We suspect he was picked up on the periphery," the elder Root told CNN's Eliot Spitzer.