Arrests made in notorious Cairo horse and camel assault 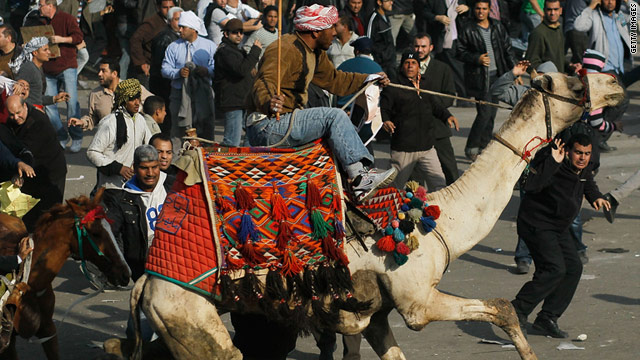 Cairo, Egypt (CNN) -- Two men with political ties to Egypt's former leader were arrested on charges related to orchestrating an assault on protesters in Tahrir Square by attackers riding horses and camels.

A local prosecutor's office on Saturday identified the two as Abdel Nasser al-Jabari and Youssef Khattab -- both of whom were members of parliament and ex-President Hosni Mubarak's National Democratic Party.

The assault is considered by many a turning point in the effort to topple the Mubarak regime.

Mubarak's supporters -- some of whom wielded whips -- rode horses and camels and charged into the crowd of anti-government protesters in Tahrir Square last month.