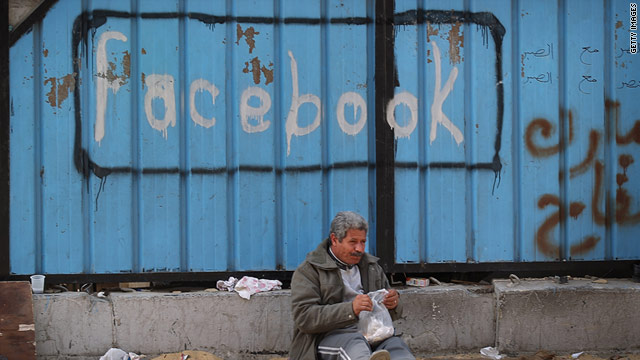 A fence is spray painted with the word Facebook in Tahrir Square during protests which saw the ouster of President Mubarak.
STORY HIGHLIGHTS
RELATED TOPICS

(CNN) -- A man in Egypt has named his newborn daughter "Facebook" in honor of the role the social media network played in bringing about a revolution, according to a new report.

Gamal Ibrahim, a 20-something, gave his daughter the name "to express his joy at the achievements made by the January 25 youth," according to a report in Al-Ahram, one of Egypt's most popular newspapers.

Many young people used Facebook and other social media networks to organize the protests, which began January 25 and ultimately led to the ouster of President Hosni Mubarak after 30 years in power.

Wael Ghonim, a Google executive who organized a Facebook page on his own time, became a central figure of the revolution.