In Kuwait, another day of protests staged by noncitizens 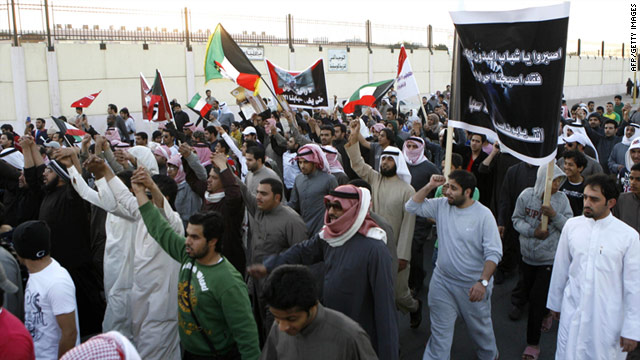 The demonstration occurred in Sulaibiya, just north of Kuwait City, witnesses and a government official said on Saturday.

Hundreds of protesters calling for greater rights for longtime residents who are not citizens of the country demanded the release of people arrested in demonstrations Friday.

A spokesman for the Interior Ministry, Col. Adil Al-Hashash, told CNN that the security forces called on protesters to stop demonstrating and to take their grievances through legal channels.

The protesters attacked the security forces, who managed to disperse the people and make arrests, he said.

The forces used tear gas on the demonstration involving between 200 and 400 protesters.

On Friday, more than a thousand protesters clashed with security forces in Al-Jahra province, north of Kuwait City.

The crowd -- initially 300 people before quickly growing -- was attacked with water cannons. A government spokesman later claimed that the security forces were trying to protect themselves after the protesters started hurling rocks.

Kuwait has been wrestling with the question of rights for noncitizen residents for decades.

The U.S. ally, which borders Iraq and Saudi Arabia, is believed to have roughly 100,000 residents who are not citizens.