Women soccer fans in Iran may be banned from live broadcasts 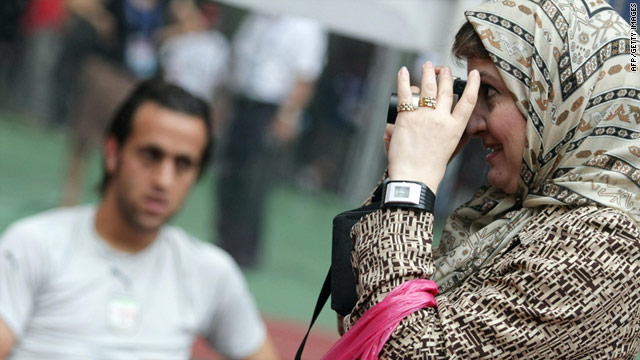 Government officials and clerics say the presence of women at men's sporting events is not compatible with Islam.
STORY HIGHLIGHTS
RELATED TOPICS

A state police agency that monitors Iranian businesses called for the ban because "the presence of women and families at movie theaters increases security risks and inappropriate behavior," ILNA reported.

Movie theaters in Iran's major cities have broadcast matches from this year's Asian Cup, where Iran's national soccer team has advanced to the quarterfinals after winning its first three matches.

The final decision on the ban rests with a government office, according to an official with Iran's movie theater industry.

"Movie theaters operate under the authority of the Ministry of Culture and Guidance, so we're waiting for their decision in this matter," Amir Hossein Alamalhoda was quoted as saying.

Hard-line government officials and clerics say the presence of women at men's sporting events is not compatible with Islam.