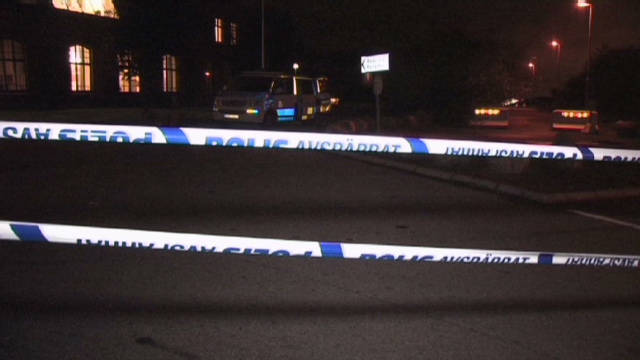 (CNN) -- Three of the four men who were arrested this weekend on suspicion of plotting a terrorist attack in Sweden are of Somali origin, and the fourth is Iraqi, Swedish authorities told CNN on Monday.

In a raid led by a SWAT team late Saturday night, they were arrested on suspicion of plotting an act of terror, the Swedish Security Service said.

Prosecutors have until Tuesday to decide whether to ask a judge to extend their detention or release them.

The four were held in the city of Gothenburg for "probable cause" of preparing the attacks, the highest level of suspicion in Sweden, Sara Kvarnstrom, a spokeswoman for the security force, said Sunday.

She refused to say whether the suspects had been under surveillance or if the arrests resulted from a tip-off, saying she could not discuss details of an ongoing investigation.

"Through these arrests, we have been able to prevent a situation from occurring," Malena Rembe, head analyst at the Swedish Security Service, told CNN affiliate TV4 on Sunday.

Sweden is not raising its terror threat level, which is currently at 3, with 5 as the highest.

There is "no reason for the public to be alarmed. ... These arrests have not changed this threat level," Kvarnstrom said.

An art gallery in central Gothenburg was evacuated shortly before midnight local time, police said, but they declined to say whether it was connected to the arrests.

Police arrested two people in Gothenburg, the country's second-largest city, on suspicion of plotting a bombing in October. They were later released without charge, police said.