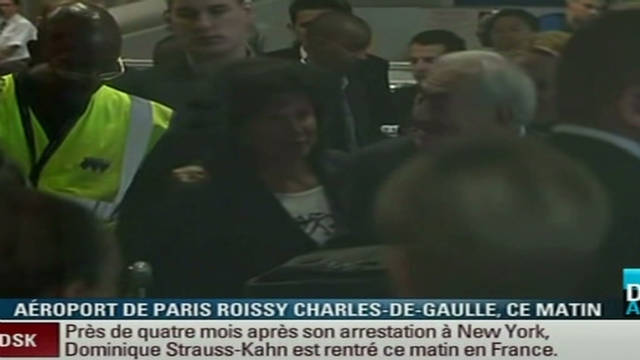 French writer Tristane Banon filed a criminal complaint against the ex-IMF chief in July alleging attempted rape. Monday's interview involved that case, according to Henri Leclerc, one of Strauss-Kahn's lawyers. But Leclerc stressed that Strauss-Kahn has not been charged.

Strauss-Kahn returned to France last week after a months-long legal battle stemming from allegations made by a New York hotel maid.

Questions arose over the credibility of Diallo, prompting prosecutors to back off. In August, a New York judge waived the sexual assault charges against Strauss-Kahn.