Lawyer: James Murdoch must have known about phone hacking 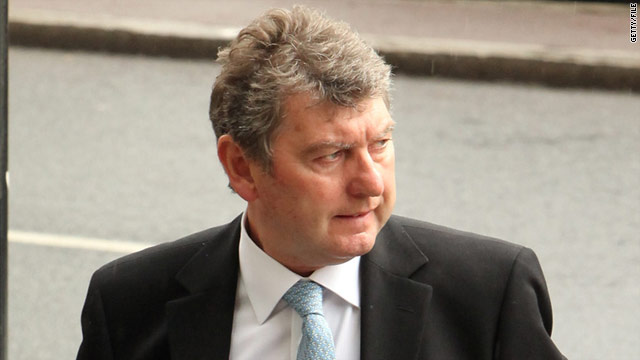 Ex-News of the World editor Colin Myler (pictured in 2009) becomes the latest person to testify in the UK phone hack scandal.
STORY HIGHLIGHTS

London (CNN) -- News Corp. executive James Murdoch must have known that illegal phone hacking at the News of the World newspaper was not confined to the single journalist who was imprisoned for it, a former lawyer for the newspaper testified Tuesday.

Tom Crone, who was legal manager of the paper, said Murdoch would only have given Crone authority to settle a lawsuit against News of the World if he had understood that there had been more illegal eavesdropping.

Crone was one of four former executives grilled by British lawmakers as they try to determine whether Murdoch misled them about the scale of illegal eavesdropping at News of the World.

Murdoch, the son of News Corp. chairman Rupert Murdoch, has repeatedly told lawmakers that an investigation showed no evidence of widespread phone hacking at News of the World. And he stood by his testimony in a statement after the parliamentary hearing Tuesday.

James Murdoch called the testimony of Crone and Colin Myler, the former editor of the paper, "unclear and contradictory," and he said he had given parliament "an accurate account of events."

The scandal around News of the World, which also involves accusations of bribing police, has forced two top police officers to resign and put Prime Minister David Cameron under pressure for hiring a former News of the World editor to be his spokesman.

James Murdoch ordered the paper closed in July amid public fury at the accusation that the voicemail of schoolgirl Milly Dowler was hacked when she vanished in 2002. She was later found dead.

Crone and Myler's testimony came on the same day that a government-backed independent inquiry into the affair held its first hearing.

The Leveson Inquiry opened by taking applications from people and organizations that wanted to participate, including News International, the British publishing arm of News Corp.

The Metropolitan Police, several newspaper groups and more than a dozen suspected victims of phone hacking also applied to be considered "core participants."

Meanwhile, Cameron told lawmakers that the relationship between politicians and the media "needs resetting" after becoming too close, but that it was vital that lawmakers not over-regulate Britain's free and vibrant media.

Testifying before the Commons Liaison Committee, Cameron said he would wait to hear Lord Leveson's conclusions but that he believed an independent regulatory body would be best placed to deal with future abuses.

Chapman was pressed about who had approved a large payment to Clive Goodman, the paper's royal correspondent who was jailed and fired over phone hacking, after he was dismissed from News of the World.

More than a dozen people have been arrested. All are currently free on bail.

It has also resonated across the Atlantic, with accusations that the families of September 11, 2001 victims may have been targeted by phone hackers.

The new round of testimony was prompted by the disclosure of internal papers from News International, the British publishing arm of News Corp.

A key document says phone hacking was "widely discussed" at News of the World.

The allegation is in a letter written by Goodman, who was fighting to get his job back at the time.

The letter reveals that while fighting his dismissal from the paper four years ago, Goodman alleged that "other members of staff were carrying out the same illegal procedures."

Colin Myler, who became editor after Goodman left, said Tuesday he had sat down with each person accused by Goodman of phone hacking and that all had denied it. He said Goodman had not produced any evidence to support his accusation.

The letter, provided to the parliamentary committee by law firm Harbottle & Lewis, goes on: "This practice was widely discussed in the daily editorial conference, until explicit reference to it was banned by the Editor."

The editor at the time was Andy Coulson, who has denied knowledge of illegal practices while he was at the helm of News of the World. He resigned from that position on the day Goodman was jailed, and Myler succeeded him.

Coulson was later appointed Cameron's spokesman but stepped down at the start of this year amid renewed questions over phone hacking. Coulson was arrested and released on bail this summer.

Goodman's letter continues: "Tom Crone and the Editor promised on many occasions that I could come back to a job at the newspaper if I did not implicate the paper or any of its staff in my mitigation plea. I did not and I expect the paper to honour its promise to me."

A News International statement released the same day the committee published the letter said the company was "co-operating fully with the Metropolitan Police and is facilitating their investigation into illegal voice mail interception at the News of the World and related issues.

"We recognize the seriousness of materials disclosed to the police and Parliament and are committed to working in a constructive and open way with all the relevant authorities."