England, Wales to allow cameras in court for the first time 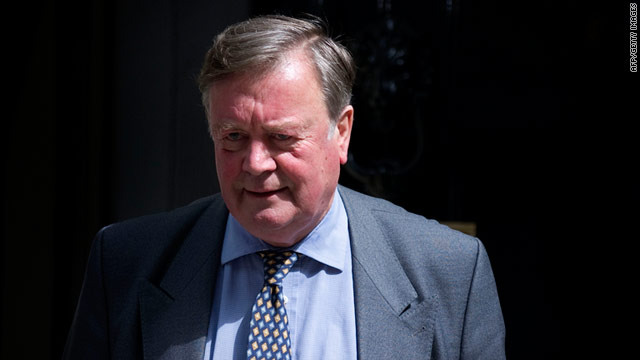 London (CNN) -- Television cameras are to be allowed into courts in England and Wales for the first time, Justice Secretary Kenneth Clarke announced Tuesday.

The new law will allow the filming only of judges delivering summaries, not victims, witnesses, defendants or juries, the Ministry of Justice said in a statement.

It will also permit filming only from the Court of Appeal, with the possibility of later expanding to Crown Courts, which handle serious criminal cases such as rape and murder.

The aim is to "improve transparency and public understanding of court," Clarke said.

Lawyer and broadcaster Mark Stephens, of the law firm Finers Stephens Innocent, praised the move, saying England and Wales were among few countries in the world still to have a blanket ban on cameras in court.

"This is a very welcome, if cautious and tentative, step towards opening up the court system," Stephens told CNN.

Seeing the process in action would help people understand why certain sentences are given, he said -- a subject that has been widely debated as many of those accused of involvement in rioting in England's cities last month have appeared before the courts.

The ban on filming in courts in England and Wales dates back to 1925 and will require the passage of new laws to overturn, the Justice Ministry said. No such ban exists in Scotland, although cameras are not widely allowed into courtrooms.

The ministry said consultations with the judiciary are planned that would cover newer technologies that could provide for live broadcasts.

Filming in courtrooms has been tried already in courts of appeal, Stephens said, although the footage was not broadcast. The trial reassured many members of the judiciary that their concerns could be dealt with in cooperation with broadcasters, he added.

"Clearly there will need to be safeguards in some cases involving the young and the vulnerable, but in most cases I see no reason why there should not be a virtual public gallery," he said.

"It will have the effect of instilling a greater -- and justifiable -- sense of pride in, and comprehension of, the way in which our justice system works," Stevens said, adding that cameras would boost public scrutiny of judges and court proceedings.

Data that will be compiled will include "the sentence given, the court, the age group, gender and ethnicity of those sentenced, and the time from when the offence was committed to when the case was complete," he said.

The government wants "to allow everyone to see what is happening and how the system works," Clarke said.

Court-by-court statistics will start to roll out later this month, he said.

CNN's Laura Smith-Spark and Jo Shelley contributed to this report.